From reading the cards it seemed like White/Red was the best color pair for Allies. I was wrong. There are some strong Allies in White/Red, but without all of the money cards the deck just does not pack a punch. Here is the final deck. The draft deck is even less useful. If Angelic Captain was a four drop and Munda was a five drop, the deck would work. As it is, I need to wait until I drop Angelic Captain and then drop Munda to filter for Allies. I am not done with the two color Ally decks, and the White/Black one works on its own. This deck has helped me learn the strengths and weaknesses of individual Allies for building a three or a four color Ally deck. Hope you have better luck with it than I did. 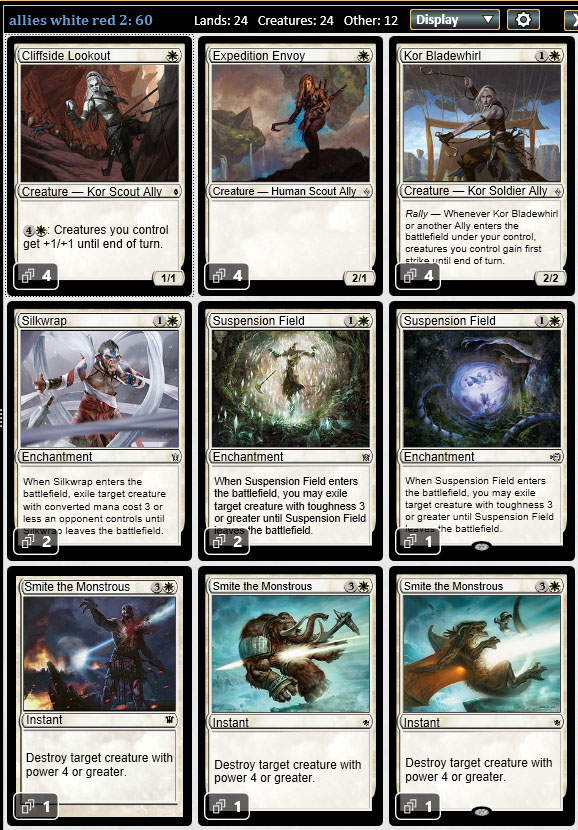 The best moments for this deck is when I take out a big threat with Smite the Monstrous or when I temporarily exile some other fatty with Suspension Field. 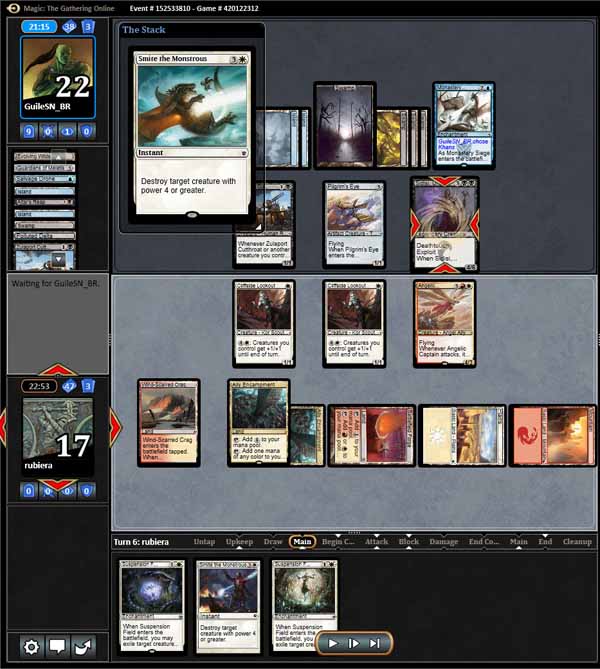 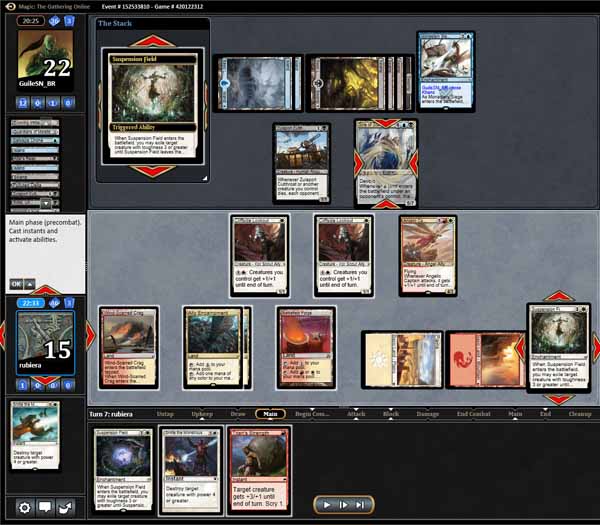 Only against the weakest of the weak decks was able to hit with Angelic Captain.... that sucks. 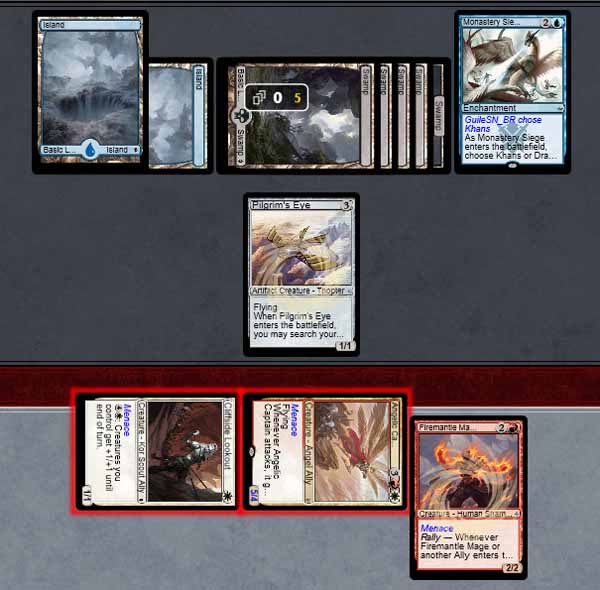