Here are two epic losses. The first one: Languish board wipe. 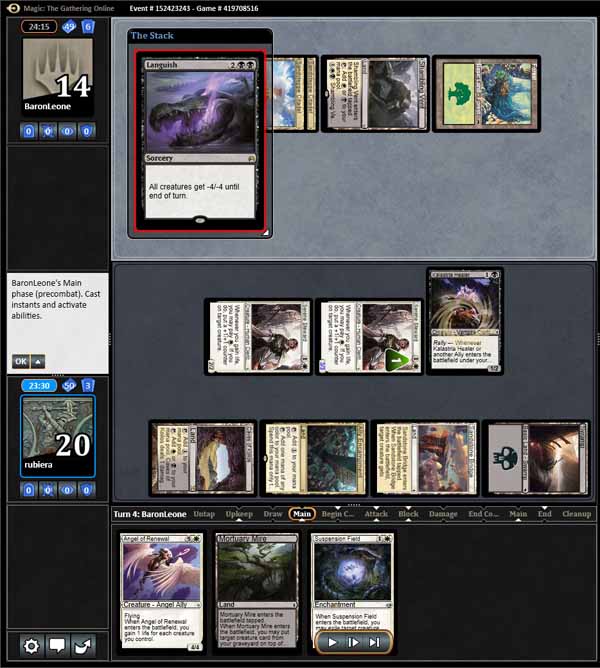 And then I face a board full of money cards. No Fun in Just for Fun. 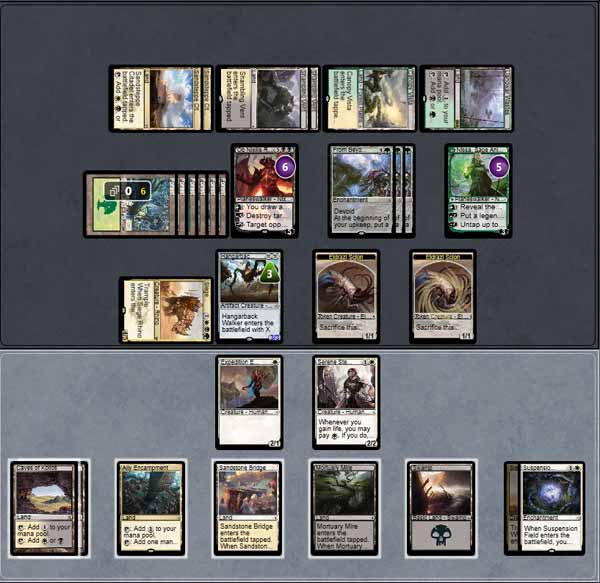 Second loss was actually interesting. Emeria Shepherd is a really good late drop. It reads: "Flying Landfall — Whenever a land enters the battlefield under your control, you may return target nonland permanent card from your graveyard to your hand. If that land is a Plains, you may return that nonland permanent card to the battlefield instead." Here I boost my flyer and take out Gideon. 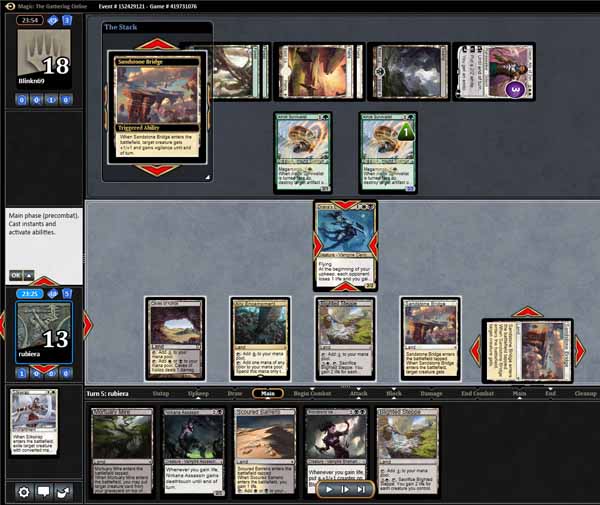 The Ally triggers cascade. One ally gains life, the other gets counters. 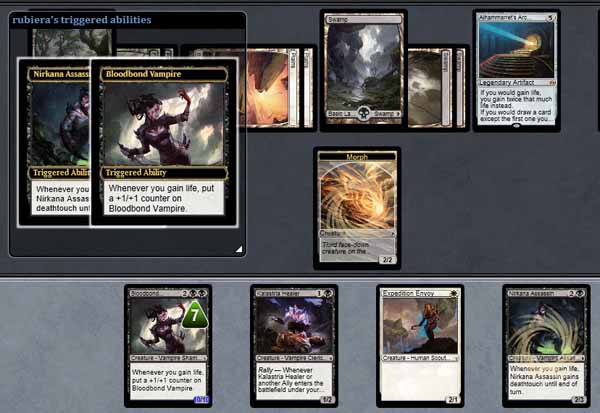 And the other gains Deathtouch. 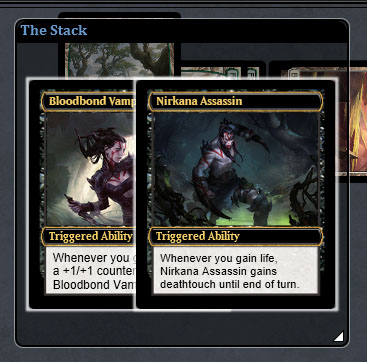 I have my opponent close to done, but not quite. They can sacrifice creatures to gain one life and draw one card with Vampiric Rites. Then with a land drop they can get that creature back or some other creature, or a Plains to trigger later Landfalls. Emiria and Vampiric Rites pulled this win out of a very near loss. 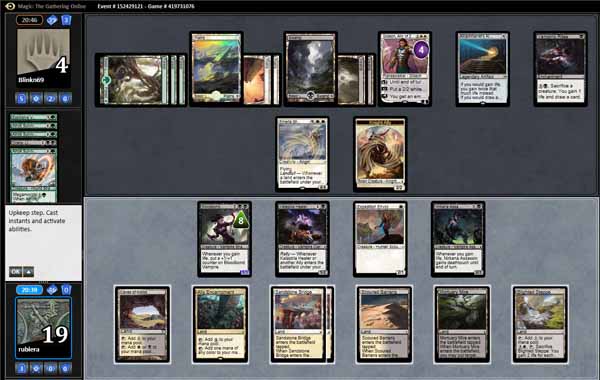 I was able to drop an Ally to trigger a 3 life drain, and every time my opponent had a creature other than the two Emerias to sacrifice to survive until more of the money cards could drop. 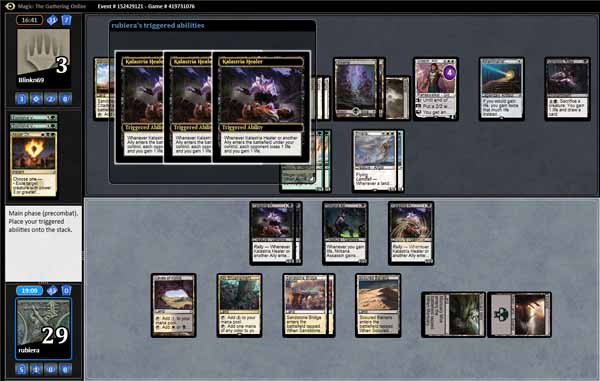 Here is the Vampiric Rites trigger. Its a great enchantment.

My opponent was able to ultimate a Gideon, and drop all of the other money cards of the current format to the board. 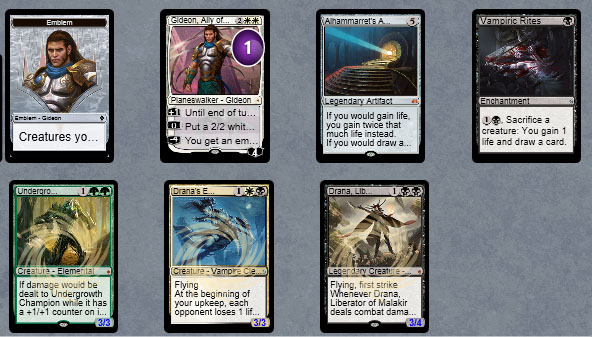