Magic 2012 has three artifacts that combo-off. I have pulled these from packs, and always wondered how they worked. They seem like a nearly impossible combo to pull off, even in Modern Just For Fun, just because the decks in that forum are usually very powerful. Here is the deck. 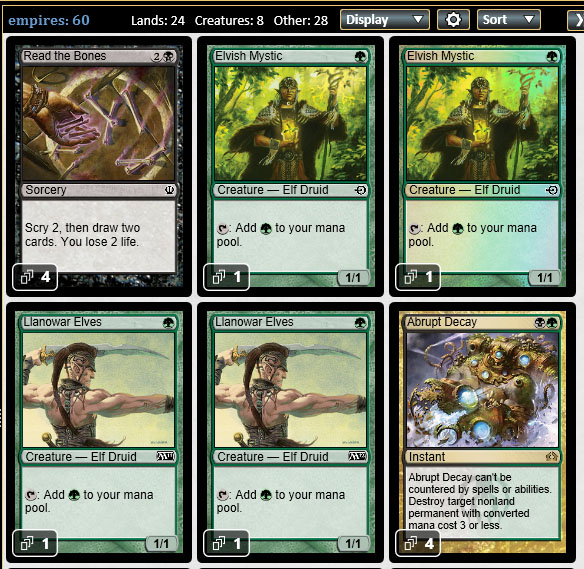 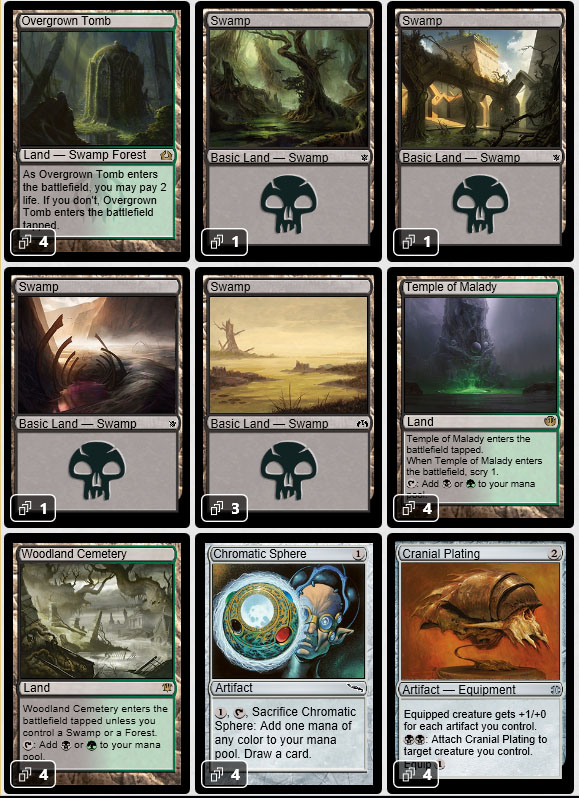 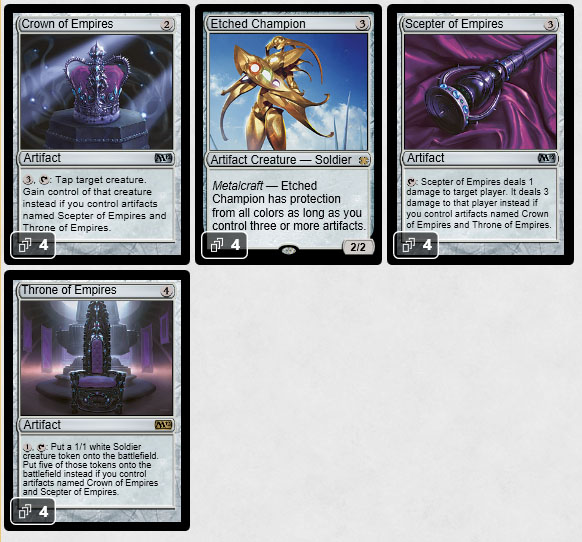 Crown of Empires taps by itself, and lets you gain control of a creature when you have the combo of all three artifacts on the board. Scepter of Empires hits player for 1 alone or 3 with the combo. Throne of Empires drops 1 (alone) or 4(in the combo) 1/1 tokens for 1 mana. The scepter is the best one of the bunch because your opponent may not have any creatures, and your tokens may not be able to cause enough damage, at least during the first or second turn with the combo. Eventually the tokens can take over the game, but in most games I won I found myself hitting for 3 for the win. My build uses the Etched Champion / Cranial Plating combo as an alternate win condition-and a very reliable one. This deck feels like Red Deck Wins. Either you pull your three artifacts in the first few turns, or you pull your  Etched Champion / Cranial Plating combo in the first three turns, or you lose.

Here I win against a very good Abzan deck. 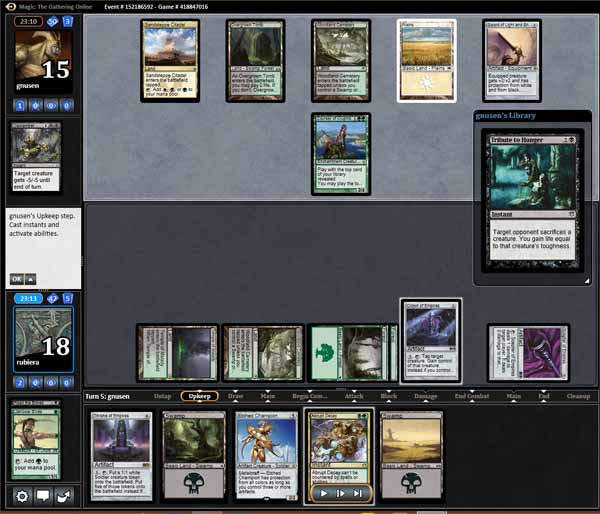 I am in combo mode here. 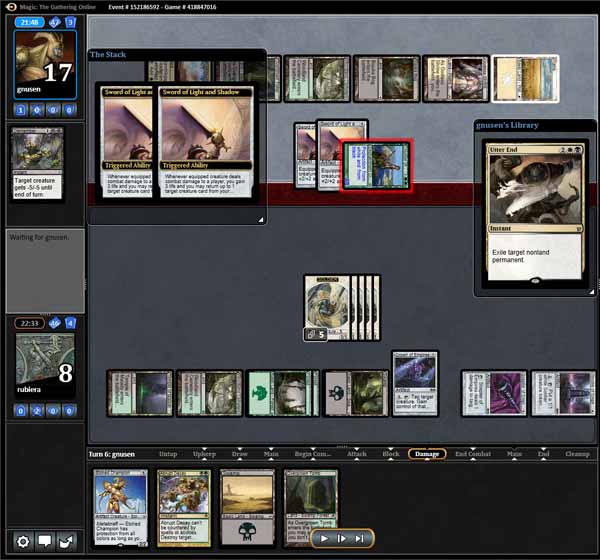 My opponent chose to exile the artifact for which I had a second copy in hand... I got lucky. 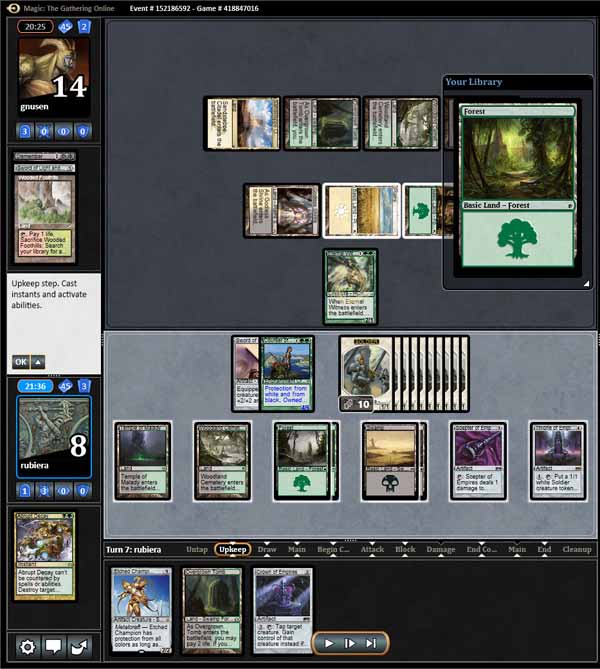 Here is another win. My draw hand is a God hand for this deck. 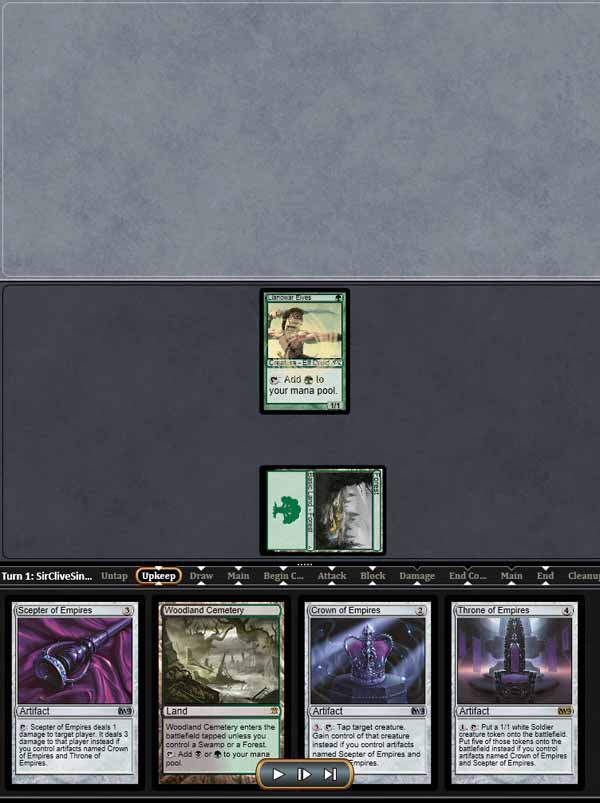 I won several times against a prison deck. It allowed me to combo and then hit for 3 every turn. 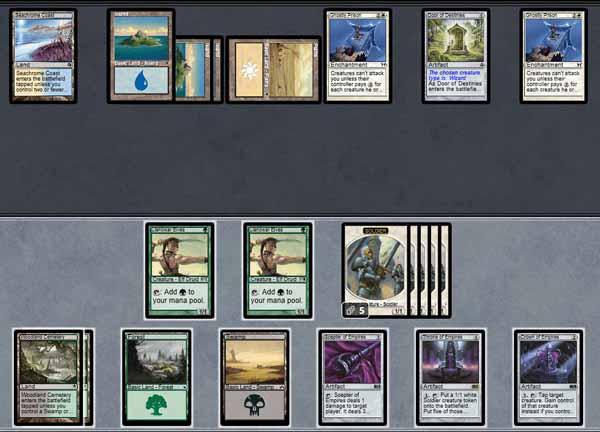 I even took over my opponent's creature. The sea of tokens is useless in this game. 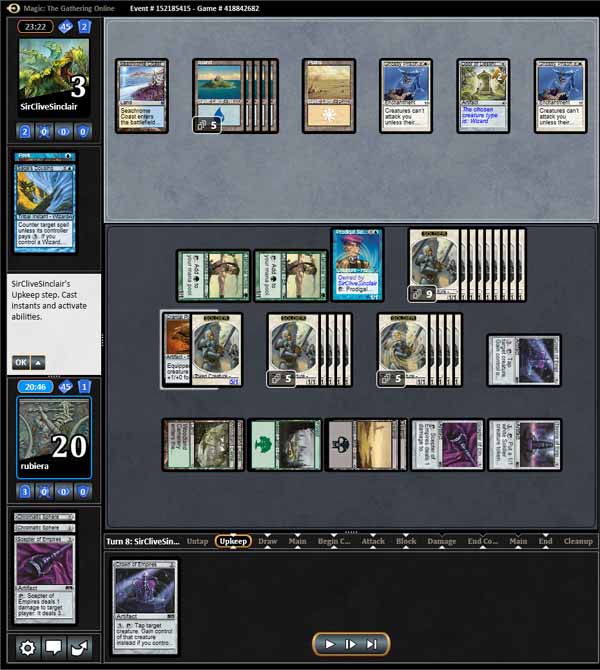 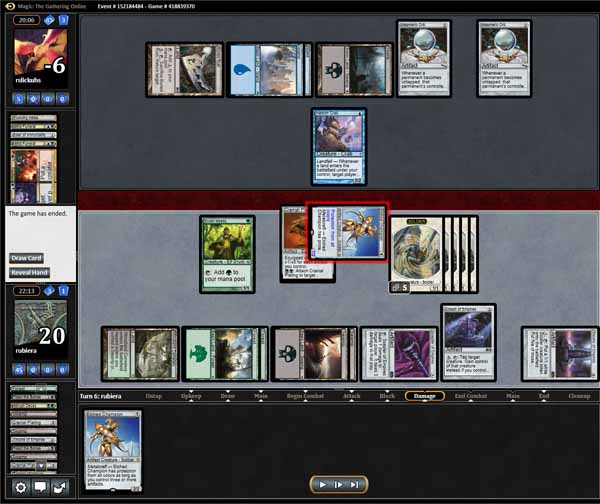 I was down to three cards in my library. 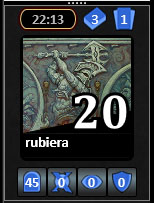 I am hitting for 7 every turn. 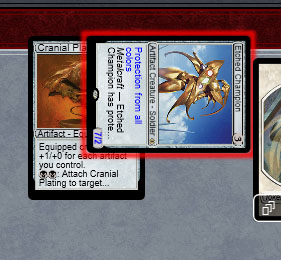 And this is my favorite win. My opponent was playing Opportunity Storm, a card I need to understand better. When Emrakul hit the board I had my combo and knew I could make tokens just to feed Annihilator 6. 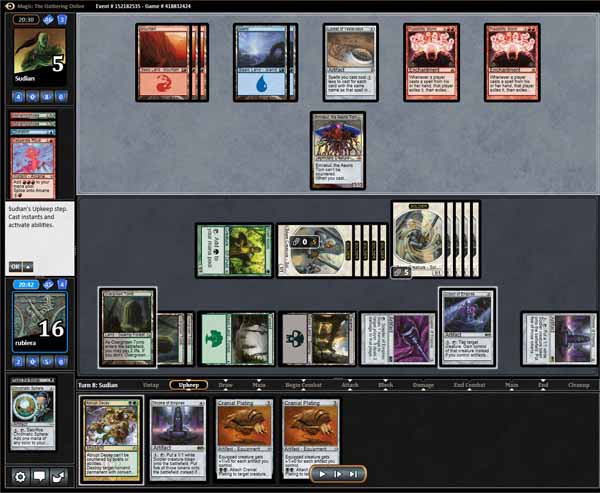 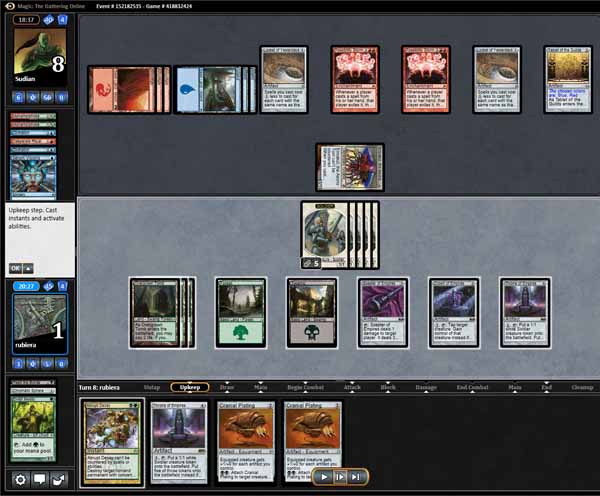 And I can swing with my tokens for the win. Sweet! The Empires combo is a lot of fun, yeah! 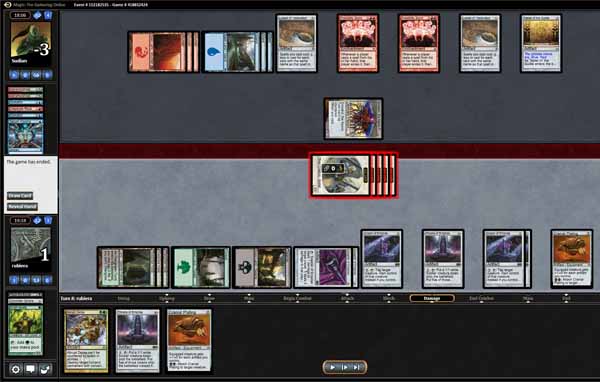