I have these as paper cards, except for the mana base. I made the decks online and tested them in solitaire. I can't play them against anyone at the moment because there isn't a room online for truly casual decks. The 'Just for Fun' room is really the 'almost tournament ready' room.

These are all before Kaladesh.

Deck 1: White Blue with emphasis on Investigate. Most of the creatures are Spirits, but there aren't enough creatures to make this a truly tribal deck. 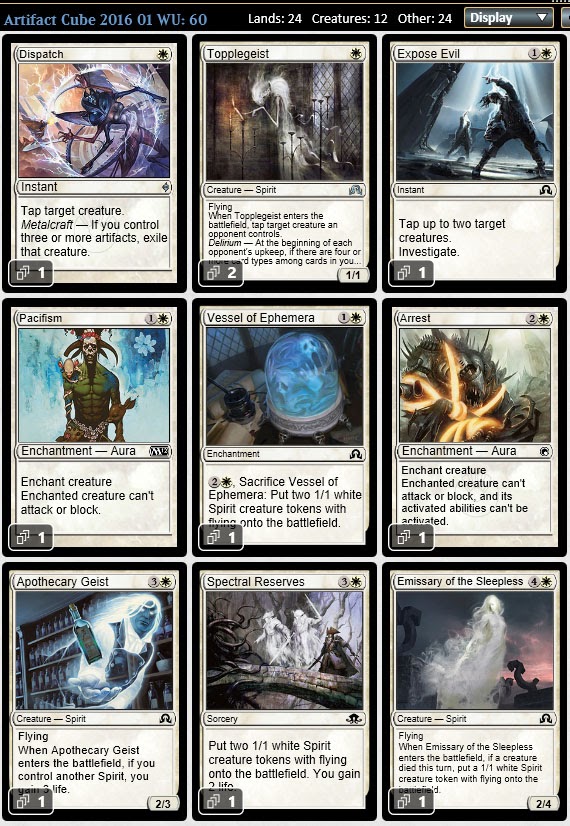 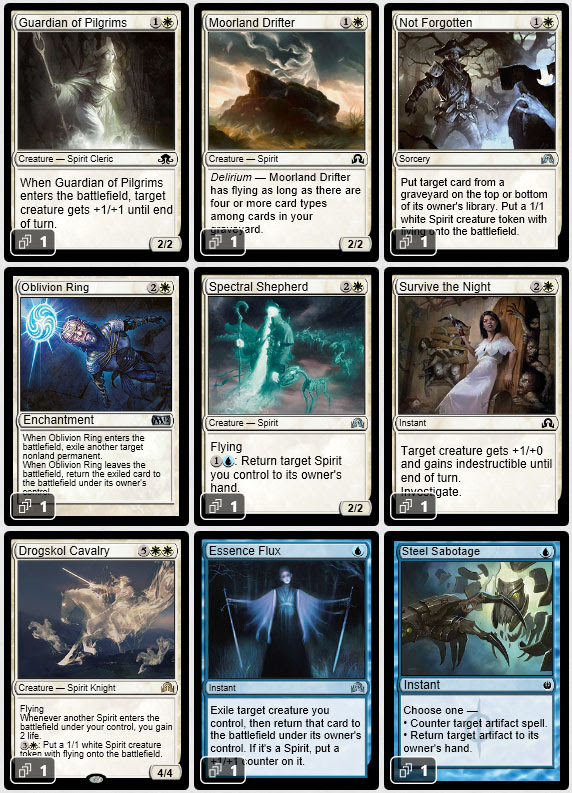 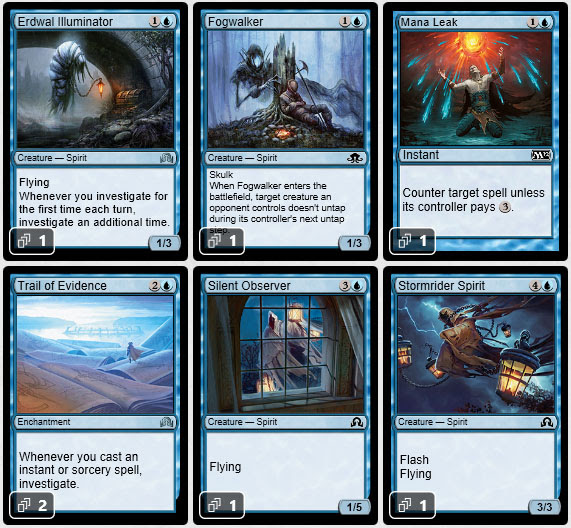 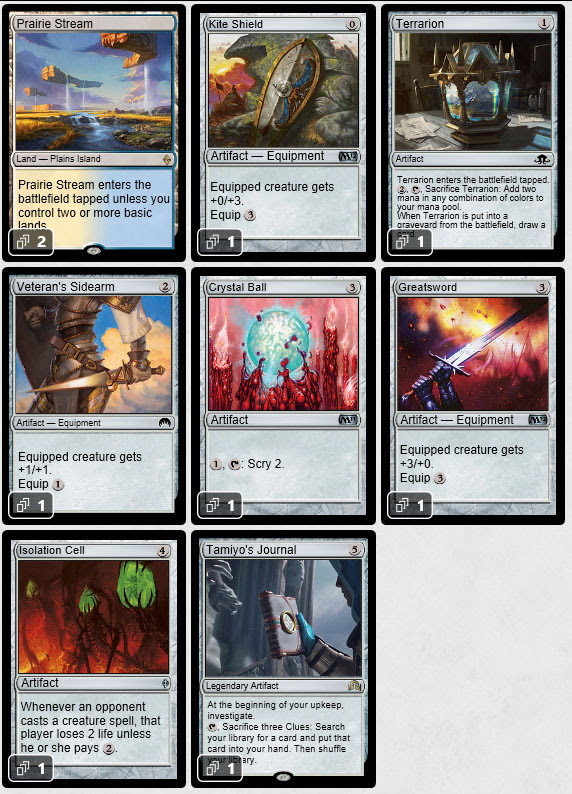 Trail of Evidence really shines in this deck. 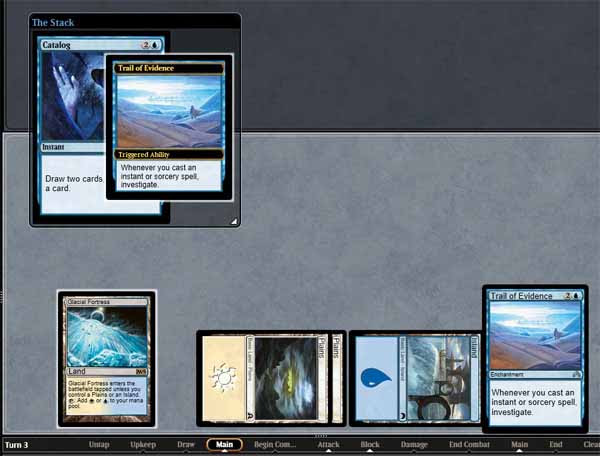 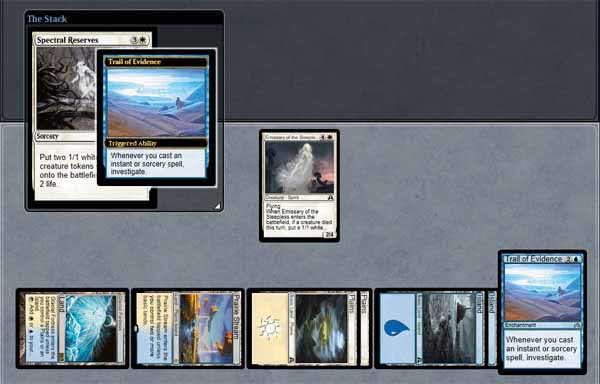 In solitaire I can get to really sweet Spirit boards. 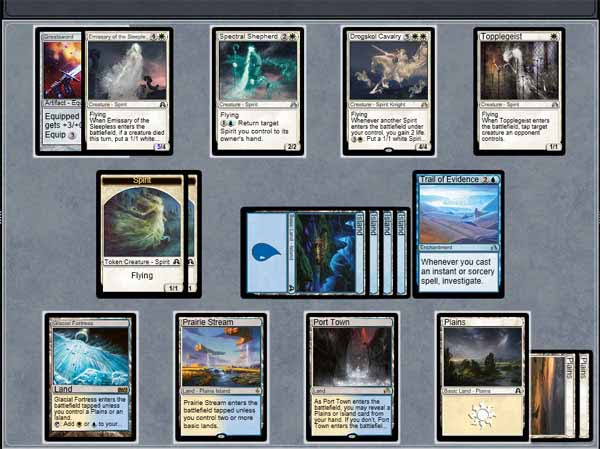 Deck 2: White Black mostly tokens with an emphasis on Extort. 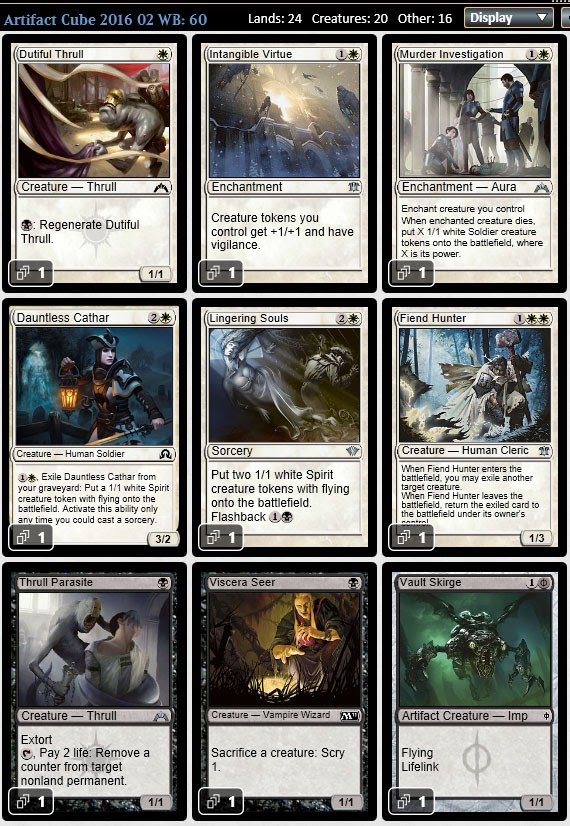 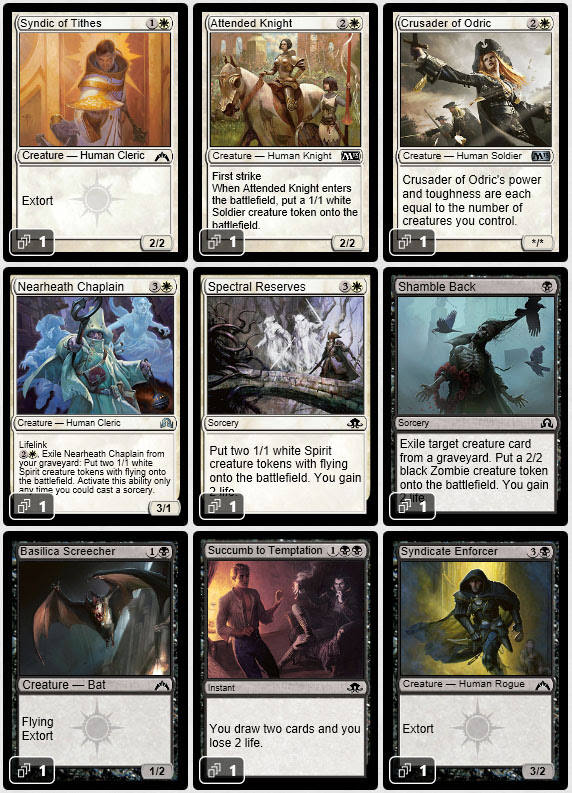 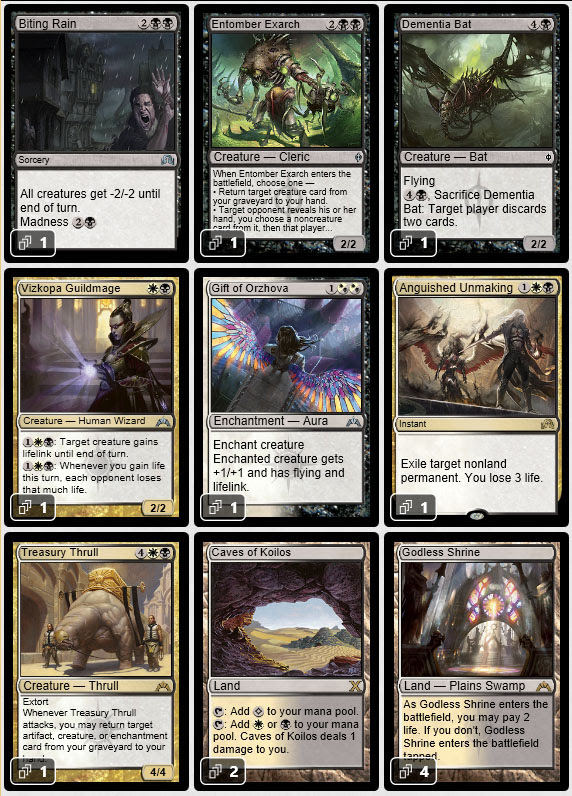 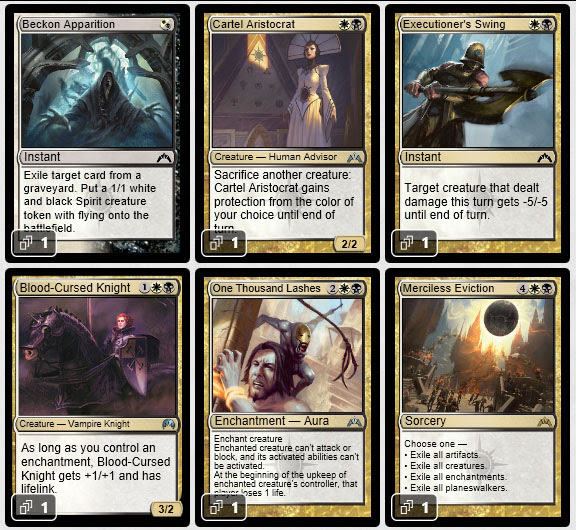 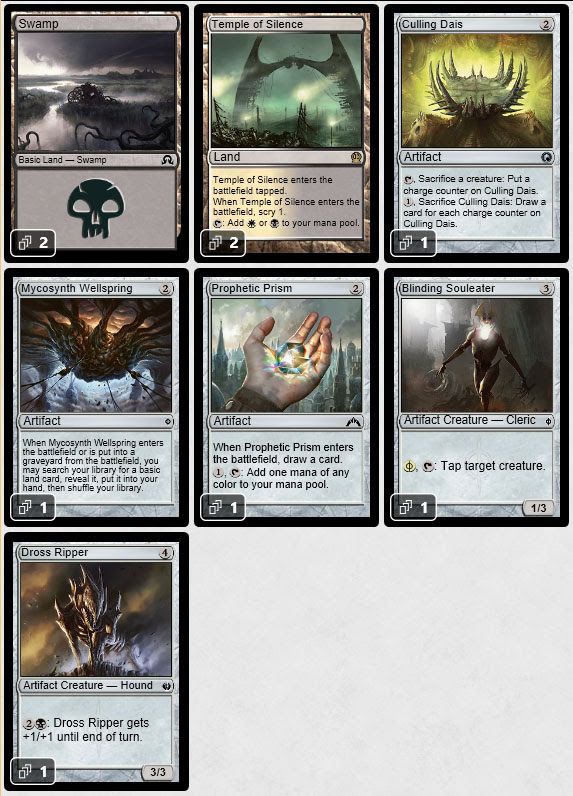 Thrull Parasite is one of my favorite creatures of all time. 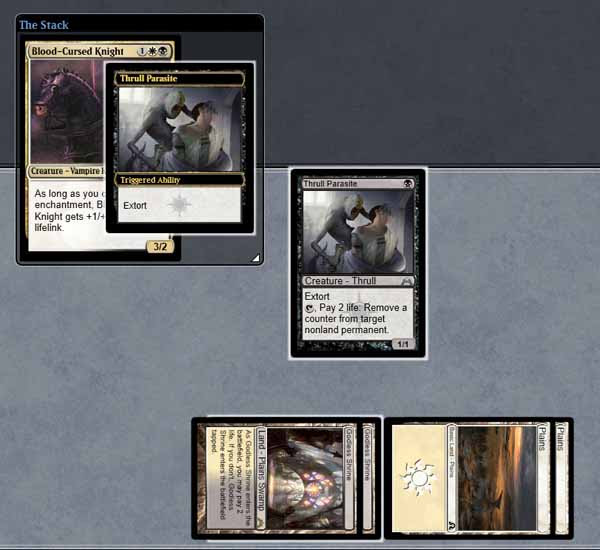 As long as you don't get board-wiped or face a lot of target removal, Crusader of Odric can come in with many creatures on the board and gets bigger mid to late game. 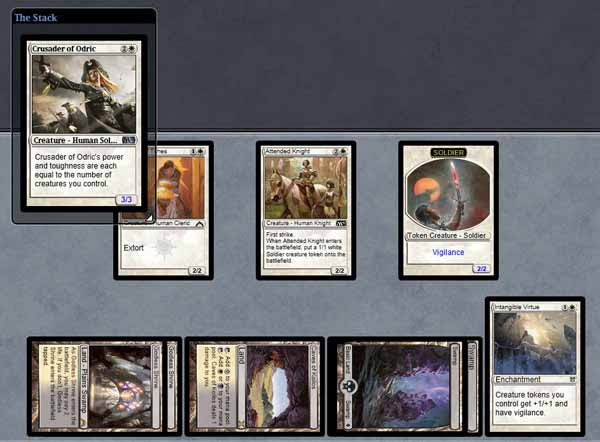 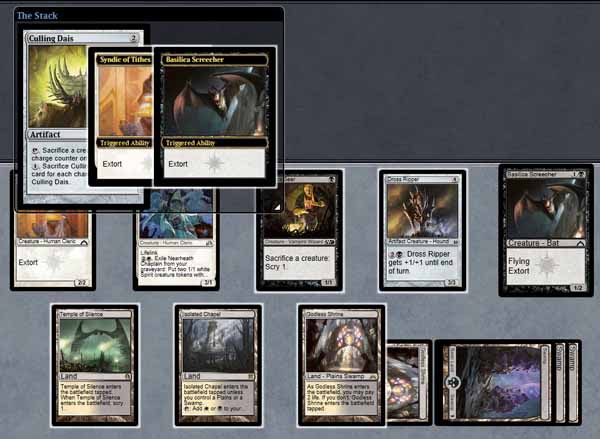 Deck 3: Mono-black with an emphasis on sacrifice. 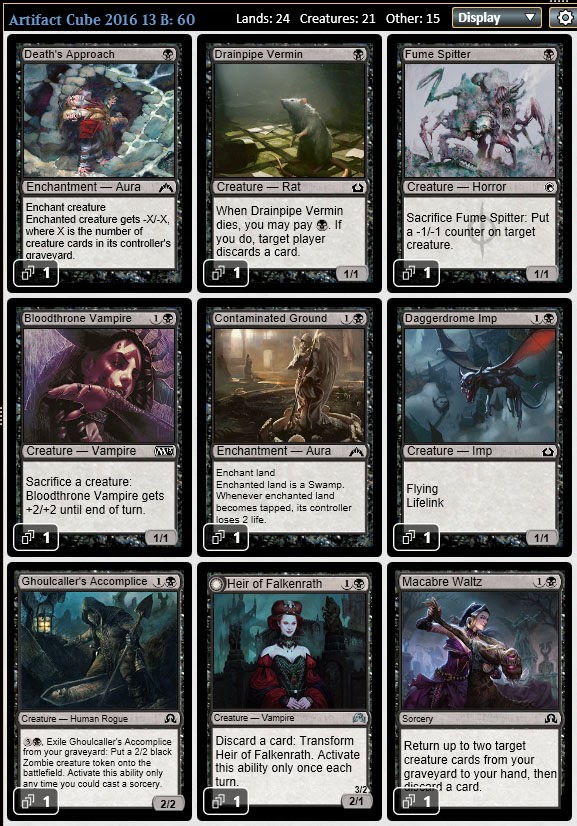 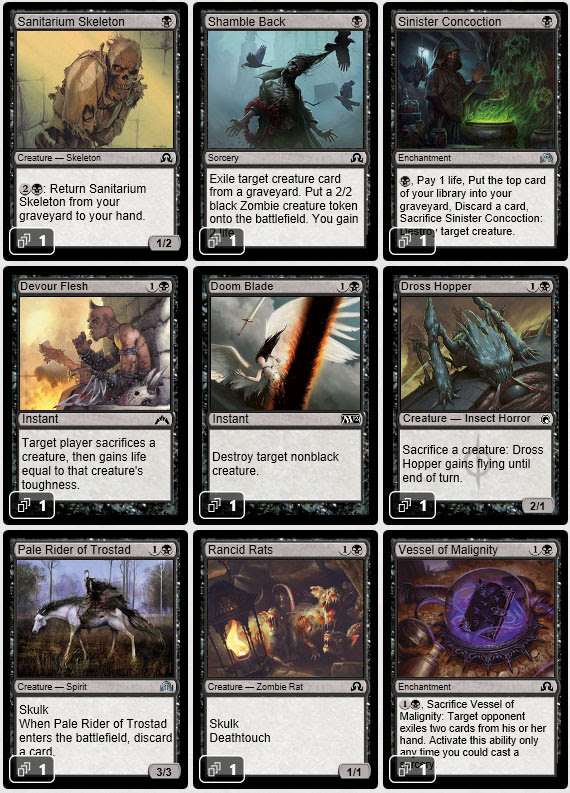 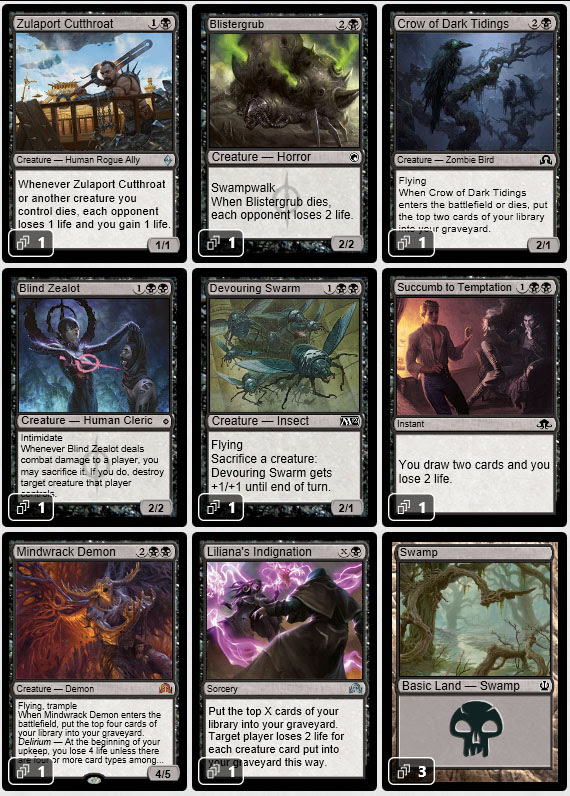 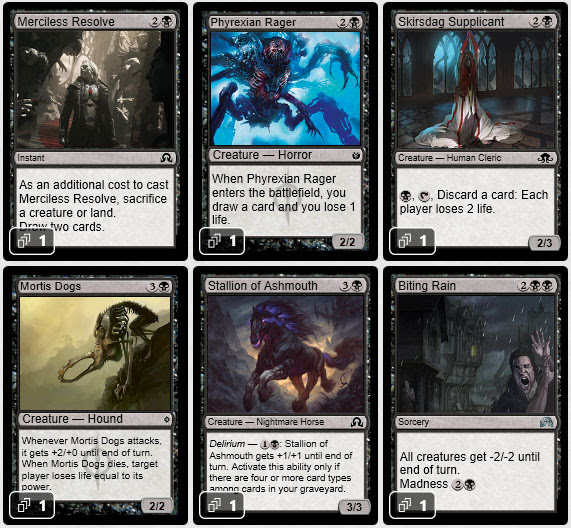 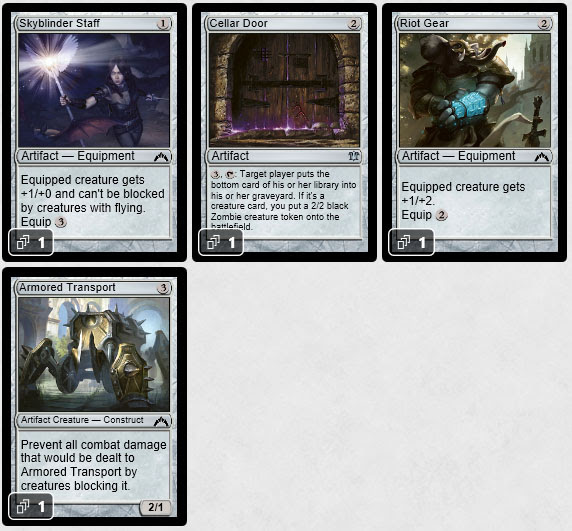 I can get creatures out of the graveyard, and I can sacrifice them for various reasons and to obtain various benefits. 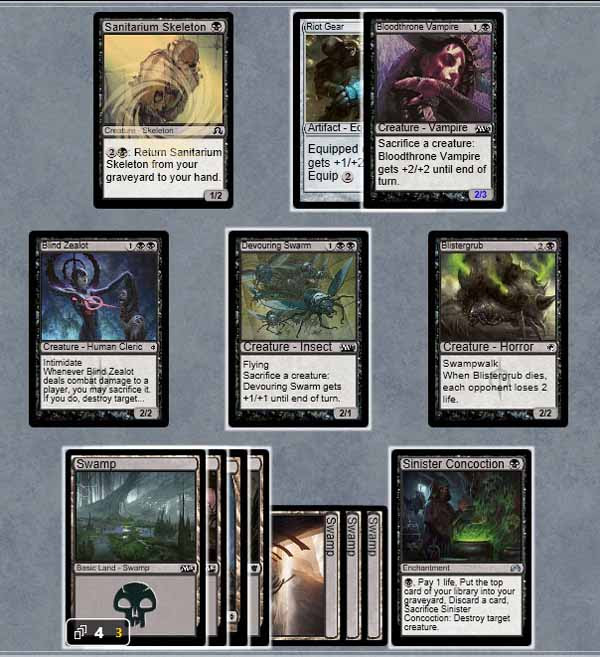 Here I net a 2/2 zombie from Vessel of Malignity.