Blue/Green is the 'power couple' of Energy in Kaladesh. Here, I have some fun in Solitaire Vintage with it. This version is more of a Rashmi build-around. 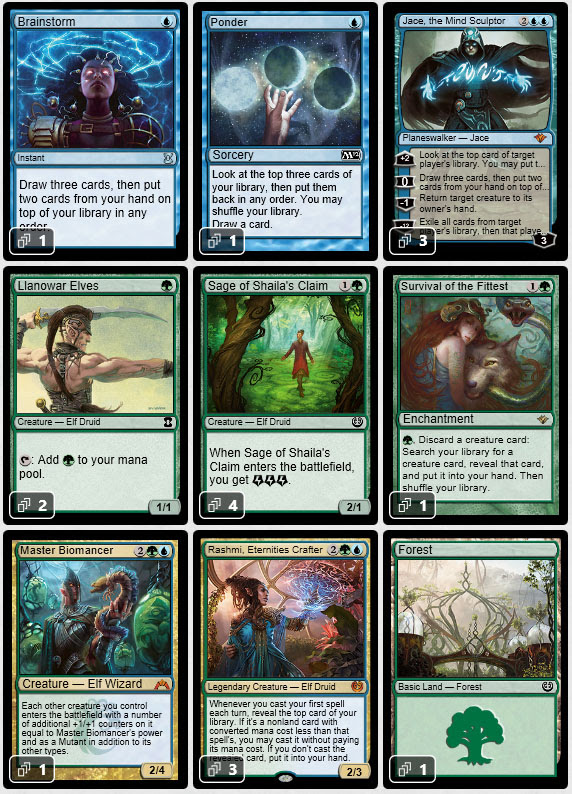 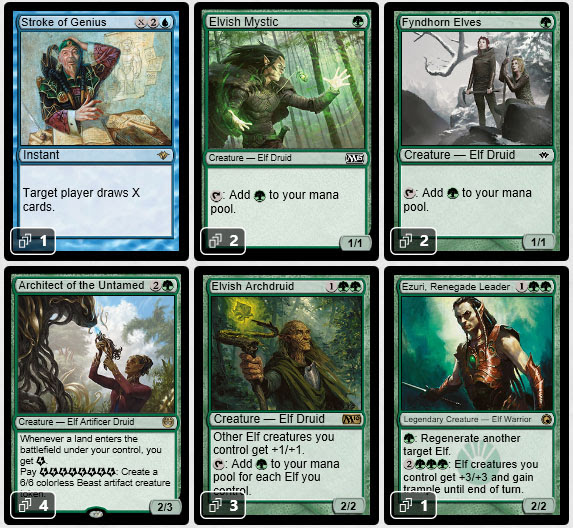 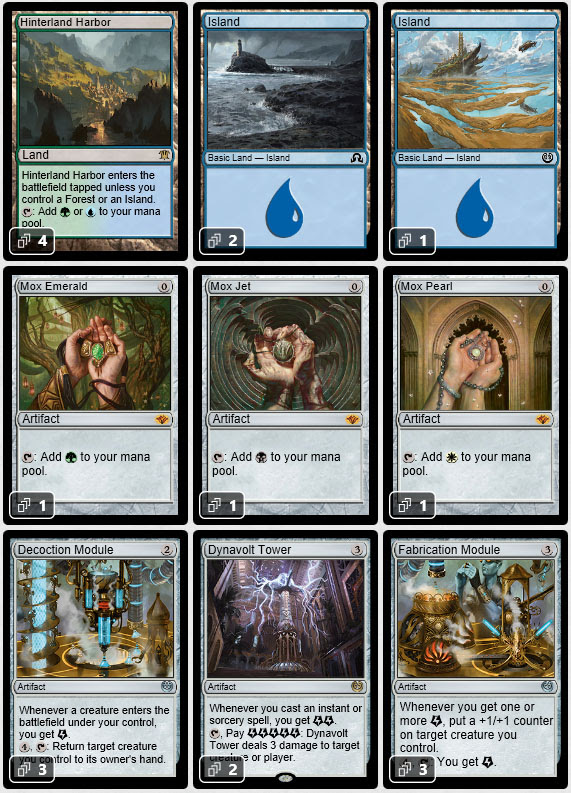 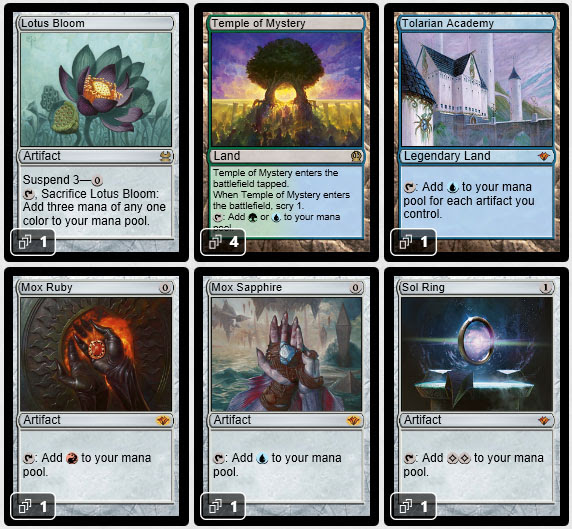 This deck is a lot of fun in Solitaire in a 'pretty fish tank' sort of way. It has some incredible turn 6 blow outs. But this is shadow boxing. You play this deck just to see the cards interacting, not because you are training for a Vintage tournament. Here, I hit to -37 life.

Turn 5 end state. Ezuri is the blow-out card in this deck. 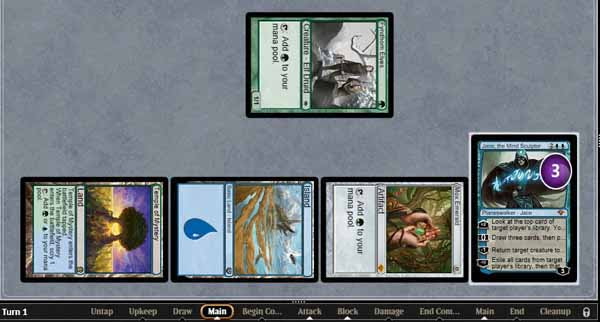 And that blow-out start led to this awesome turn 2. 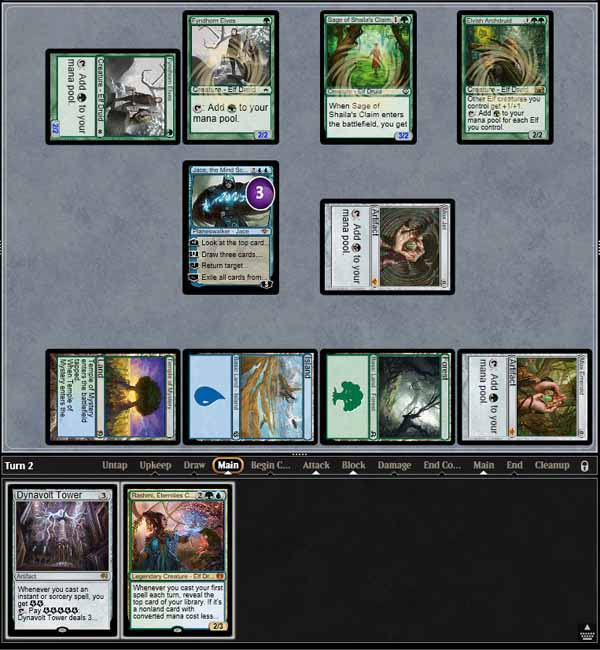 And this is the same game by turn 4. 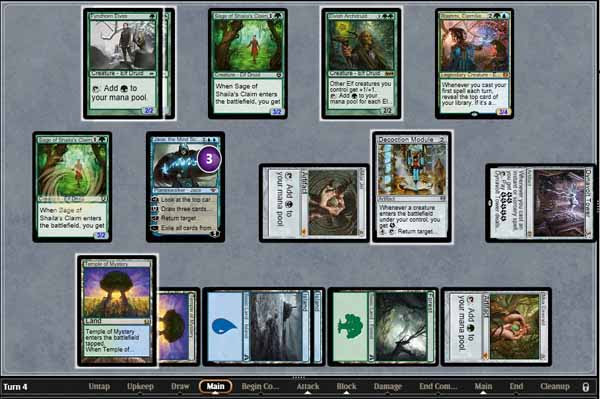 I let it play on a little longer just because I want to have a blow-out one turn later than the "win" turn.

Turn 5 end. The deck is fast enough that I don't get too much mana out of Tolarian Academy. Look at all those fun triggers for counters. 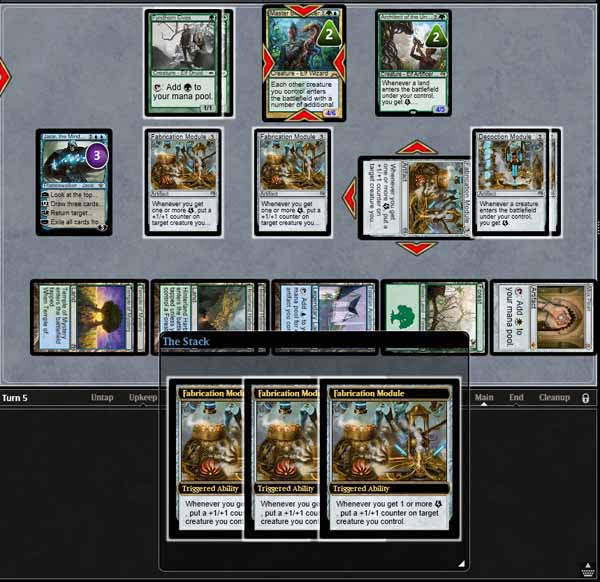 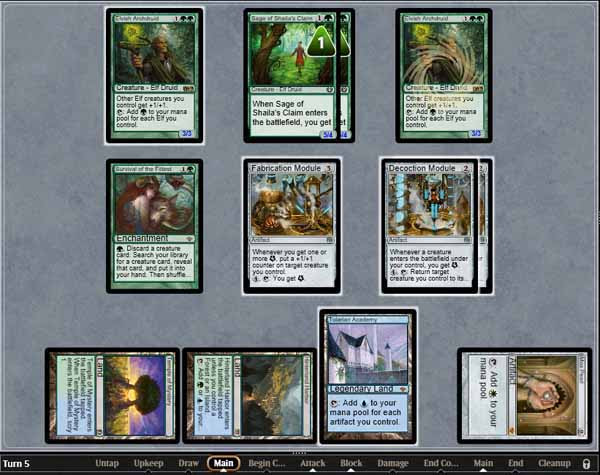 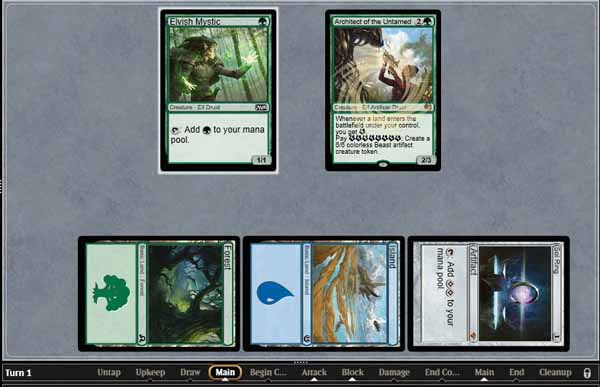 Rashmi is fun. It will take some thinking to put it in the deck it as meant to be in any of the constructed formats. The deck needs a solid mana ladder. You want to cast something for 4, and then have a non-land 3 drop on top of your library. 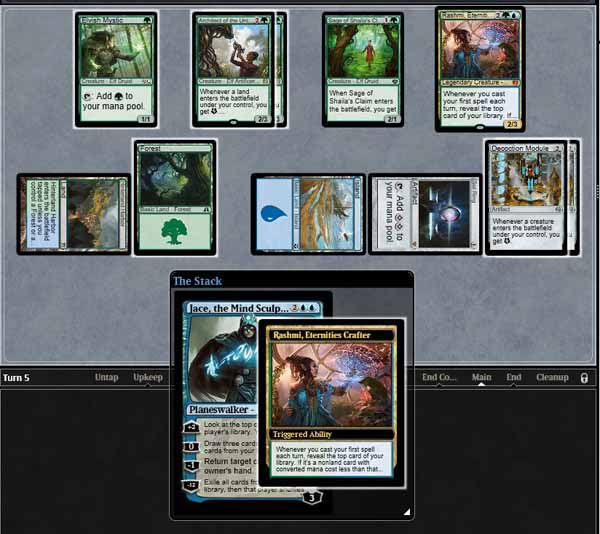 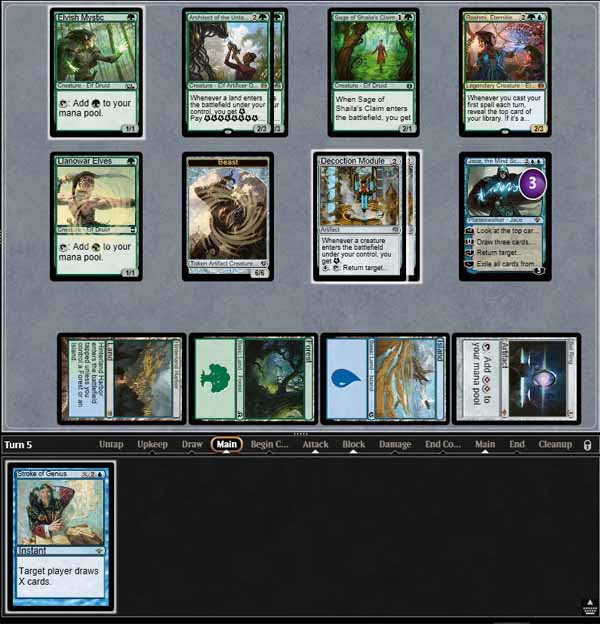 Ezuri for the win in turn 4. 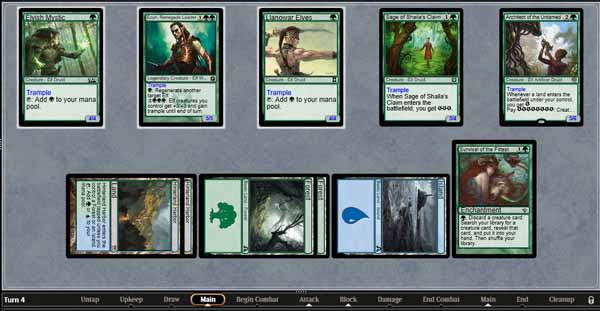