I am a huge fan of the 'your deck is my deck' archetype. But I made the mistake of not abiding by that archetype when I built this deck. Then I lost a couple of games and realized that I could take my opponent's pried possession with this deck. Confiscation Coup can cause a game winning flip for you in this deck. 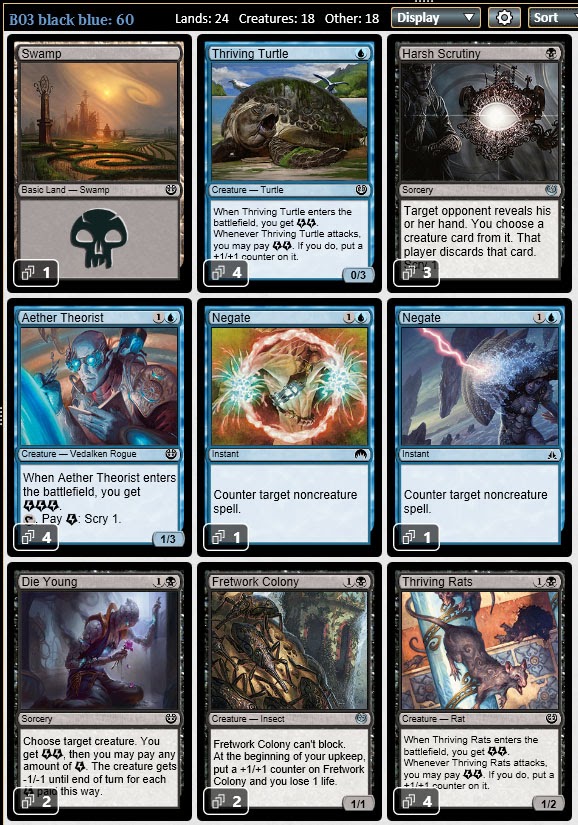 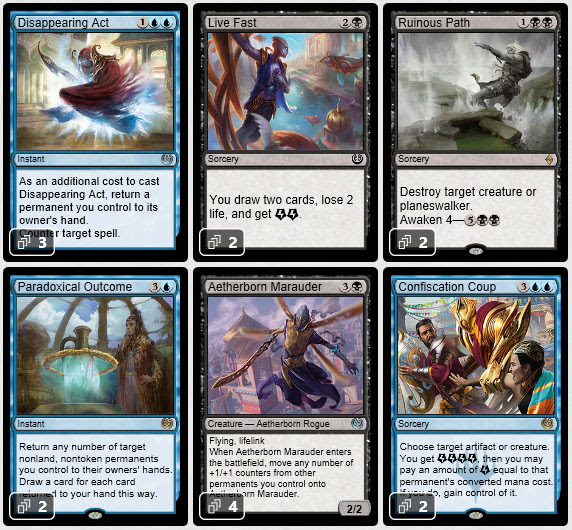 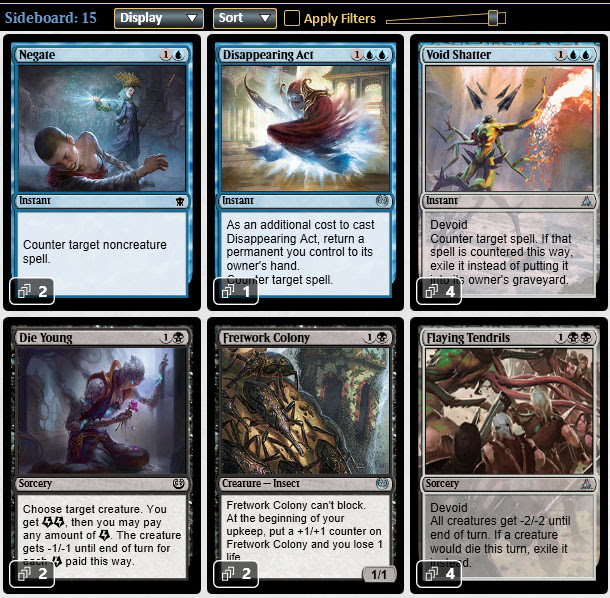 I played against a deck against which I was helpless. I could not disrupt my opponent in any way. They could use Tamiyo's Journal and Aetherflux Reservoir with impunity. 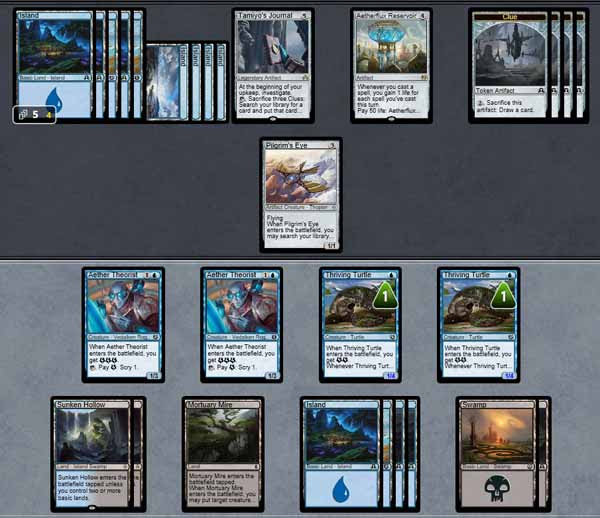 And then they could reshuffle their graveyard into their deck with Perpetual Timepiece and play all of their tricks all over again.

Here they use Tamiyo's Journal as a tutor. 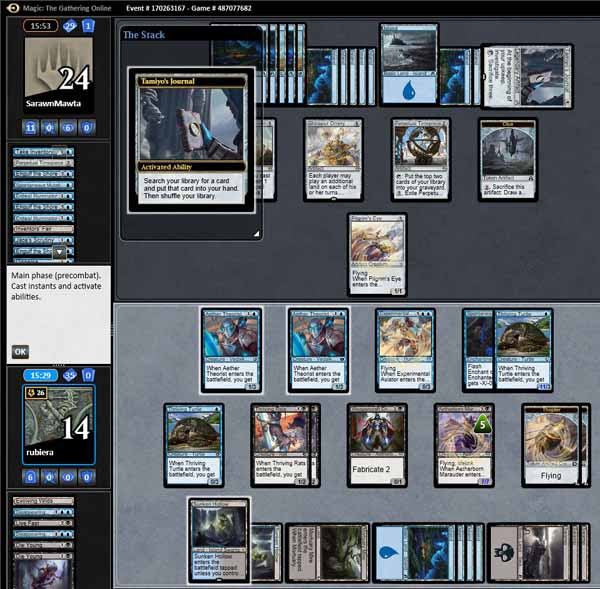 And the card they tutor, Engulf the Shore, takes all of my creatures back to my deck, making me lose all of my counters. They played this trick several times in this game. 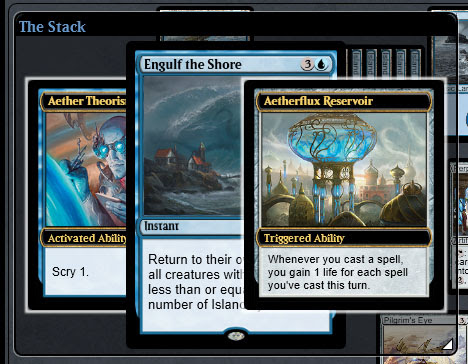 Sigh, now I have to cast them again. 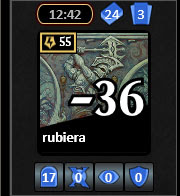 Next time against another player's Aetherflux Reservoir, I had a better game plan. I countered their first one. 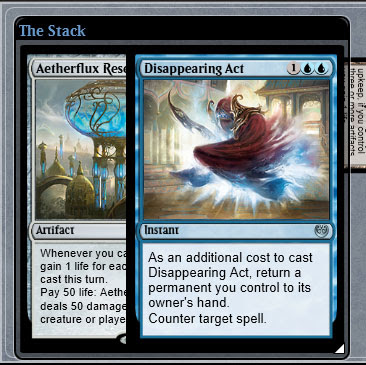 Then I drew cards and gained more enter-the-battlefield Energy. 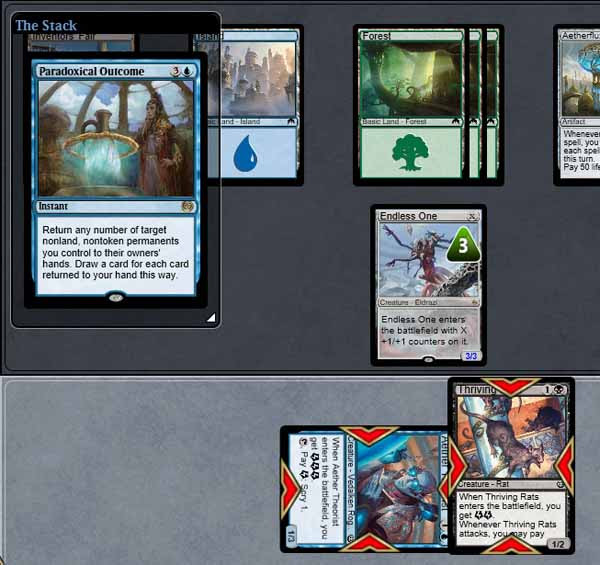 And I took over their second Aetherflux Reservoir.

Oh, and then I took over their third Aetherflux Reservoir. 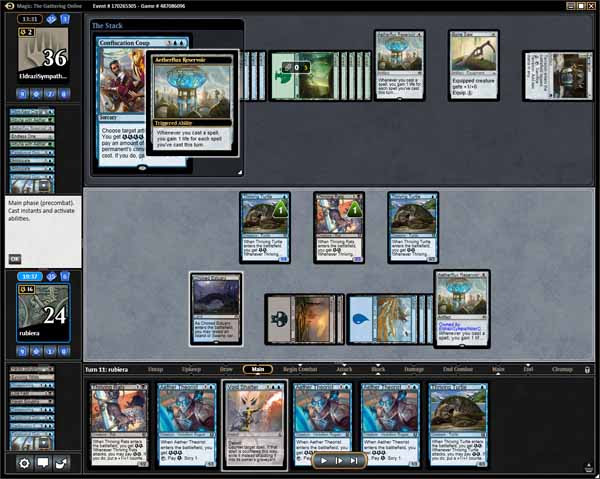 Now I can gain tons and life AND Energy! 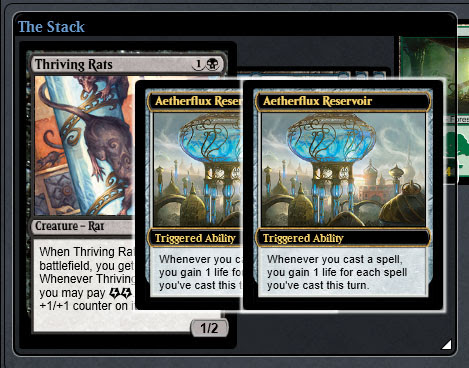 And I can attack with impunity. 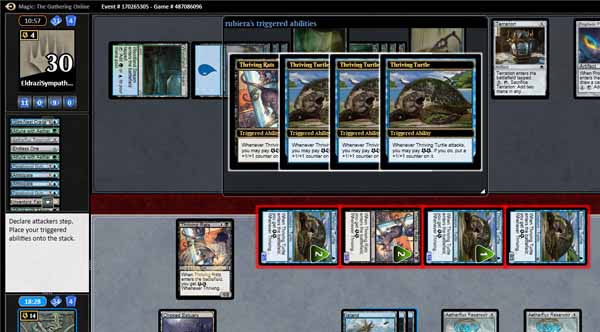 Finally, I counter their fourth Aetherflux Reservoir. That was a game-winning move. 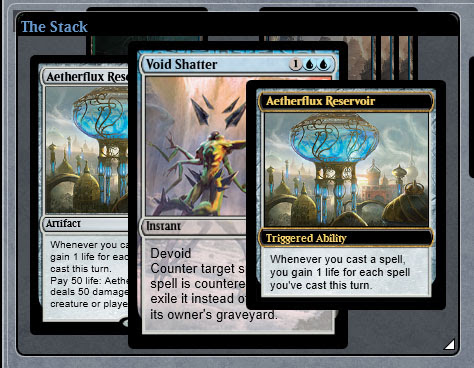 Here, I place my opponent's super critter in their graveyard. My opponent gave up after this. Some players don't like to play against this type of deck in 'just for fun,' which I can understand. With this deck, I can either force them to discard their key creature, I can counter their key combo piece, and if these two don't do the job, I can take over their favorite creature or artifact after they cast it.