Here is one of my favorite types of games. It is very annoying for tournament players to use us casual players as training punching bags in 'Just for Fun.' I played against one of these decks. My opponent's game plan is to reanimate the White or Red Gearhulks, and if that fails, hard-cast them. Here comes the first Cataclysmic Gearhulk, or 'Balance on a stick.' 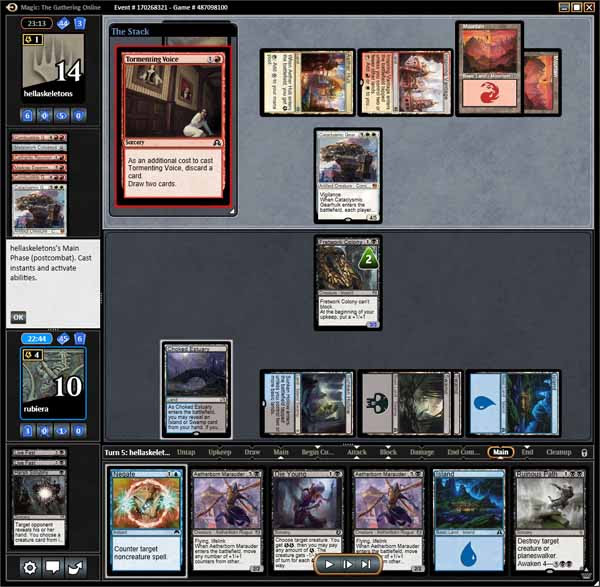 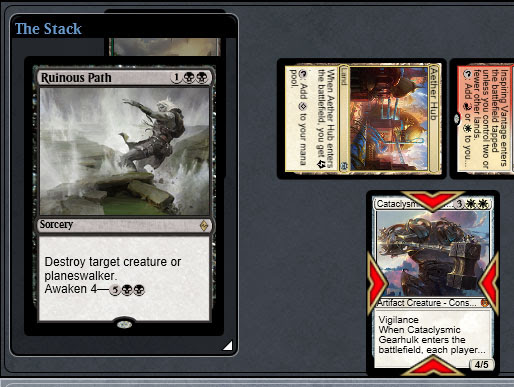 Here I counter Refurbish to forbid my opponent from reanimating a Gearhulk. 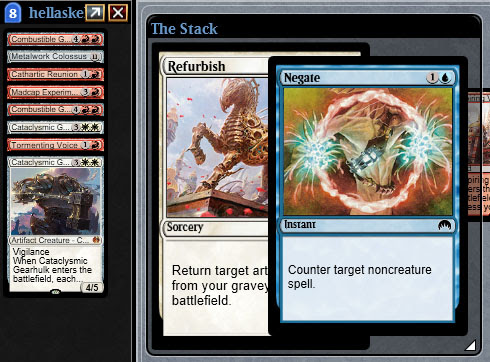 Here I sacrifice one of my creatures. 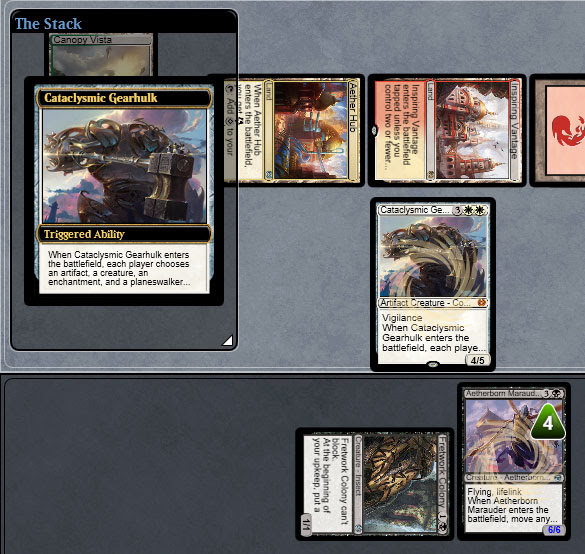 Removed for the win of the first game in the match. 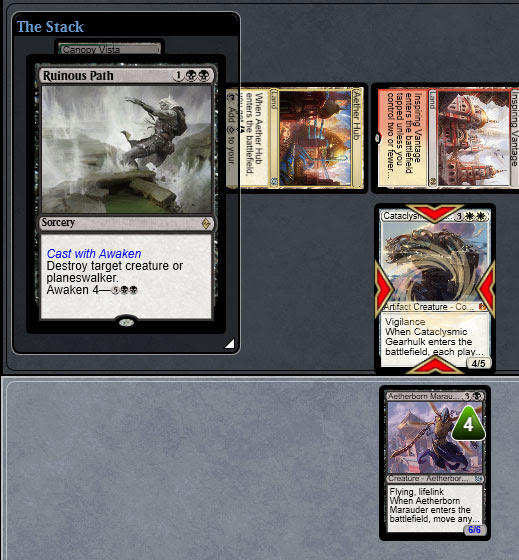 For the second game I did something really dumb: use Harsh Scrutiny to help my opponent with their reanimation plan. It cost me the game.

I also got board-wiped. That didn't help. 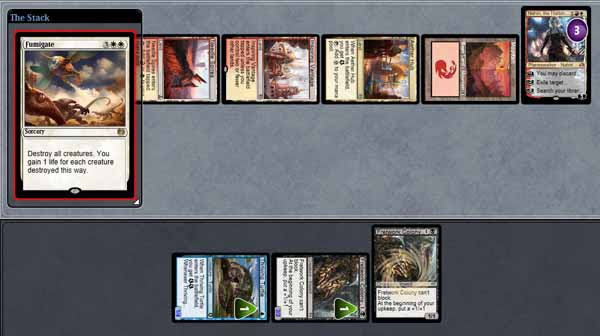 I did stop a reanimation attempt. But helped to stop another one. I lost the second game.

I won the third game. I was able to stop all reanimation and was able to beat hard and fast with my critters. Why can't these players take their money decks to tournament practice? 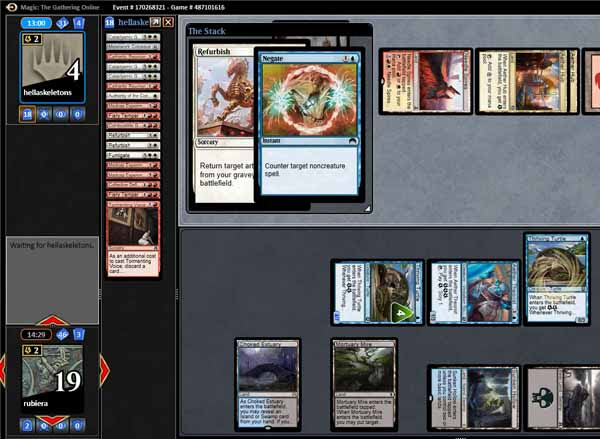