Here are a few more games with this fun deck. I lost the first game in this match against Skysovereign, Consul Flagship. Once it lands on the board, you better have a way to remove it immediately. If not, you are done. For the second and third games, I was able to remove the crew from the vehicle early in the game. Vehicle decks are very weak overall: remove the crew, and all they have is a sitting artifact that does nothing uncrewed. 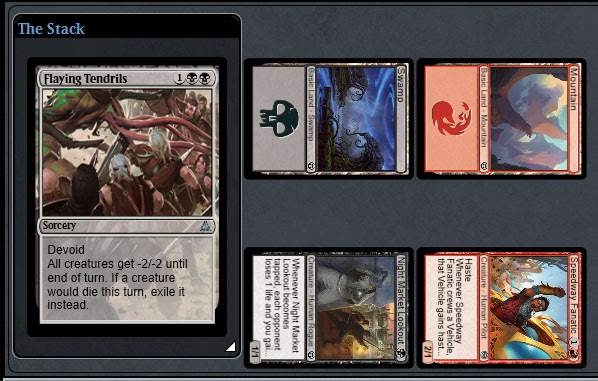 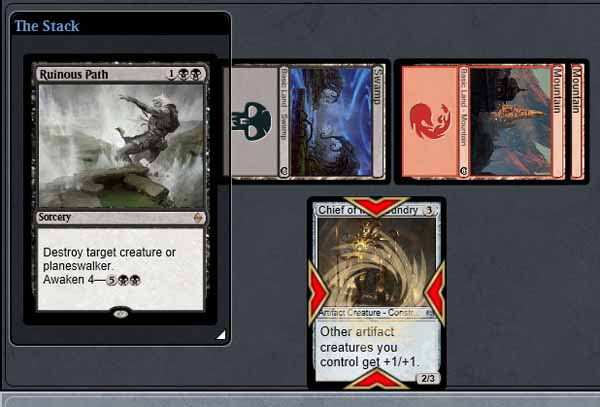 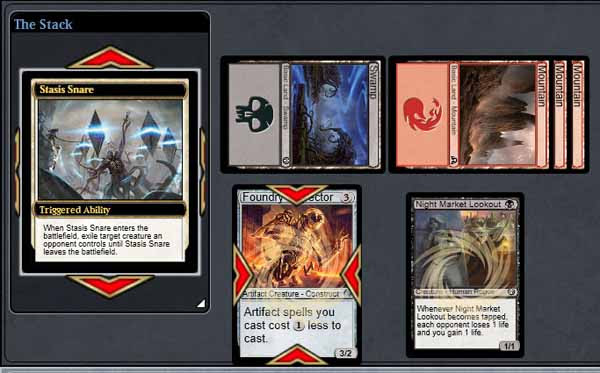 My opponent was able to stabilize and recover. 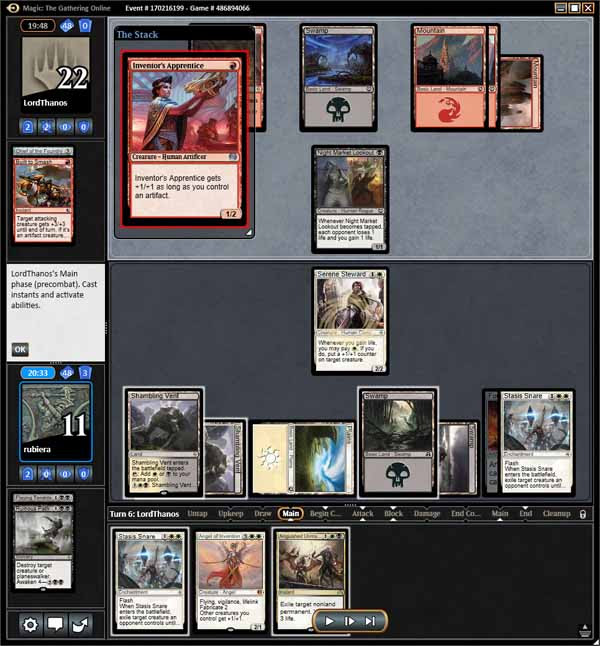 But once I landed my angel, I could lifegain and beat for the win. 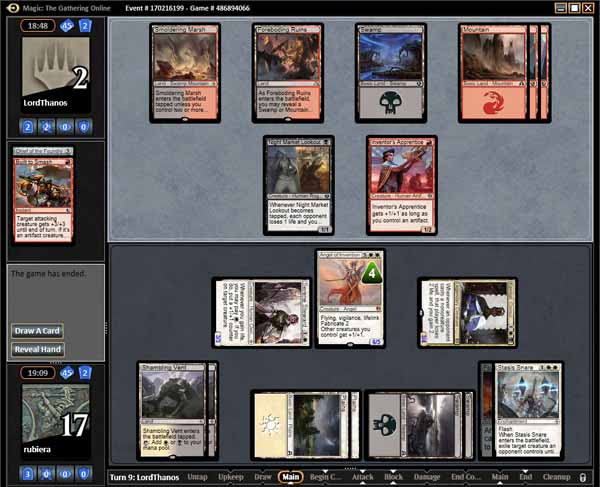 Third game was also me playing my removal early and often. 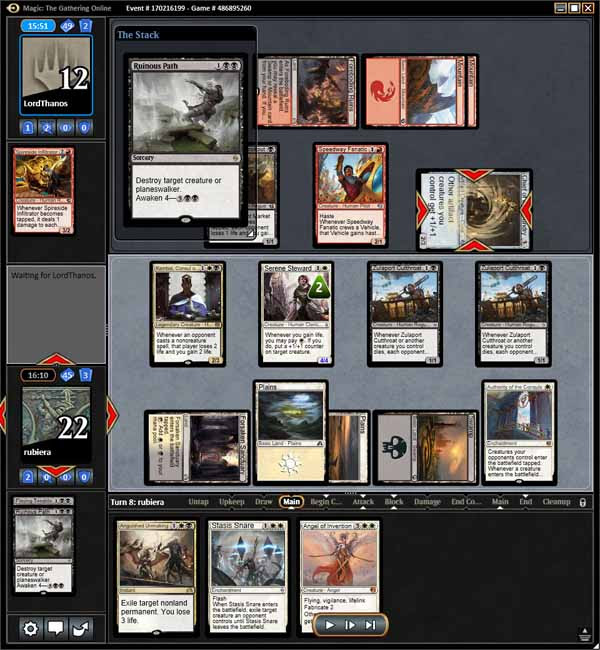 My opponent tried to boost their creatures for heavy damage against me, but two Kambal triggers really helped me. In this deck, what I always really need is Kambal on the board. No one is playing 36 creatures in this meta. At some point in the game, a Kambal trigger will happen! 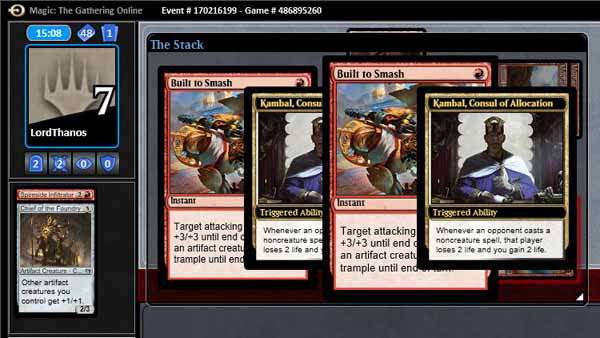 That boost was not enough for my opponent. 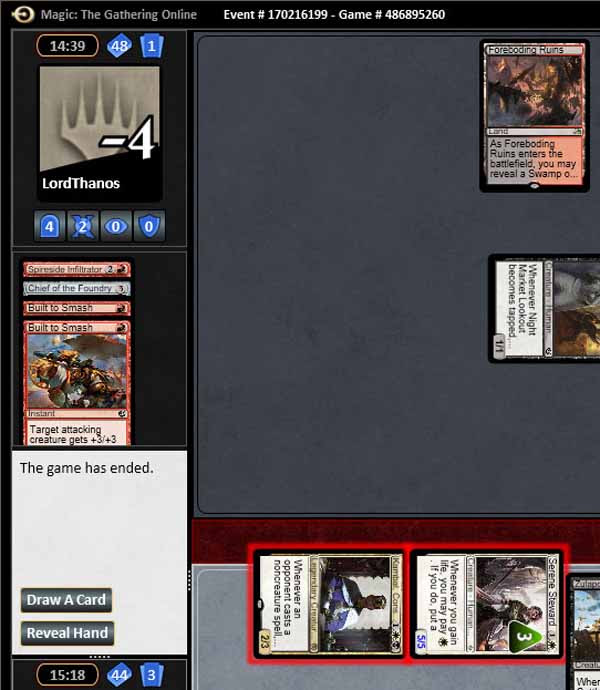 This next match was a 2-0 blowout in my favor. My opponent was able to play almost all creatures, thereby keeping my Kambal from earning me distance. 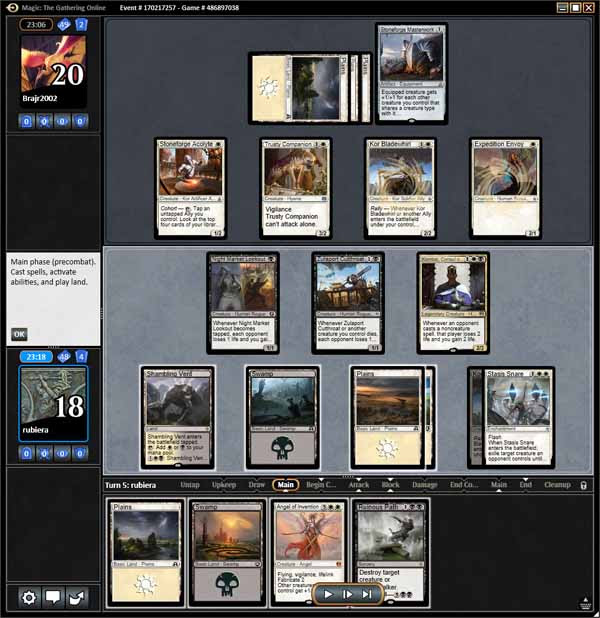 The game evolved into a war of attrition. 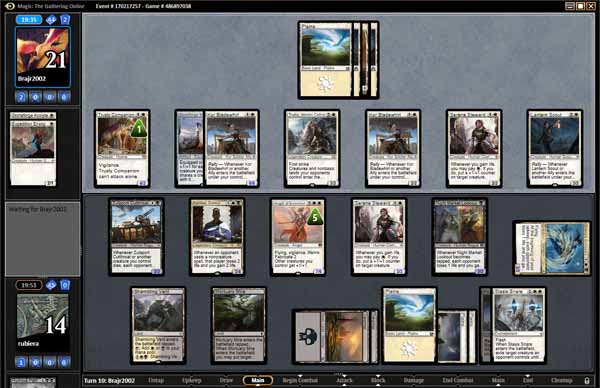 But I had the only flyer on the board. 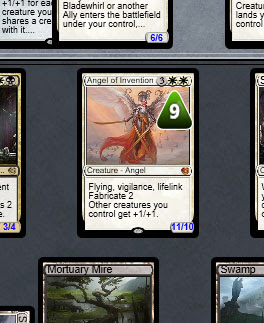 In the second game my opponent almost raced to a win with boosted creatures. But almost was not good enough, and I pressed for a win with my angel. 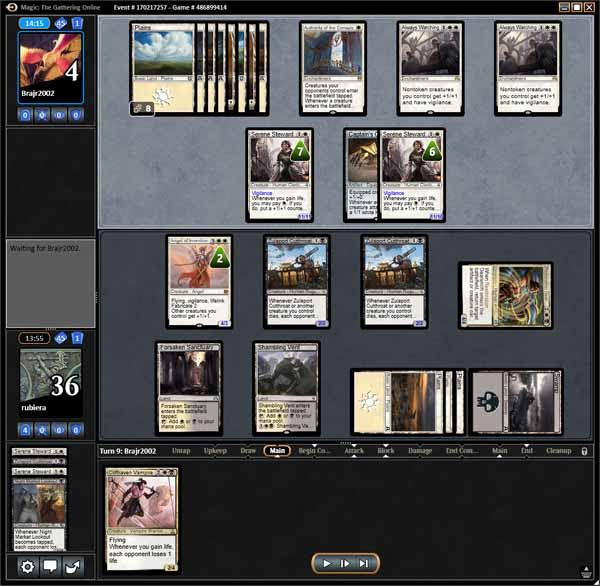 Here is a match I lost against a really fun White/Green deck. The Green beaters just kept coming! 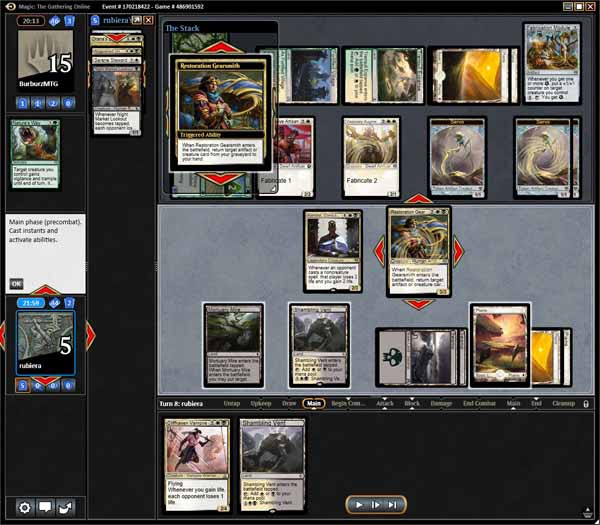 Here my opponent can afford a Kambal trigger for their win with an Engineered Might boost for a sweep. 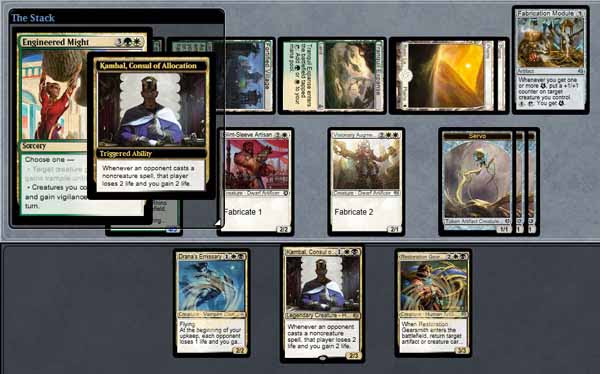 That's a nice row of boosted creatures against me. Well played!

I won the second game. I was able to defend from the Green creatures. 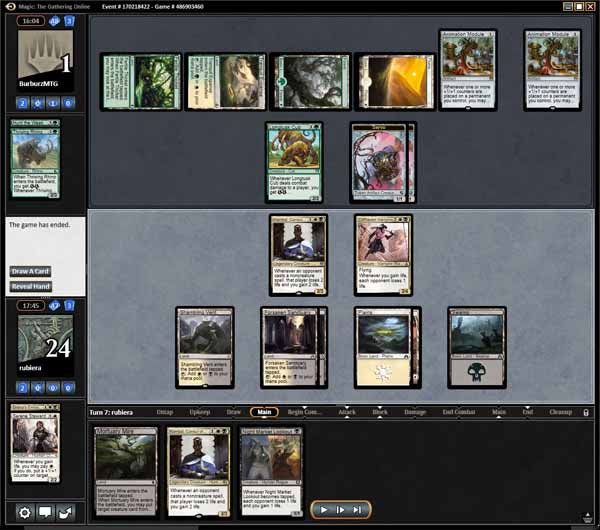 Third game my opponent was able to mirror my angel. Again, well played! 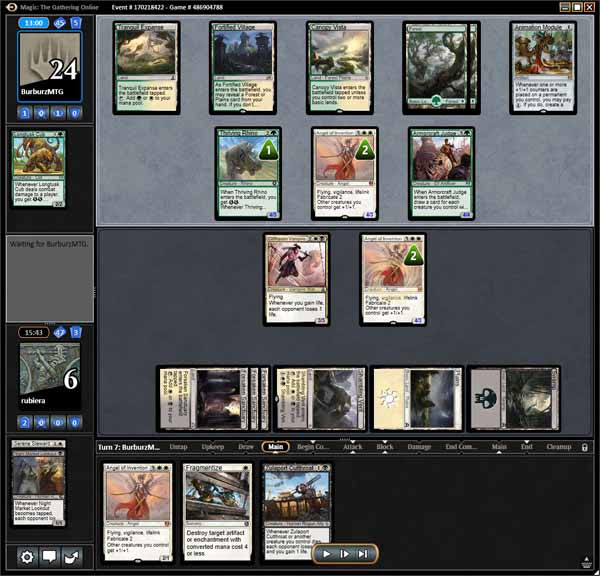