The race is on to figure out what the best Energy deck is with the current cards. Also, if Energy is not in Aether Revolt, it will be like Investigate in Shadows over Innistrad and not in Eldritch Moon. That's OK, but it will be a ton of fun if there are more Energy cards in Aether Revolt. Just a thought... let's get on with the race. Oh, I already missed out on getting Servant of the Conduit before it spiked, but it's an uncommon. It will have to come down as the set is opened more online. Oh, and I did pull a foil Servant of the Conduit on paper (nice).

Note to self: Rashmi needs to be in a Blue/Green build with lots of Scry from Theros in Modern. 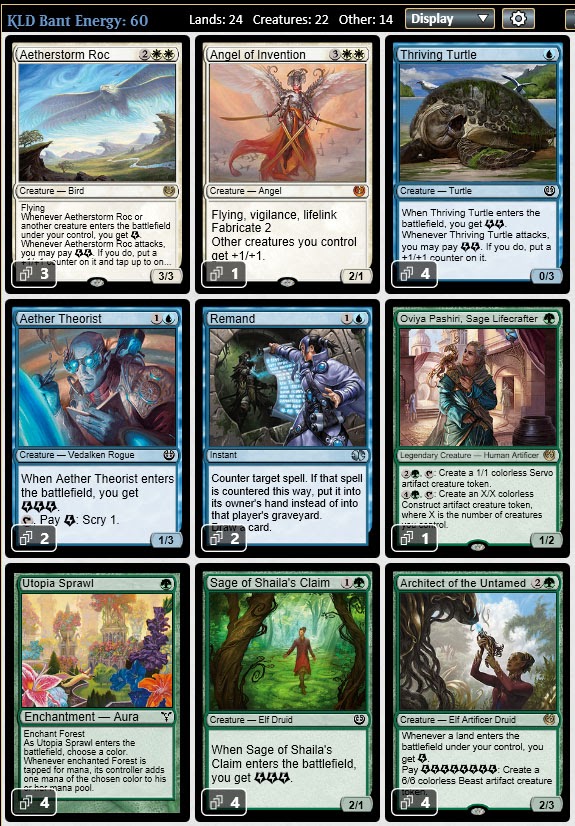 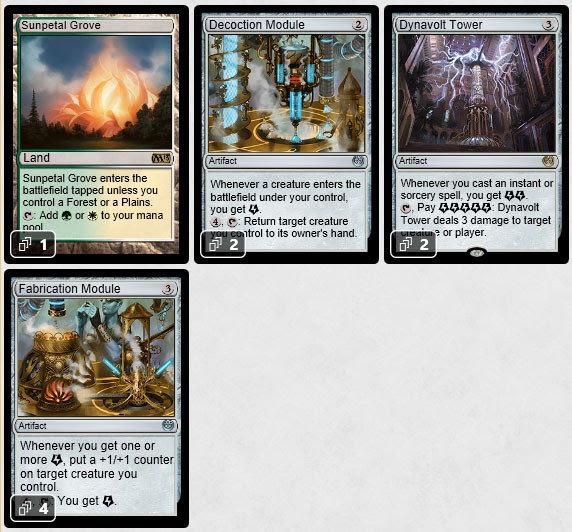 The deck can be a strong turn 6 win, but I would rather squeak by with a turn 5 win in this testing. Once the Energy for counters cycle gets going, it gets going! 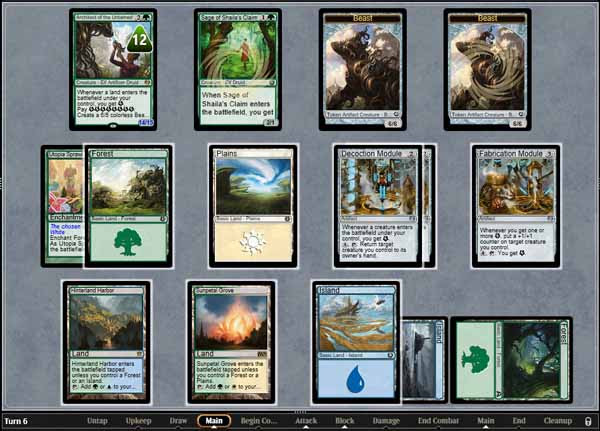 Aetherstorm Roc is a slow Energy engine, yet it builds up, and it triggers the modules. 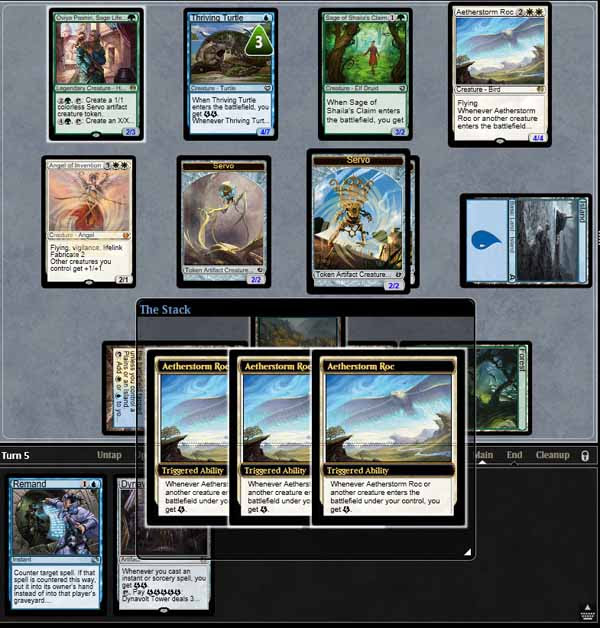 Here is a nice turn 5 swing. Angel of Invention is boosting all my creatures here.

Here is another turn 5 win. 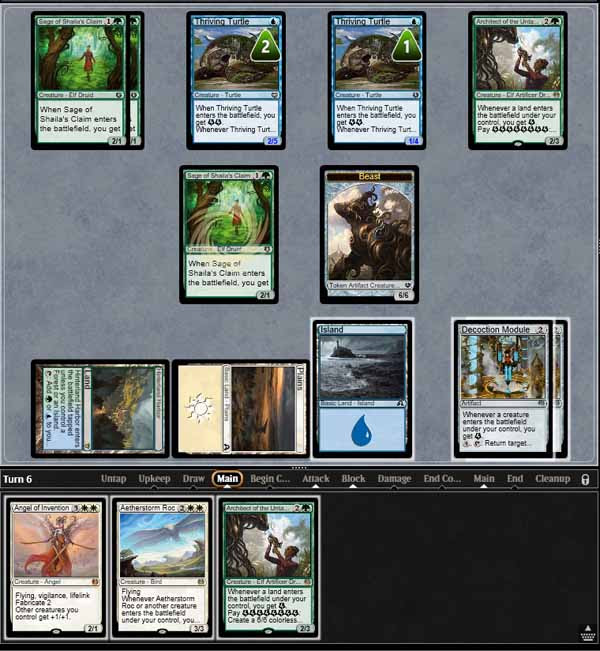 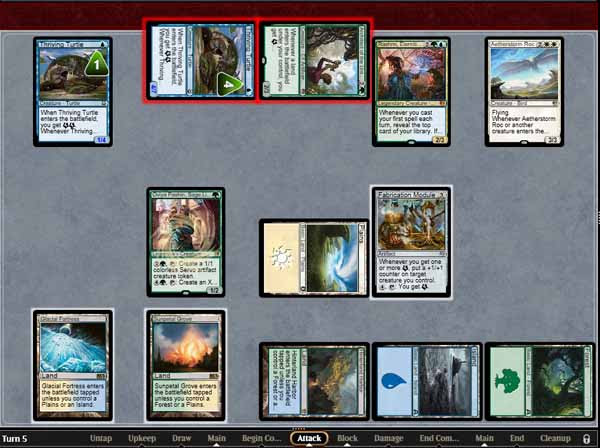 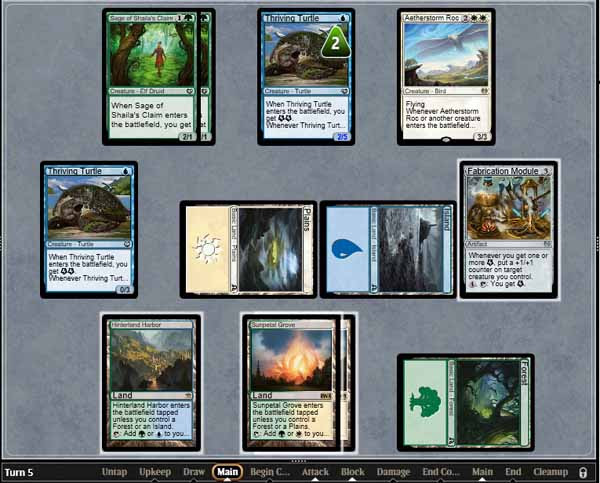 And even turn 4 wins can happen in Solitaire, which is a positive testing sign. 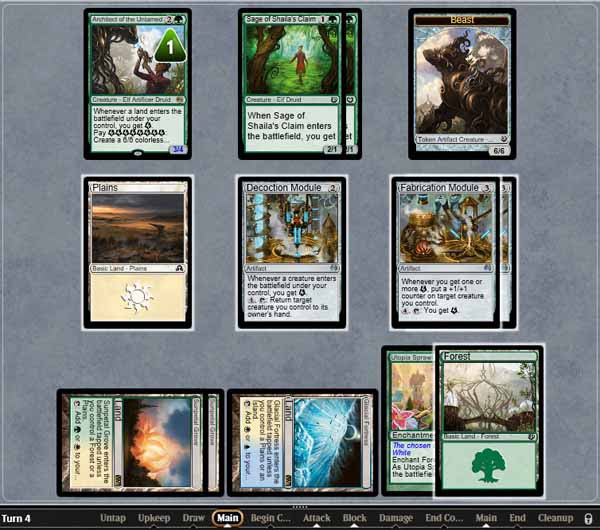