I remembered a combo from one of the core sets that was based on gaining a lot of life, and I added a few cards from Soul Sisters. 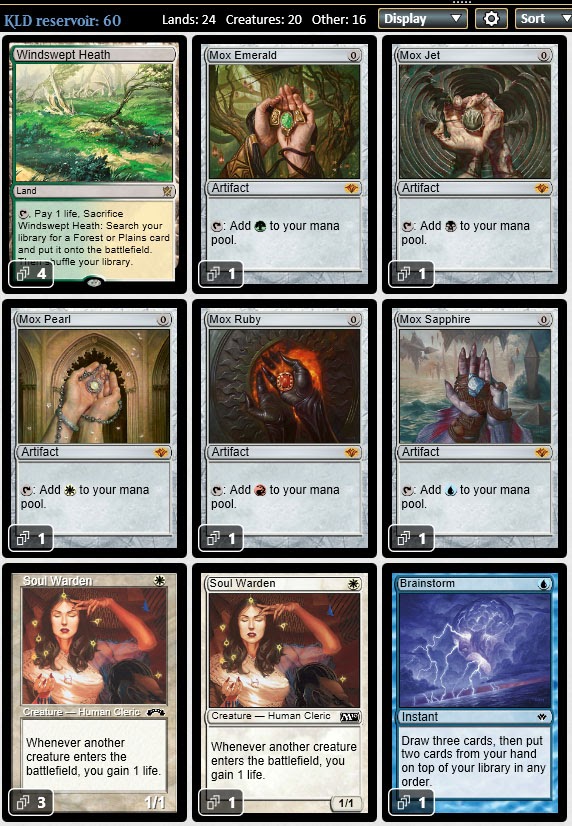 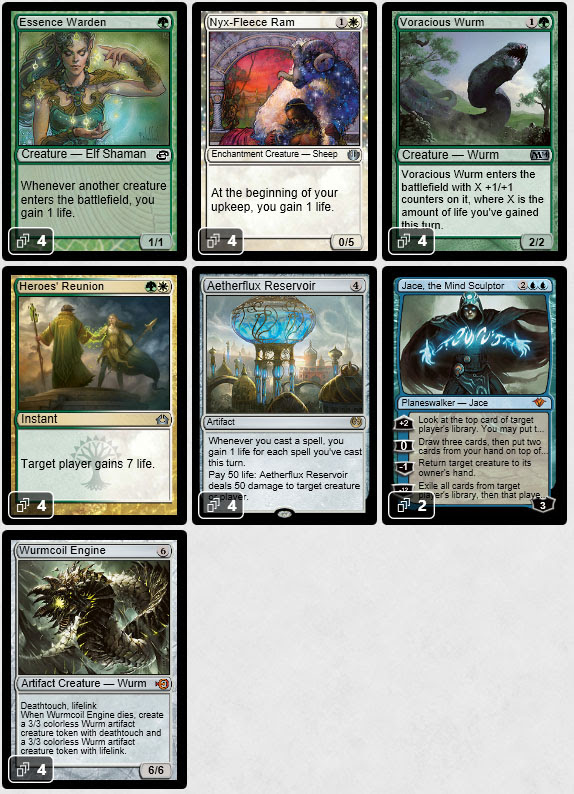 Here is a turn 6 50+ life setup. In a real game, the 12/12 Voracious Wurm would have been quite a challenge for an opponent. 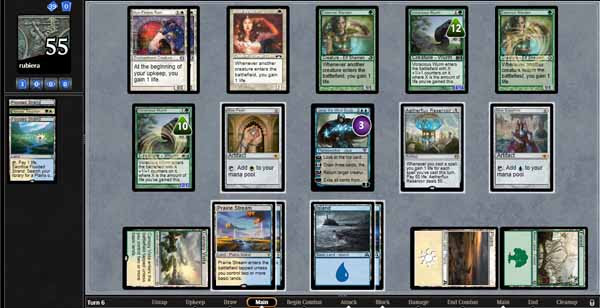 Here is a turn 9 50+ life setup. Solitaire is an artificial testing environment when it comes to Lifelink since you are really attacking yourself. Here I have two Wurmcoil Engines that in a real game would have gained me a ton of life. 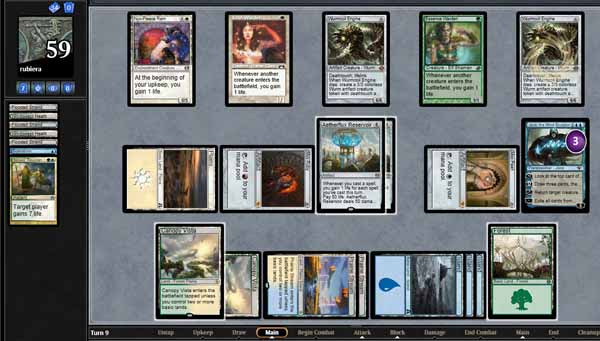 I restarted MTGO and forget to set it for Solitaire. I ended up playing against a human! This player had a 200+ card deck with a really great selection of the best Magic cards ever. I won the first game. My opponent cast an Eternal Dragon, but by that point I had already gotten to 40 or so life. 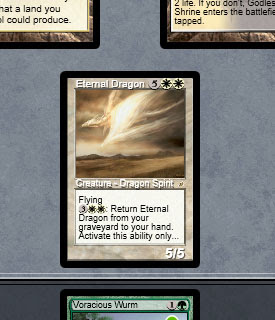 I lost the second game to beaters. 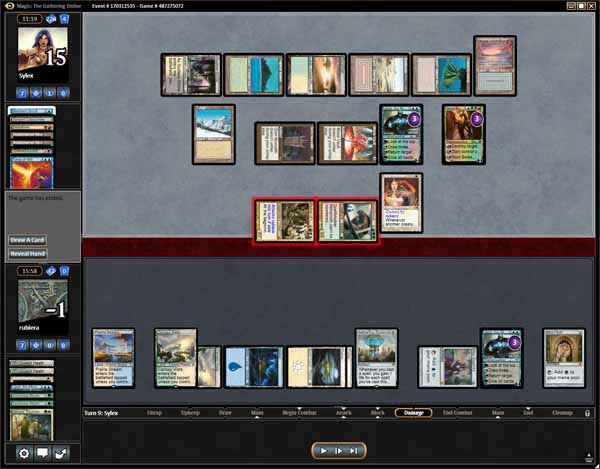 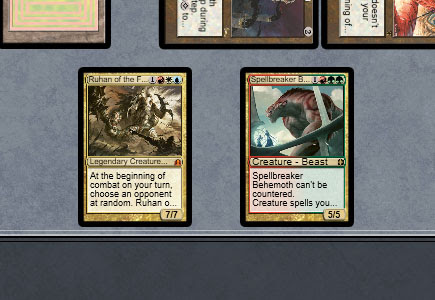 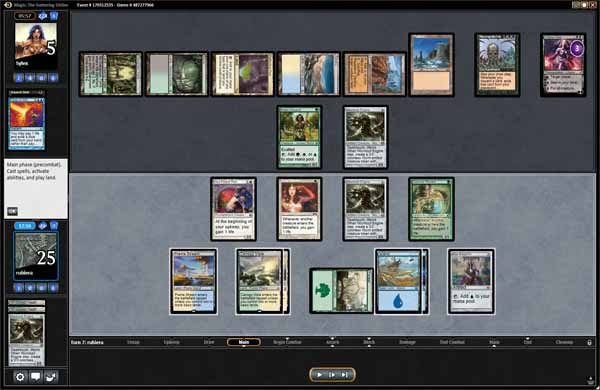 We trated Wurmcoil Engines and my opponent gained some life. They used that life to draw cards off Necropotence {banned in Legacy and restricted in Vintage [Skip your draw step. Whenever you discard a card, exile that card from your graveyard. Pay 1 life: Exile the top card of your library face down. Put that card into your hand at the beginning of your next end step.] 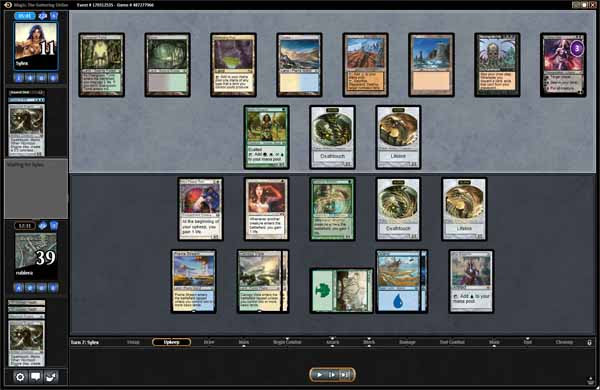 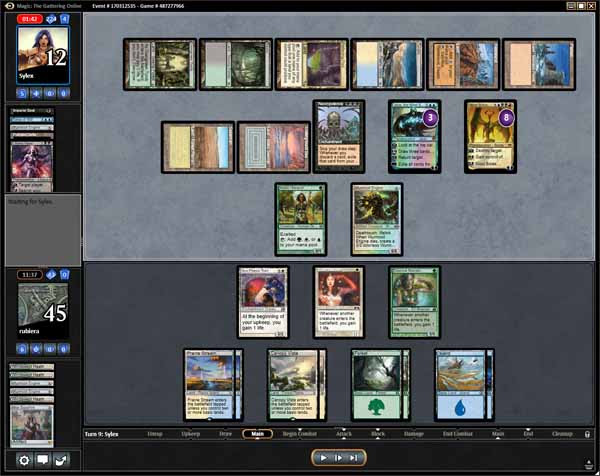 They didn't need to cast a Spellbreaker Behemoth by now. 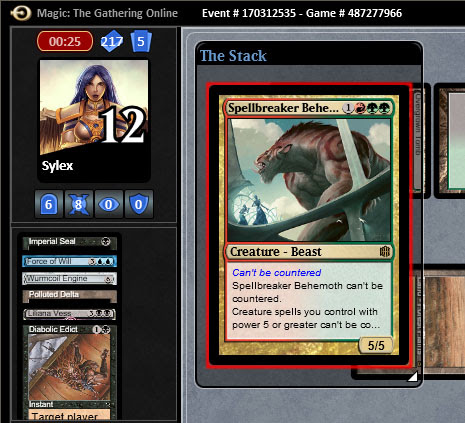 Here is Necropotence being cast. 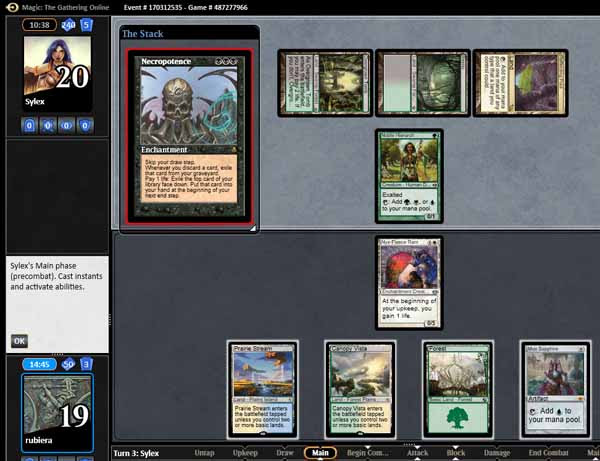 Here is one of the triggers when my opponent draws a card and pays one life. 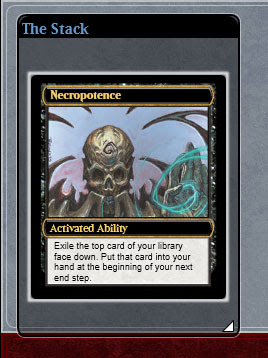 Here are the triggers next turn when they get the drawn cards into their hand. So broken!