A Turn 2 Loss to Storm in Modern

Storm is Magic pretending to be Yugioh, and one of the decks I would like to see go some day. It can be amusing to see one of these decks go off. I have lost games like this one many times before, and the loss is not what annoys me, its the complete lack of interaction. If you don't have a way to stop the combo, it will go off all at once. Here is the blow-by-blow (with a few edits because it took my opponent something like 10 minutes to make all of the plays required).

My opponent had the two key pieces to get started turn 2: Paradise Mantle (Equipped creature has "

: Add one mana of any color to your mana pool." Equip 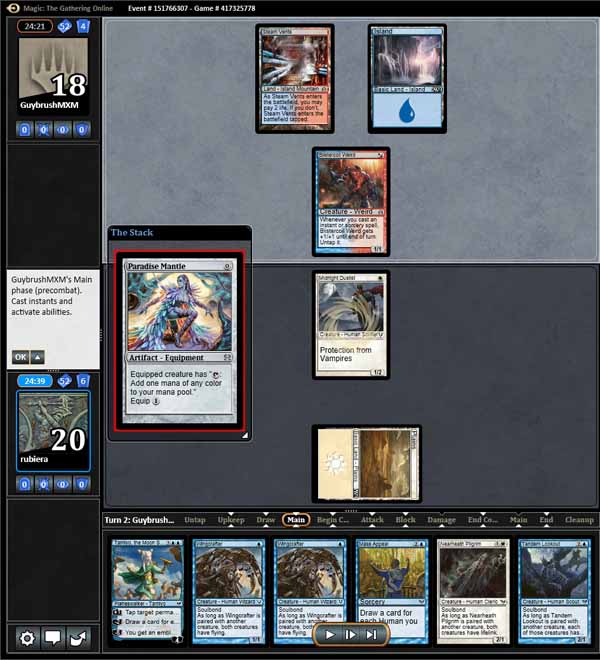 Keep tapping and untapping to generate mana and play cards that cost one mana in blue or red to cast and that allow you to draw a card each time (cantrips). 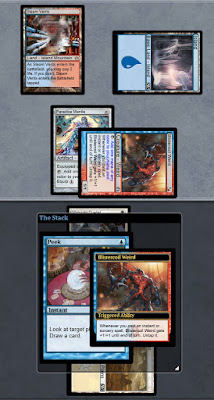 Manamorphose does the same thing for 2 mana. 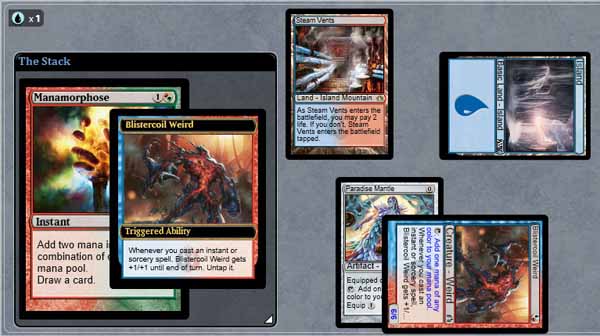 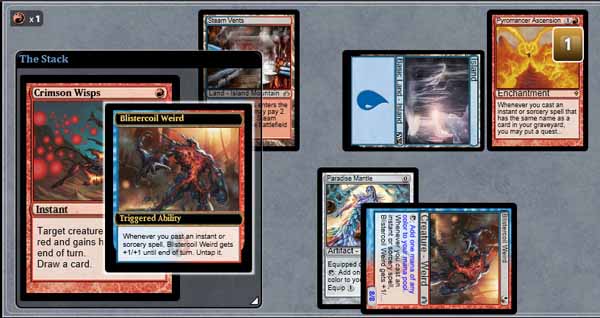 Enter Visions of Beyond. 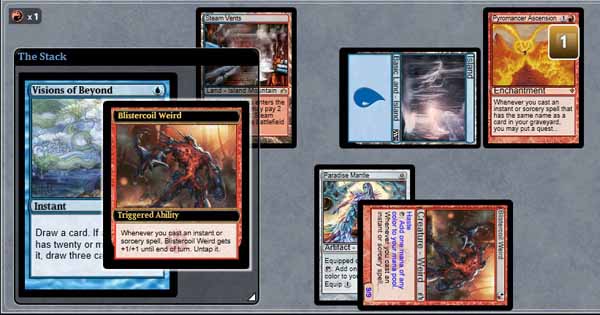 Enter a second Faithless Looting (I skipped a few cards coming in). 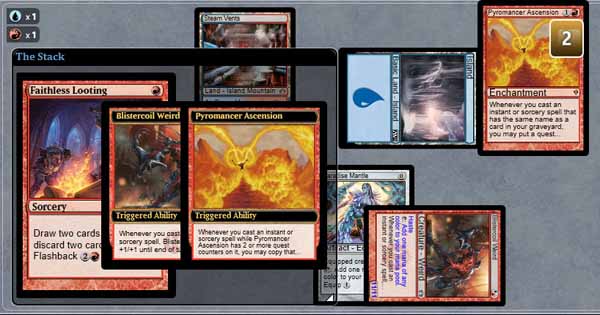 And here Faithless Looting gets copied. 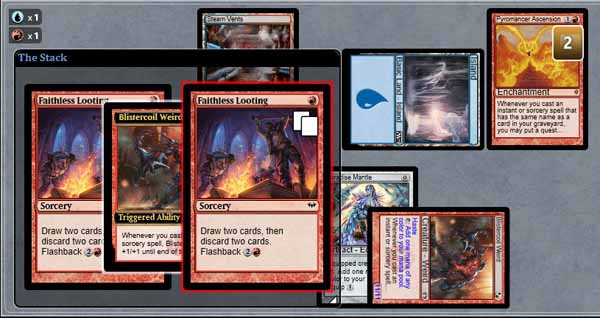 Now my opponent has a second Pyromancer Ascension. The copying can happen many times per turn. 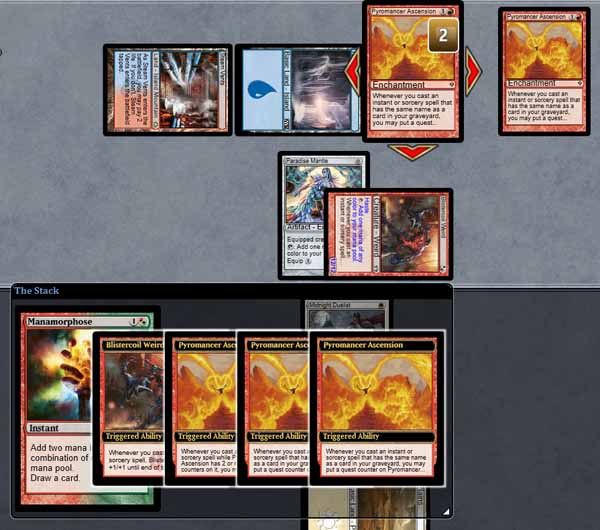 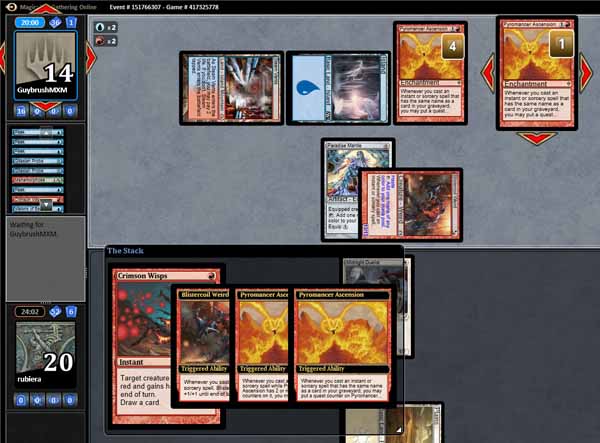 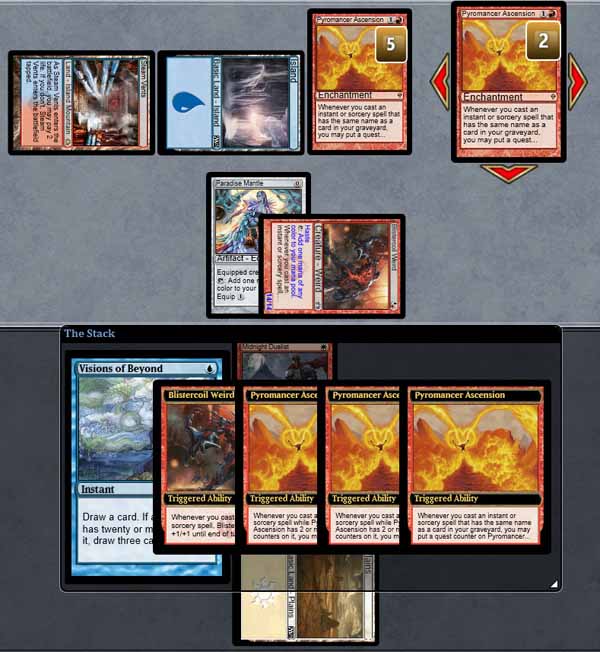 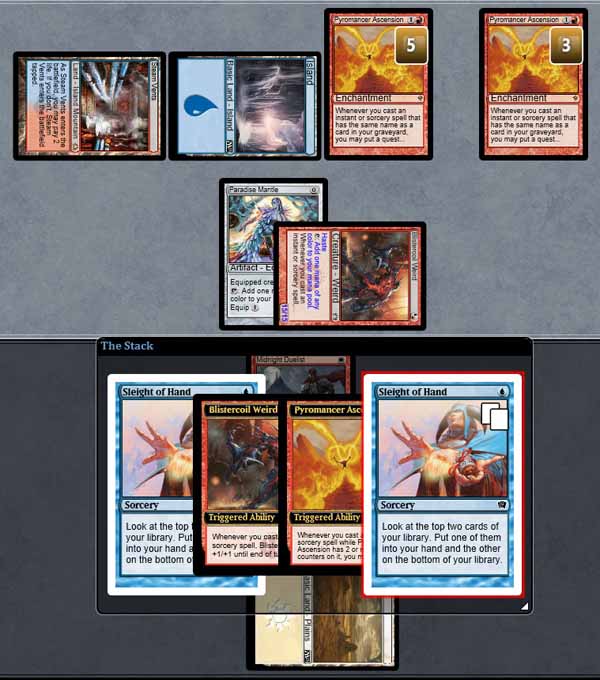 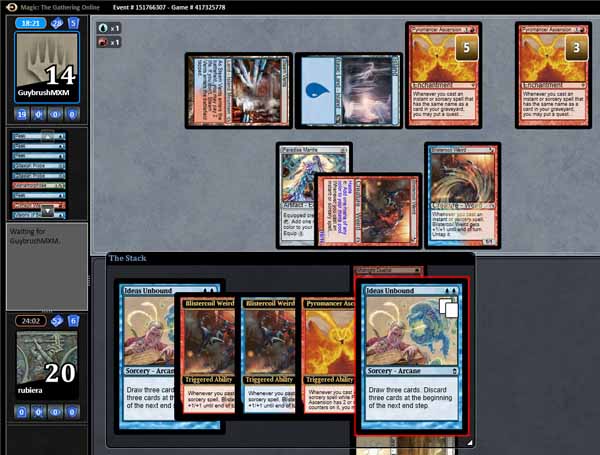 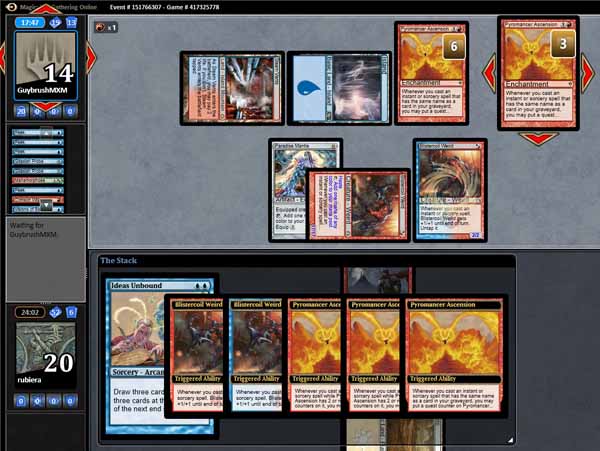 My opponent has 22 cards in hand. 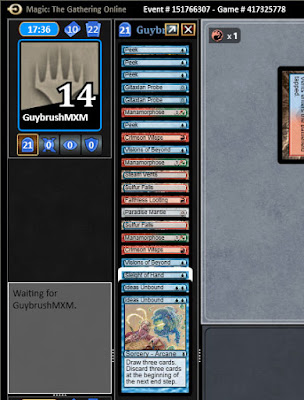 Grapeshot for the win. 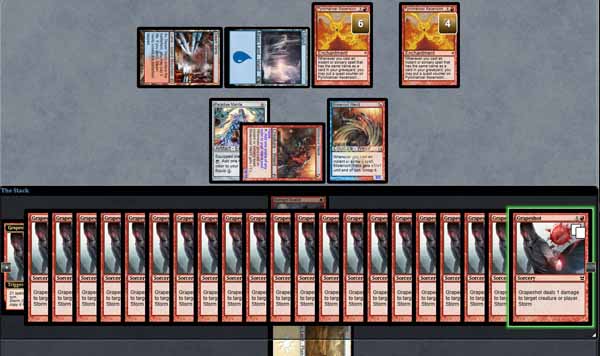 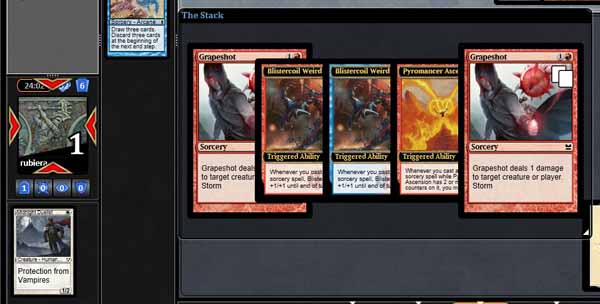 And my opponent has an alternate winning condition with an 18/18 Blistercoil Weird unopposed. 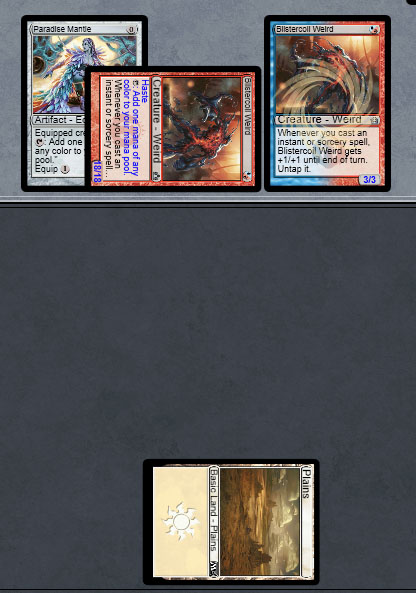