The red limited drones from Rise of the Eldrazi are a little heavy. Emrakul's Hatcher generates three tokens, though. 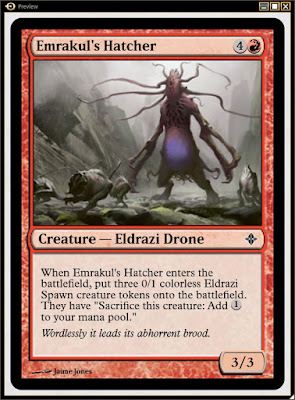 And Rapacious One can generate even more if it deals combat damage to a player. There must be a way to abuse this card. 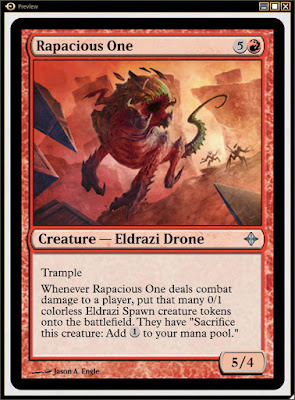 Back to the new ones. BFZ is a lot like AVR: battlecruiser Magic. What would be normally aggressive red spells in any other set, in this set are slowed down a lot. Turn Against: Act of Treason is a 3-drop. This thing is a 5-drop. Ouch. And its uncommon. Am I missing something? Vestige of Emrakul: Limited last pick? 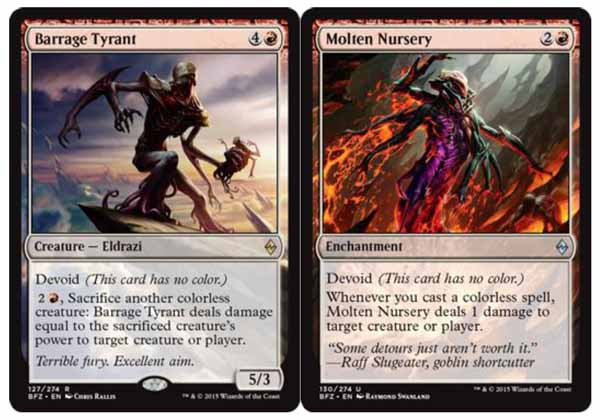 Barrage Tyrant: interesting, and can be abused. Now I need to look at all the high power low casting cost cards in Standard. I am not seeing any card that fits the bill. Phytotitan? Maybe repeatable Bloodsoaked Champion? Molten Nursery: must play this one. This card will train me to generate as many Scion tokens as possible. Looks like a Red/Green card. 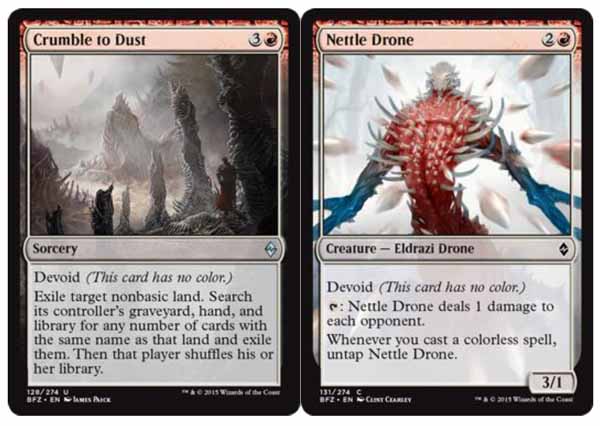 Crumble to Dust: must play this one too! Exile feeder at uncommon? and exiles a land? You must be kidding. This card is awesome. Nettle Drone: great in Limited, and could be a lot of fun in Standard as well. Add this one to a token generator deck and see what happens. 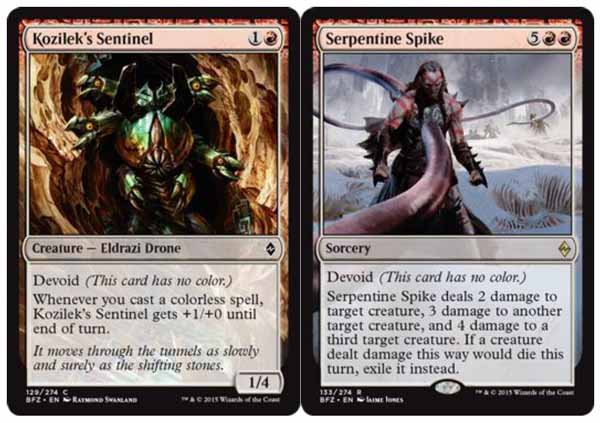 Kozilek's Sentinel: defensive for a red spell. It would take lot of colorless spells to pump it.
Serpentine Spike: can late-feed the exile zone, but it reads junk rare at 7. 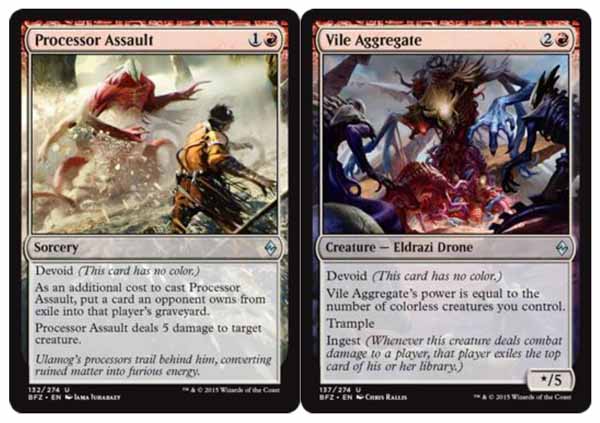 Processor Assault: great creature removal in a set with very few other options for red, otherwise too conditional. If your opponent has an empty exile zone you can't even cast it! Vile Aggregate: did someone make a mistake when designing this card or am I missing something? It costs three and is at least a 1/5. If you have four other colorless creatures on the board this thing is a 5/5 for three. Sold!

Link to Part 8
Posted by Rubiera