And here is the final installment for the colorless cast Eldrazi old and new. Here are the three big ones from Rise of the Eldrazi. Kozilek gets you four cards and can wipe out a bunch of permanents for casting something else next turn with a paralyzed opponent even if you lose Kozilek. 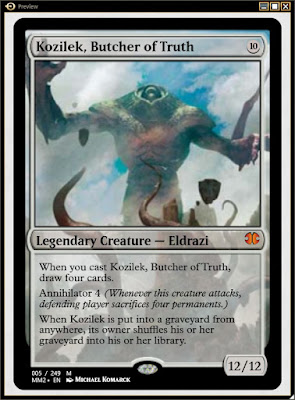 Ulamog can also paralyze your opponent, and with Indestructible is much harder to remove. 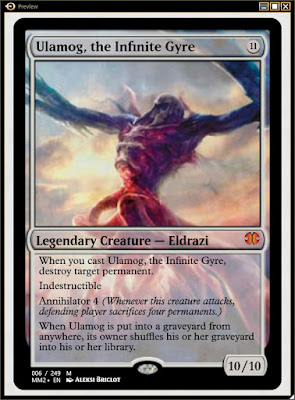 And Emrakul, or course, if pretty much 'gg' when casted. Just read the card! 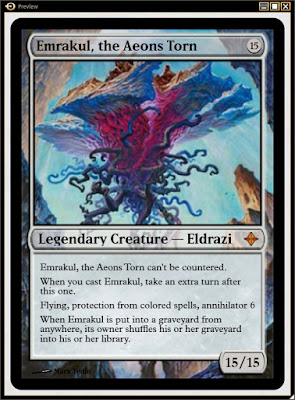 And here is the final batch of new colorless cast Eldrazi. Endless One is very interesting. It fits into a devotion deck rather nicely. It can be also be buffed with any effect that adds counters. Ulamog is the Emrakul of this set, and after a second read I get why this is an awesome card. You are not milling your opponent for 20, you are getting your opponent to exile 20 cards, and that means that even if Ulamog is removed after that, you have a stash of exiled permanents to use your 'exile to graveyard' effects with. 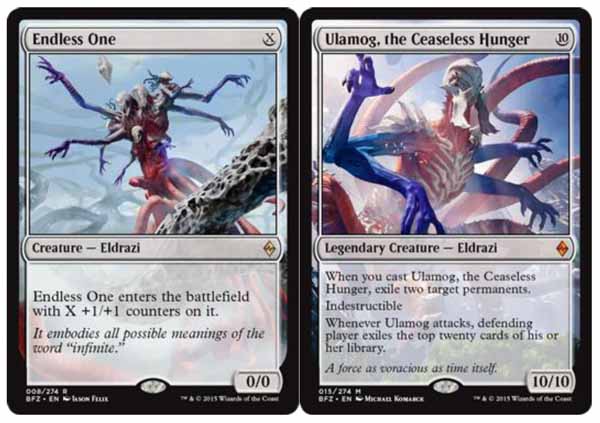 Void Winnower is design at its best. It makes you think really hard. Of course, as a 9 drop, you will not benefit from this fringe effect for several turns. Even if you can cast it by turn 4 or 5, which is possible in Modern, that is late game for that format. Its an interesting card, I just don't see it dominating the way one of the three big Eldrazi from Rise of the Eldrazi do. 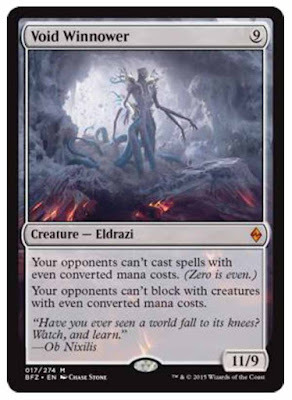 Link to Part 5
Posted by Rubiera