I must admit I am not yet excited about these abilities. Kicker and Undying had me at hello. Landfall in this set did not land on enough low drops, as was the case in Zendikar. Awaken requires a lot of mana. Converge needs better multicolor land support. Of course, these are my first impressions. Only with play can we find out if these abilities work out. 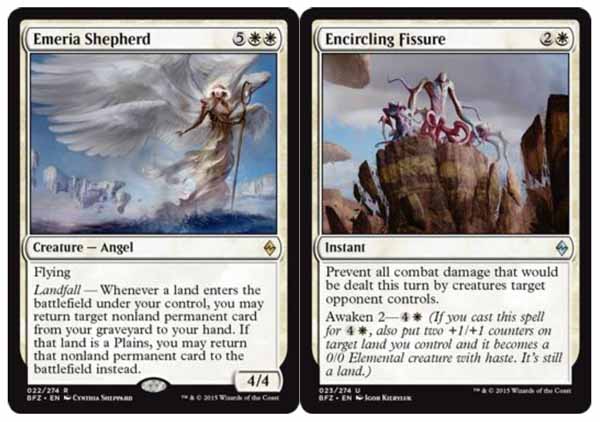 Emeria Shepherd: it is a reanimator. The question is if as a 7 drop it is viable.
Encircling Fissure: a white Fog that is only for creatures for three with a bonus late game. In a creature-heavy Standard it can buy one turn. 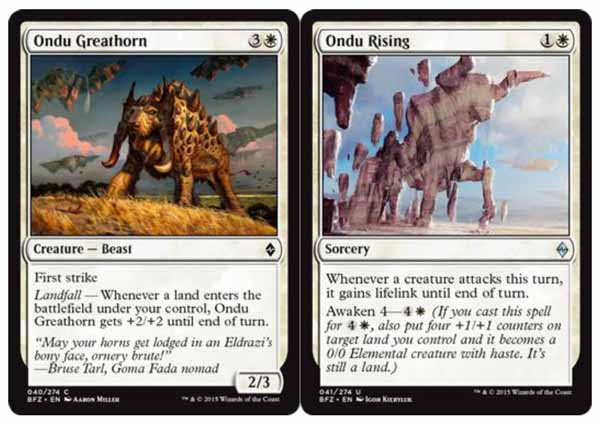 Ondu Greathorn: useful in Limited.
Ondu Rising: useful in a mega lifegain deck. In the right circumstance you could gain a ton of life in out swing of your army. 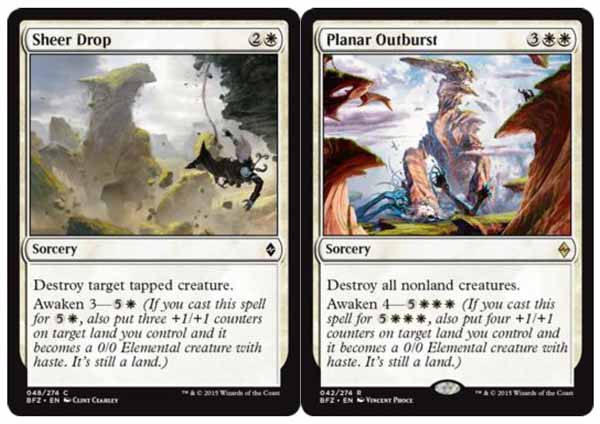 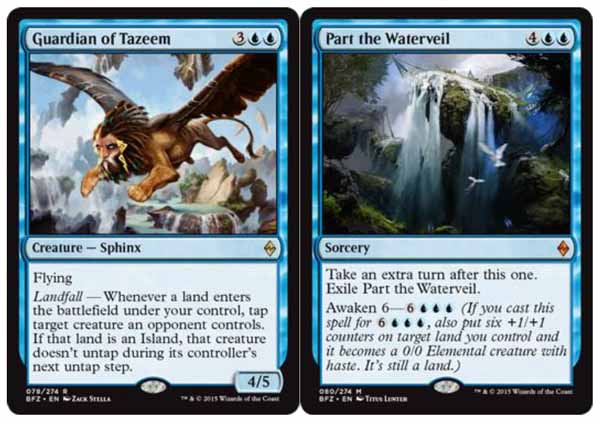 Guardian of Tazeem: this effect would have been awesome on a lower converted mana cost creature. On a 5 drop you get to use it late game in Standard, and that's probably it.
Part of Waterveil: OK for EDH and Standard. 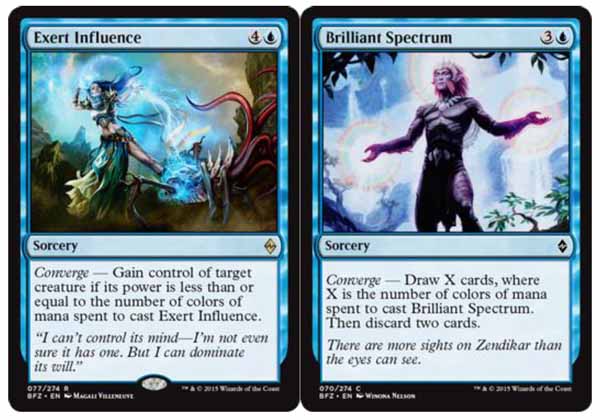 Exert Influence: in Standard this can be a great way to take over a Wall.
Brilliant Spectrum: the most you can draw is four cards and it is quite the investment to run four colors. 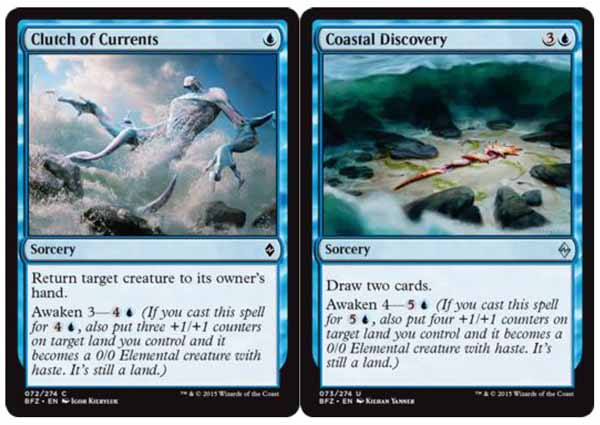 Clutch of Currents: it only works for creatures yet late game it gives you a bonus. Coming to a sideboard near you.
Coastal Discovery: battlecruiser version of Divination. The Awaken bonus on this one is less than a multiple of 2-it is 1.5; which is good when compared to other Awaken spells. 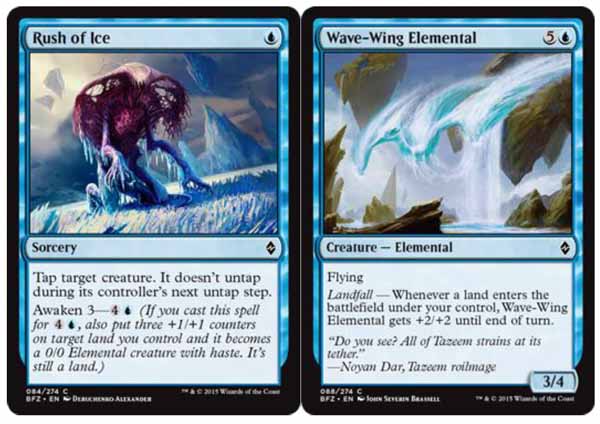 Rush of Ice: it would be a lot more useful in Standard if Tamiyo was in it. Still a useful effect, mostly as evasion in Limited.
Wave-Wing Elemental: limited late pick. 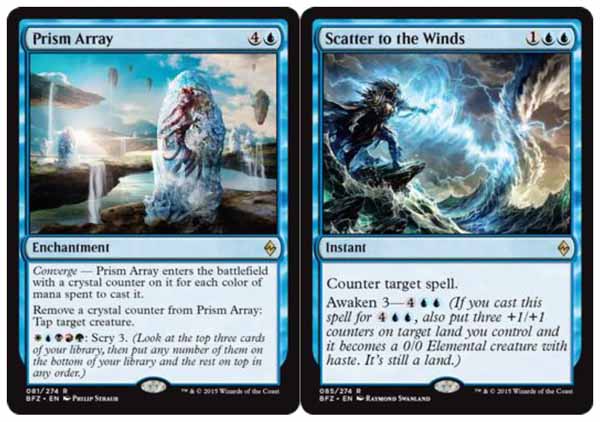 Prism Array: a mass tapper for Tamiyo. Maybe there is a planeswalker in the next set that will benefit from a tapping effect, or maybe Tamiyo herself will be reprinted or recast. That would be very interesting and fun. Scatter to the Winds: the new must-have counterspell that replaces the two that are cycling out. It comes with an unwelcomed rarity bump. 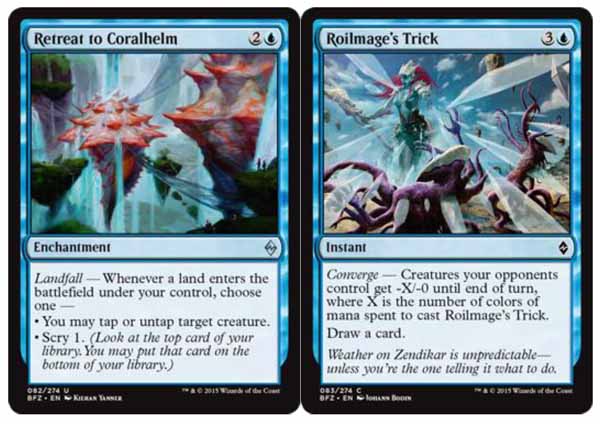 Retreat to Coralhelm: there are so many ways to profit from the tap/untap ability. Do believe the hype, this card is really good. Just for mana dorks it gets you one free mana every time you play a land. This is the best landfall card in the set, and as a 3 drop you can benefit from it for many turns, especially if your opponent is not packing enchantment removal.
Roilmage's Trick: it sucks that you can only draw one card, but that is still good. I pity the fool that tries Converge in Limited.

Link to Part 15
Posted by Rubiera