The three bigger Eldrazi from Rise of the Eldrazi are awesome, and very difficult to cast. If you do cast them, though, get ready to cause some serious damage. Spawnsire of Ulamog is great for overkill, such as the 20 mana activation of a sidebard full of giant Eldrazi. With the new Eldrazi, we can now fill a sideboard with even more overkill. At 7/11 you have a really big wall late game. If you get to the point you can cast something for 10, there are probably better creatures to cast, but none will give you the thrills of these activated costs, and you can use Spawnsire of Ulamog to hard cast something for 12 two turns later, and 15 four turns later. Your opponent would have to be paralyzed in order for you to be able to play this sucker out all the way, and it is worth you trying that! 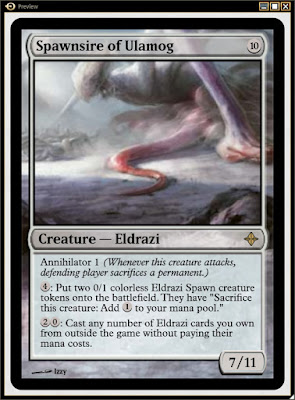 Pathrazer of Ulamog is a another 'hey I have a boat load of late game mana, what can I do with it?' card. If you have been good about removing creatures, its effectively unblockable. 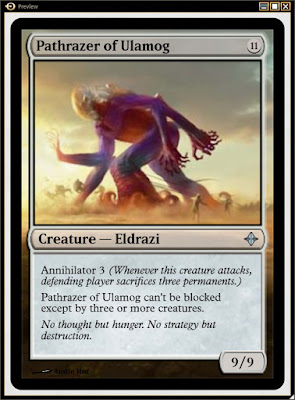 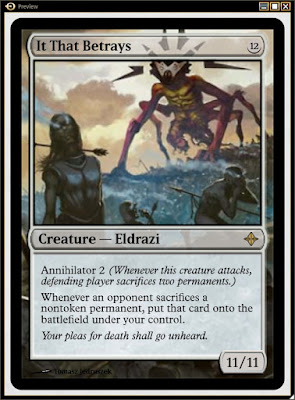 Back to the new. Deathless Behemoth is your 'back to the hand' creature. Vigilance is a nice bonus. It feels like a good uncommon. Desolation Twin is awesome. What a great effect! Up there with Worldspine Wurm. It passes the Not of this World protection test of 7 power. 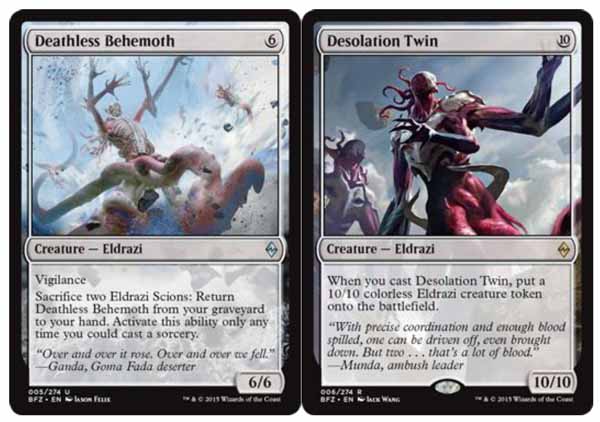 Ruin Processor is your limited Eldrazi. Your opponent needs to have something in exile for you to gain 5 life, which is a lame effect except in limited. Also, efficient exiling will get you much better bonuses from other Eldrazi. Oblivion Sower is a very efficient exiler and feels very much a Mythic Rare. If I get to play it, I will have to decide how much I want a land, versus how much I need those exiled permanents for something else. With these new Eldrazi the exile zone is now an effect bank to keep track of. 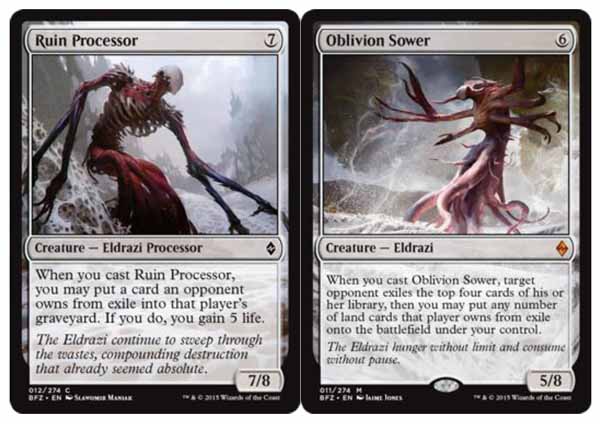 Link to Part 4
Posted by Rubiera