Still on the lookout for hidden gems. 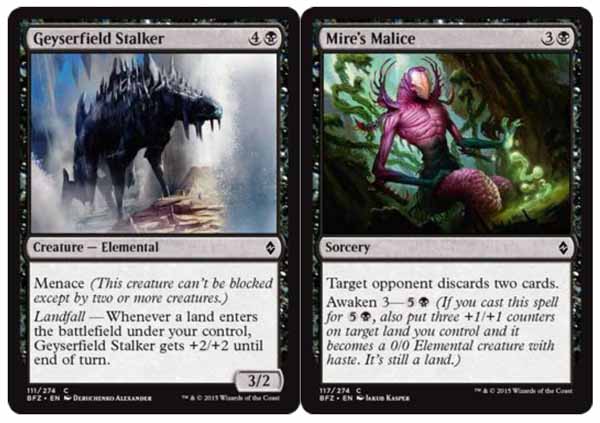 Geyserfield Stalker: reasonable pick in Limited.
Mire's Malice: (or is it Maro's Malice?) the Awaken formula seems to be "take staple we used to issue in core sets, add one mana, slap a late game awaken bonus on it." The effective title of this card is "Mind Rot, the Awaken Version." It is needed in Standard. In Modern you will get the Awaken bonus once in a blue moon but you will have to spend that one additional mana every single time! 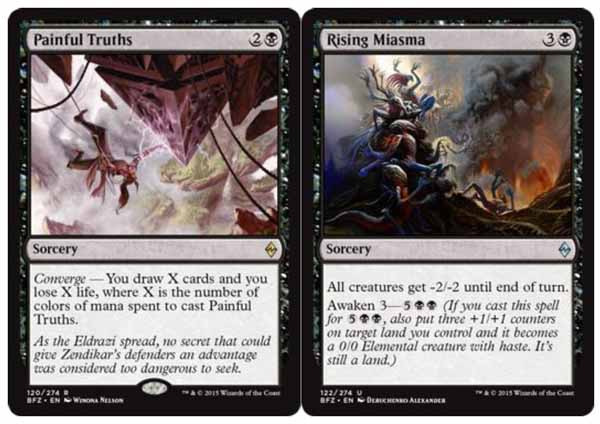 Painful Truths: the painful truths are that Converge, Awaken, and Landfall mostly suck in this set. Mono black can't touch this, and two color has so many better options outside of Standard, including the recently departed from Standard Read the Bones. I guess some decks are stuck with this thing while it is in Standard.
Rising Miasma: good in Standard. 4 mana is a heavy investment when compared to Languish. This is one of the few so-so uncommons in this set. 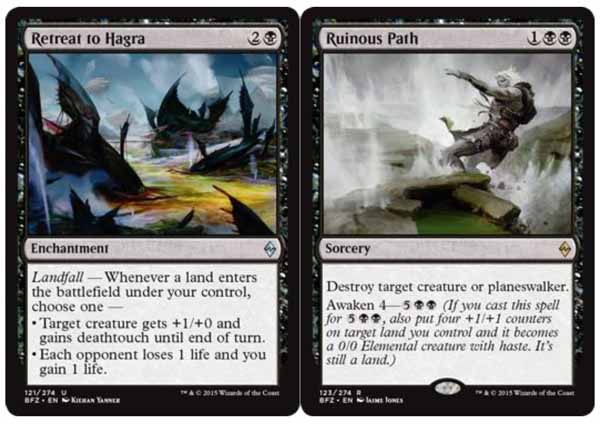 Retreat to Hagra: I really like the deathtouch case, and I also like the lose 1 life/gain life clause. This is my favorite retreat. I hope I get to use it in Limited and I could even slap two of these on a random deck just to see what happens. Also, the new black Ajani's Pridemate (Bloodbond Vampire) won't mind another lifegain trigger.
Ruinous Path: when Hero's Downfall came out I reacted unfairly against it and did not use it. That was silly because it is a good card. This version is even better. True, only in super control decks will you get to trigger Awaken, but it is a must have in Standard. As more planeswalkers are issued some more will trickle into Modern decks. I will not be surprised if this card is a Modern staple five blocks down the road. 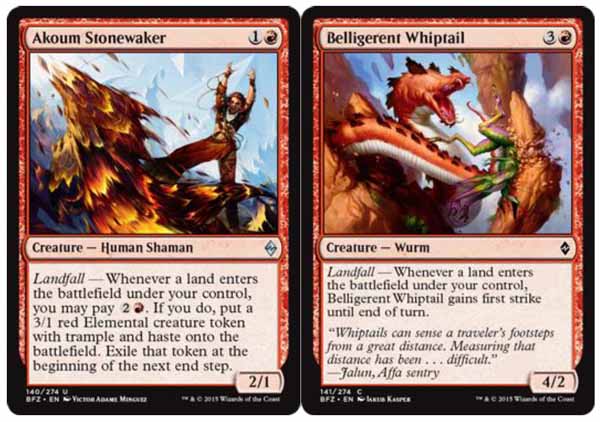 Akoum Stonewalker: great card in Limited, and will likely see use in Standard because of how limited the Red Deck Wins tool set is in the coming Standard.
Belligerent Whiptail: mid to late pick in Limited. 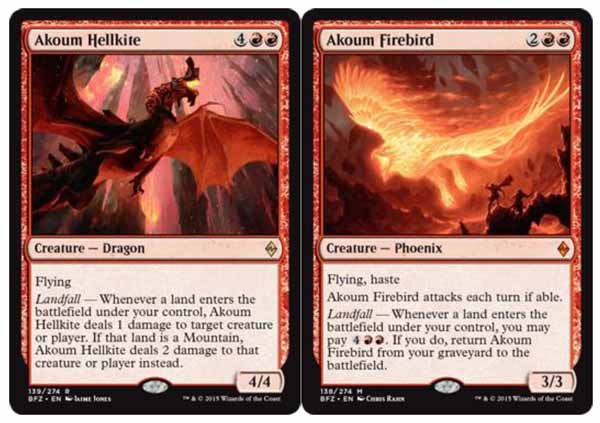 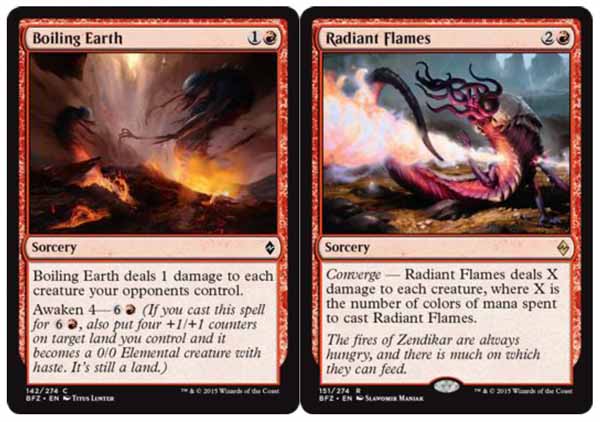 Boiling Earth: take Scouring Sands, delete Scry 1, add Awaken 4. It can either take out an army of 1/1 tokens or do nothing.
Radiant Flames: can do 3 damage to each creature in a three color deck. Its a solid card... I wonder how well it will do. I will not be surprised if it is a junk rare once it rotates out of Standard yet I will also not be surprised if it is a staple while in Standard just because of the lack of other viable options. 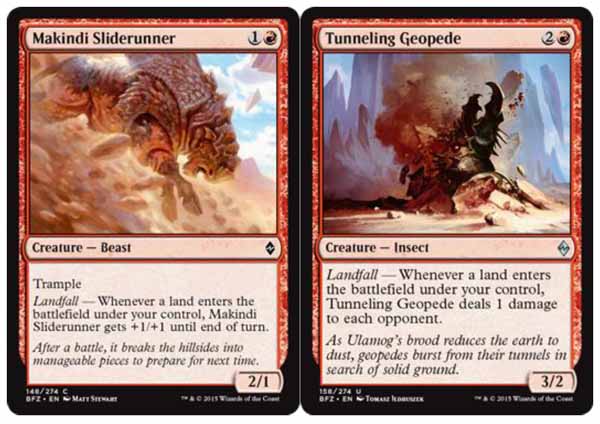 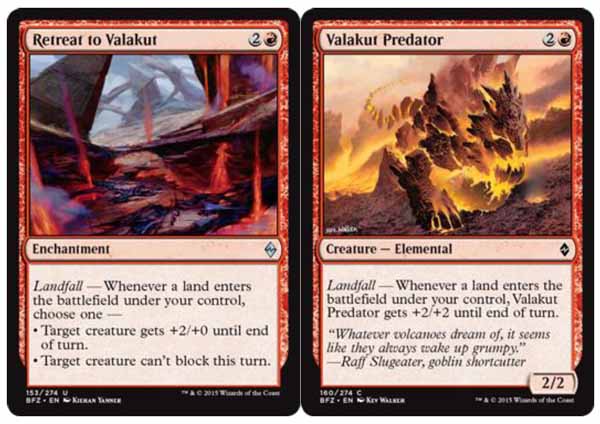 Retreat to Valakut: I especially like the second clause. I would use this one in Limited.
Valakut Predator: a late pick in Limited.

Link to Part 16
Posted by Rubiera