BFZ Review Part 20: Other Spells (rest of Green and Artifacts)

The review marathon continues. I love the big sets of the new age of Standard. 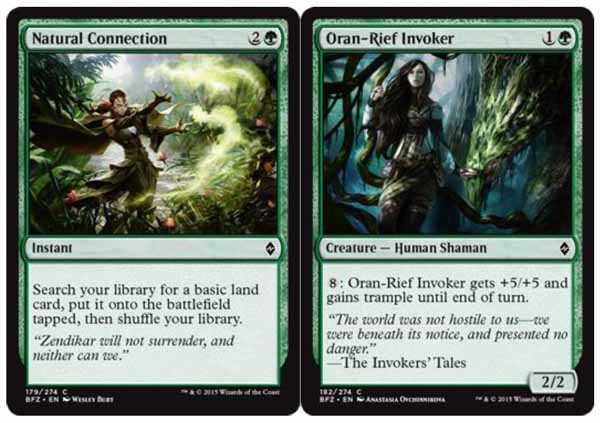 Natural Connection: Farseek limits you to basic lands not a Forest, but is a two drop. This is a weaker Farseek. We need a card like this one in the current Standard, but in Modern Farseek is the better card. Farseek would have been a better Converge enabler.
Oran-Rief Invoker: a bear, the 8 drop activation seems gratuitous. 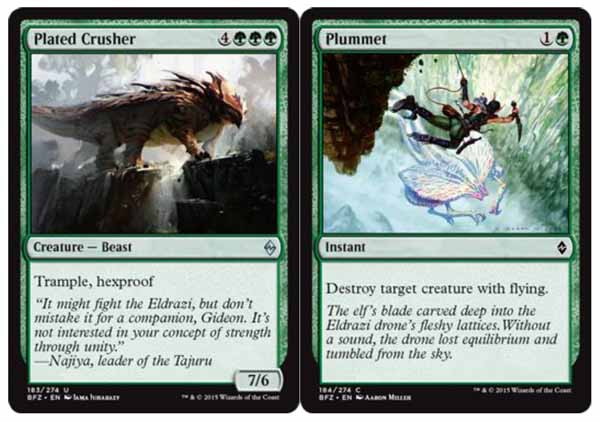 Plated Crusher: I love devotion to Green. I want to try this card pretty much everywhere in mono green.
Plummet: hello, old friend. 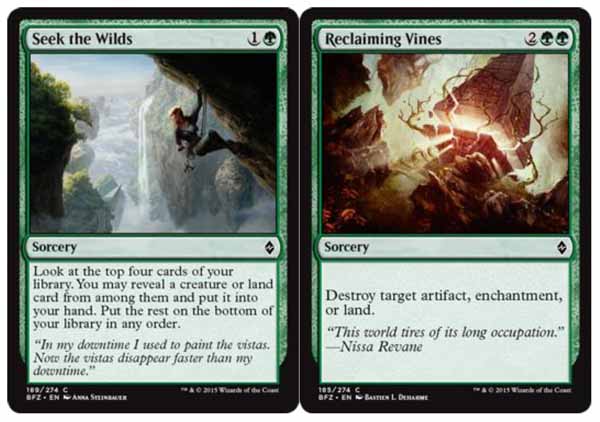 Seek the Wilds: Commune with the Gods is five cards and you choose for a creature or an enchantment then drop the rest to your graveyard. This is a good card as long as you don't want to use your graveyard.
Reclaiming Vines: a lesser version of Bramblecrush ("Destroy target noncreature permanent."). Good in the current Standard. Yet another card that will be useful in Standard because similar yet better cards from recent Standard rotations have not been reprinted. 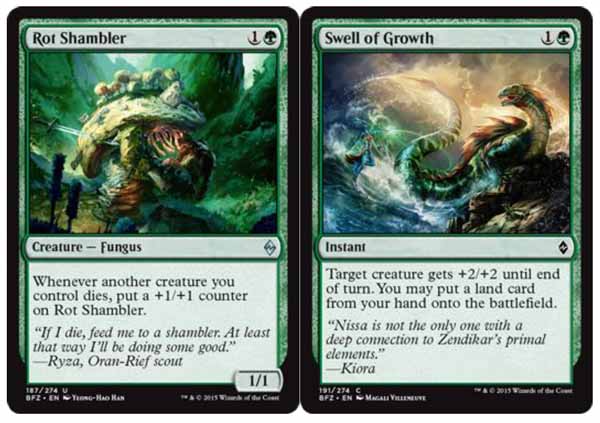 Rot Shambler: if you are going to sacrifice those other creatures anyway, this is a good Blood Artist in Green in some way. Instead of 'gain 1 life, hit opponent for 1 life' you do something that is more like what green does (a +1/+1 counter). I think this card is awesome.
Swell of Growth: great battle trick with the land drop. I would take it for a spin in more than just limited. 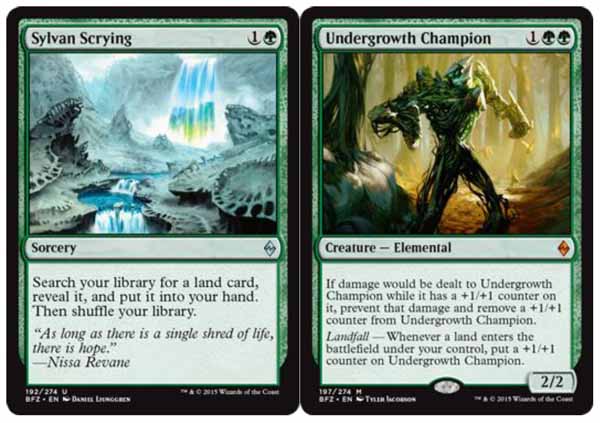 Sylvan Scrying: fun reprint, not at the level of the Thoughtseize reprint in Theros, to be sure. Good Converge enabler.
Undergrowth Champion: it doesn't feel Mythic, I am sure I am missing something that I will learn once I see it in play. I would have been happier if it was just indestructible and then I don;t have to be playing a game within a game with the counters. 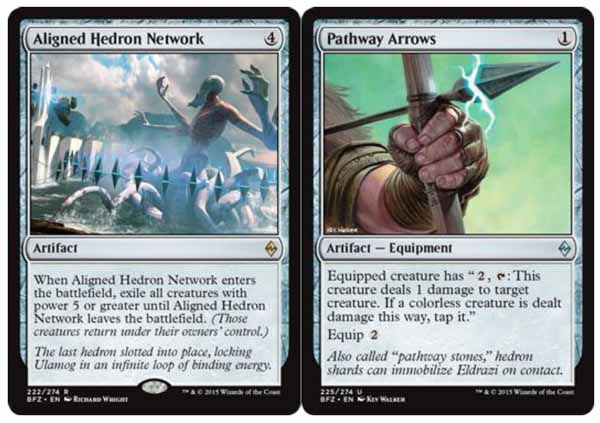 Aligned Hedron Network: neat Oblivion Stone to keep the bigger Eldrazis in check. It works for all creatures and that makes it a very good rare.
Pathway Arrows: better in limited than in any other format because of the colorless bonus. 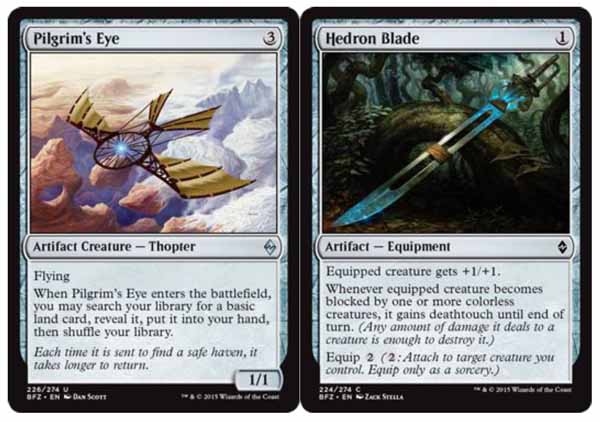 Pilgrim's Eye: Worldwake reprint. Helps with Converge. Also good against mid game mana screw.
Hedron Blade: better in limited than in any other format because of the colorless bonus. 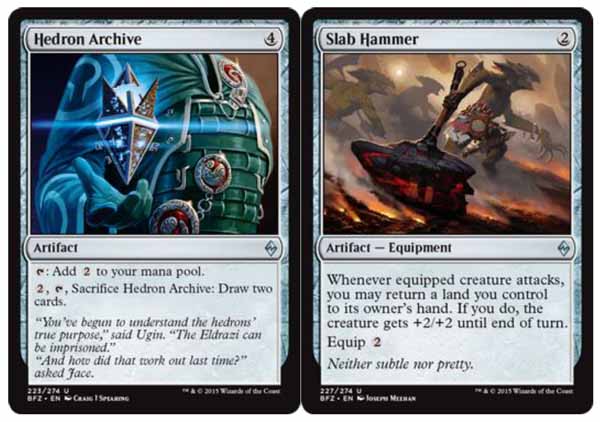 Link to Part 21
Posted by Rubiera