The rare allied colors cycle has been discussed and reviewed by too many already. They will be good in Standard. Some people call them Tangolands. I call them Suckerlands. 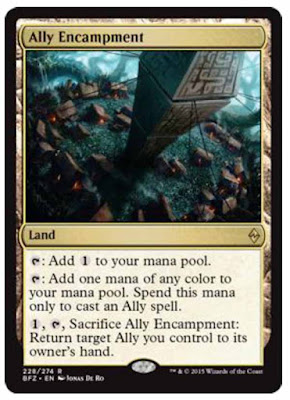 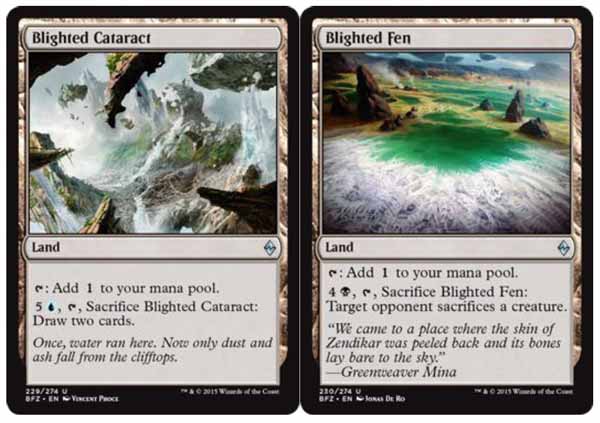 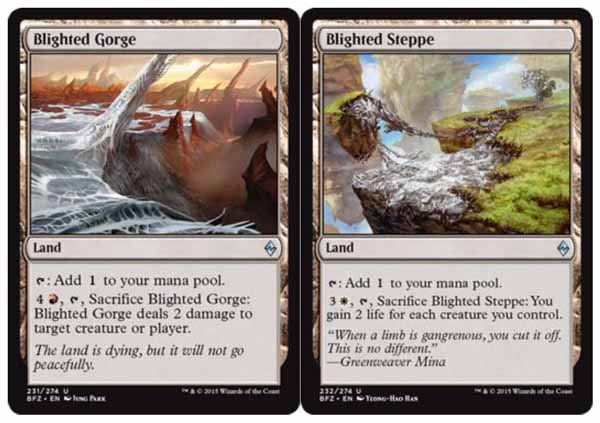 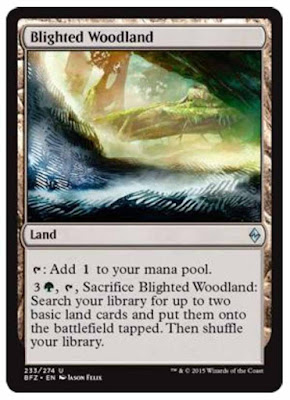 Blighted Woodland: very nice indeed. It replaces itself and gives you an additional land. I like it a lot. 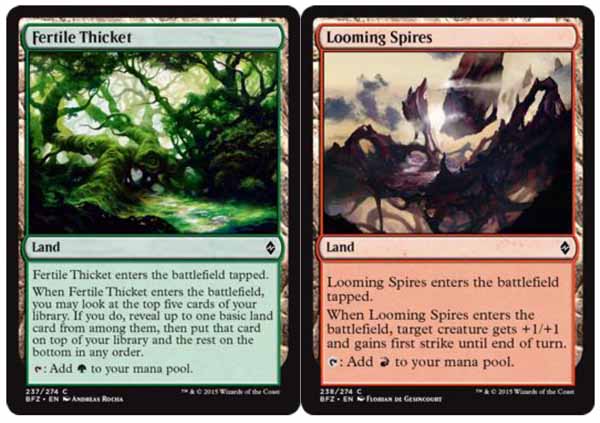 Fertile Thicket: careful use required. OK, you dug up a basic land, and you could also end up putting four very good cards for that phase of the game at the bottom of your library. This card could backfire big time.
Looming Spires: a small effect for a tapped land. I am not sure I would use it. 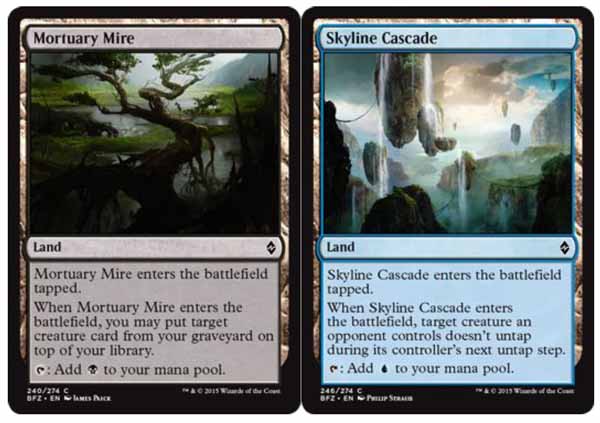 Mortuary Mire: nice effect at common. "Target creature" can be one of your major threats. I like it a lot.
Skyline Cascade: could gain you an extra turn to do something against a big threat. I like this one although not as much as the black one. 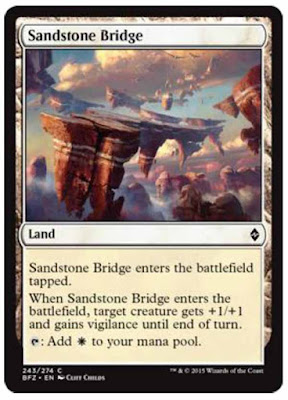 Sandstone Bridge: a small effect for a tapped land. I am not sure I would use it. 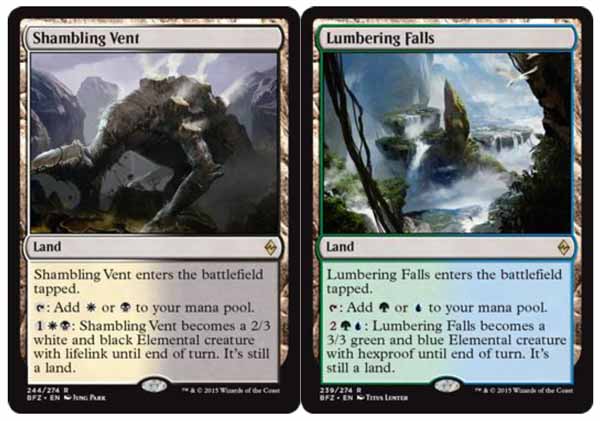 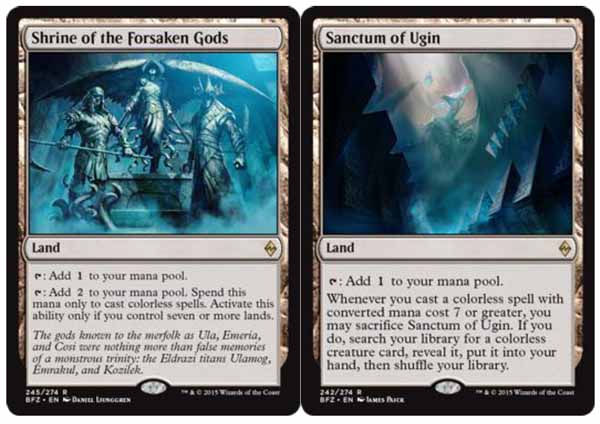 Shrine of the Forsaken Gods: its a nice boost in an Eldrazi deck. This set's Eldrazi Temple. Should be very useful.
Sanctum of Ugin: this set's Eye of Ugin. It is not Legendary, and that makes it really really good, but you have to sacrifice it, and Eye of Ugin does not need to be sacrificed. 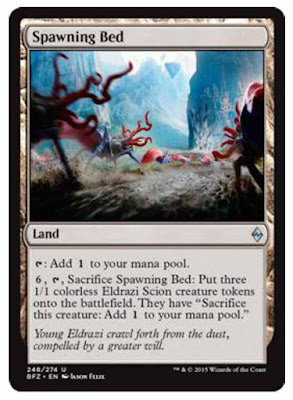 Spawning Bed: a little heavy for the effect, but in casual that does not matter. Great casual card, must play.
Posted by Rubiera