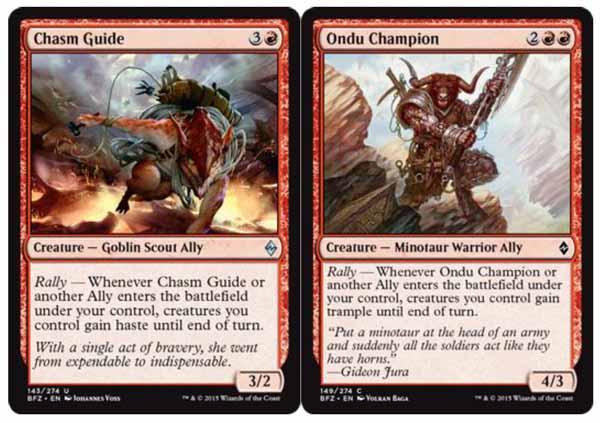 Chasm Guide: haste is a great trigger. This card should be really good in Limited.
Ondu Champion: reads like a late pick in Limited. 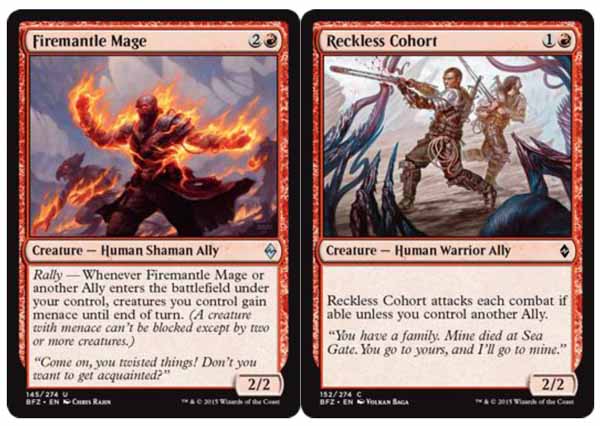 Firemantle Mage: if you have Chasm Guide on the battlefield, when this creature comes you can cause some serious damage in Limited. I could even see that combo working well in Standard Constructed. Reckless Cohort: late pick Limited bear. 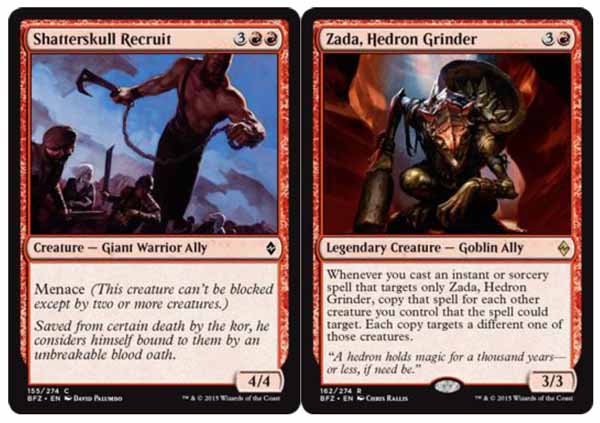 Shatterskull Recruit: a reasonable, yet not a stong pick in Limited.
Zada, Hedron Grinder: where was this Legendary creature when Strive was in Standard? Reads like a Storm creature. This card reads very strong in all formats. 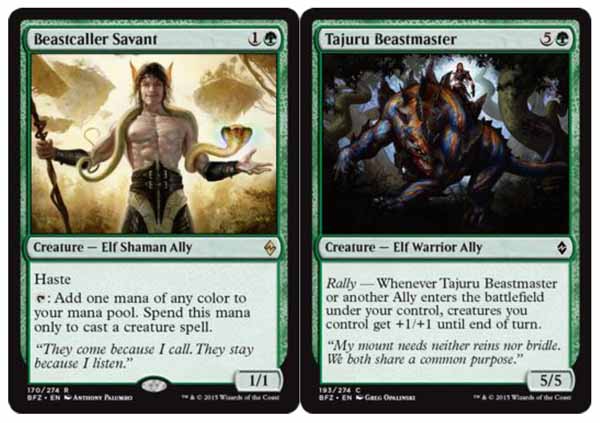 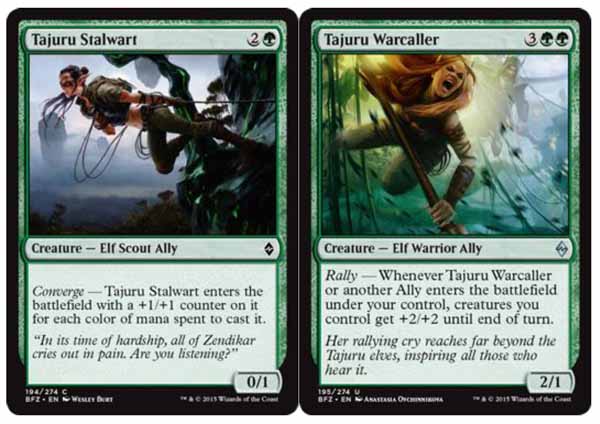 Tajuru Stalwart: I don't see anyone trying Converge in Limited, maybe next set.
Tajuru Warcaller: with a bunch of tokens and other green creatures, this card entring the battlefield should cause all kinds of havoc. It seems like a really solid uncommon that should be tried in Modern in addition to Limited and Standard.

Link to Part 13
Posted by Rubiera