Here is the decklist and a few early games:

In this post I show three wins. The deck can be a little annoying for opponents because once it gets going it is very difficult to stop as long as your opponent is playing a creature-heavy deck. A low creature count control deck is not a good matchup for this deck.

My opponent has an early advantage. 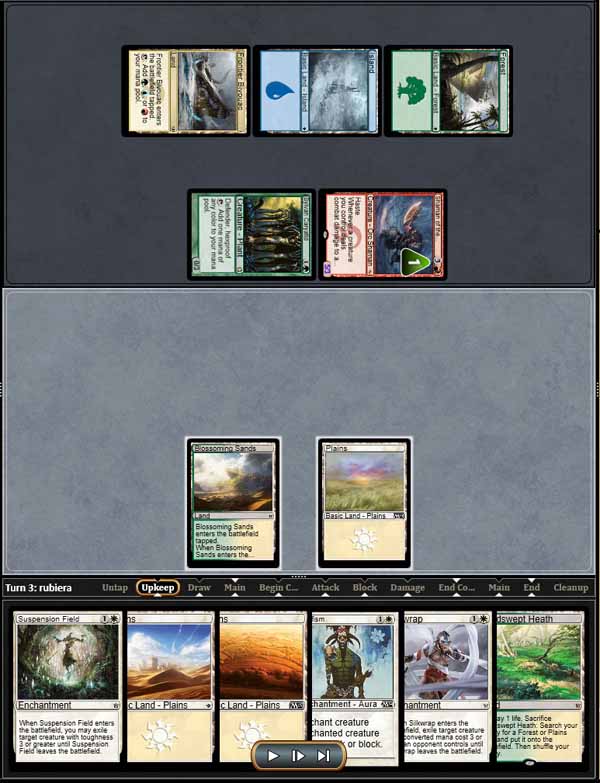 Here I have gulped two creatures. 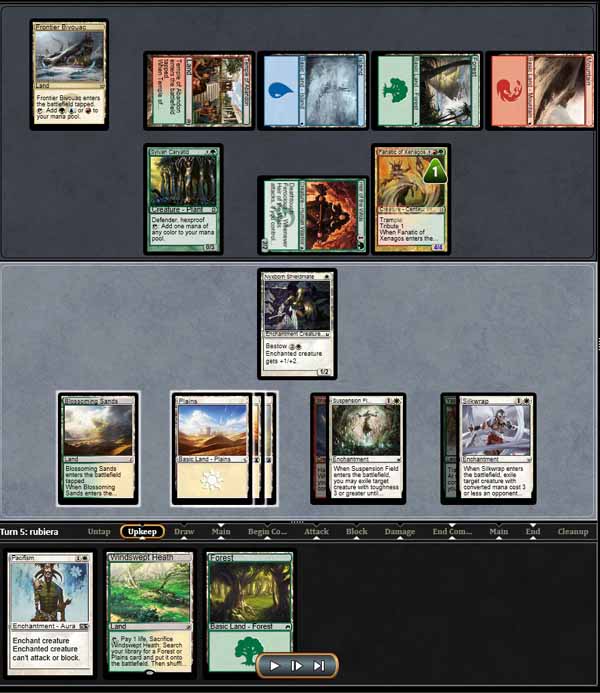 Here I am up to four temporarily-exiled creatures. 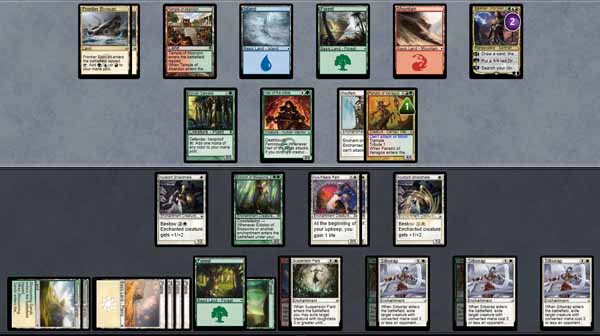 And with Pacifism I can stop creatures that don't have nasty triggered abilities. 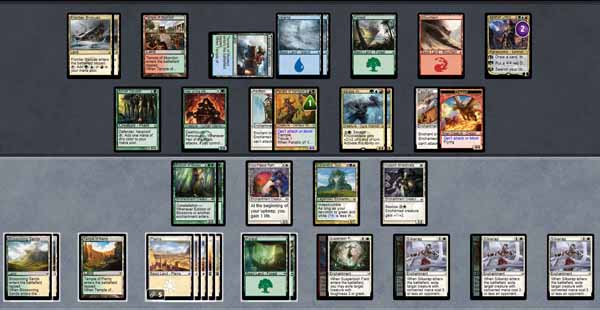 By this late in the game I am trying not to mill myself, and was able to recycle my graveyard once. 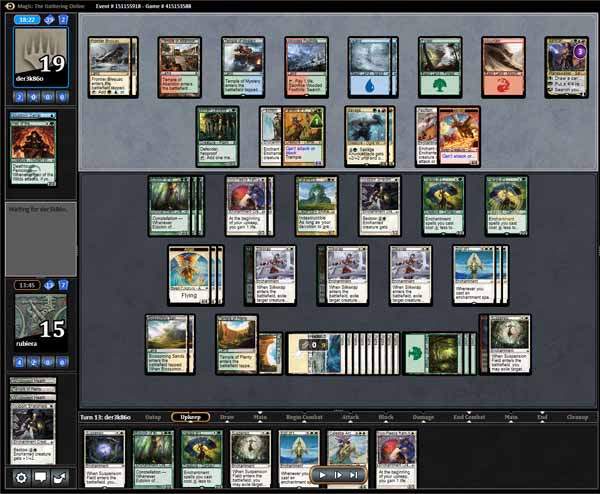 My opponent gave up at this point. 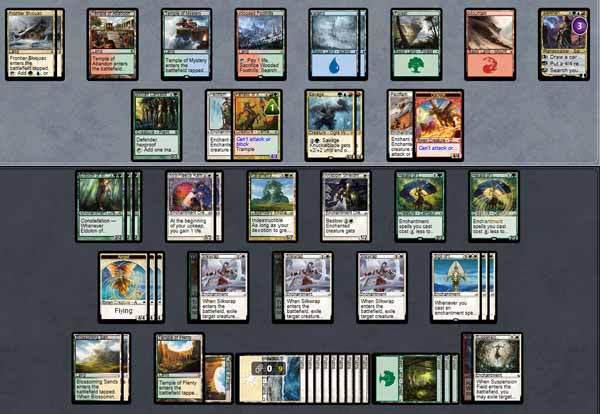 My opponent gave up after I gulped a couple of Goblins. 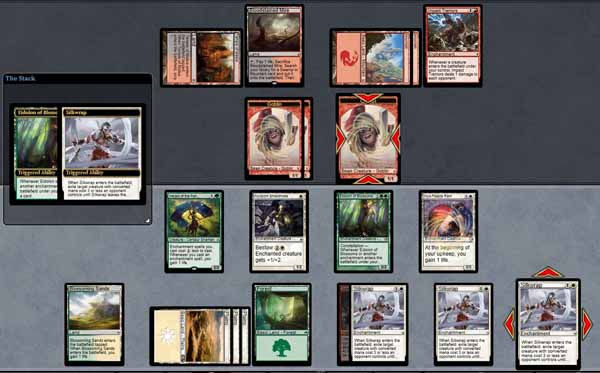 Here is another deck from a different opponent to game 1 featuring a pair of Savage Knuckleblades. 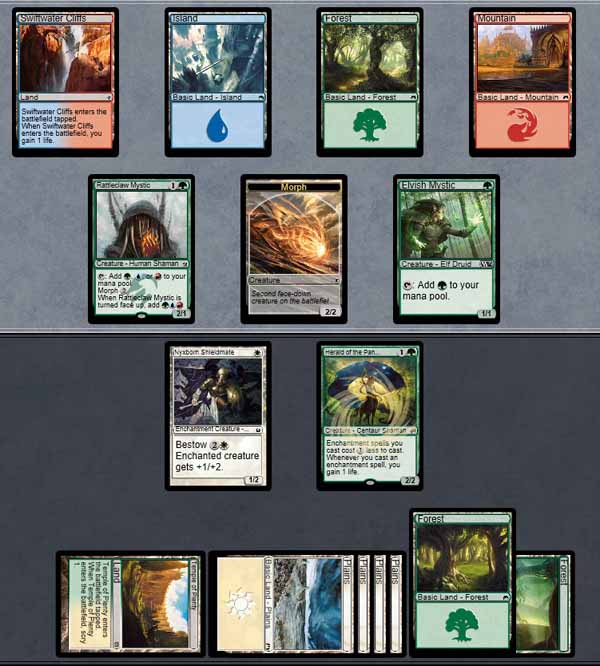 By this time I am worried about generating my 4/4 flyers in the number needed to overwhelm my opponent. 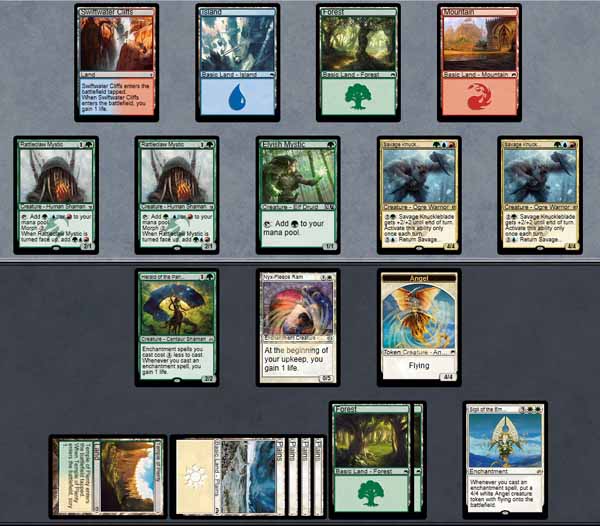 I have three flyers but need to watch how much life I am at. 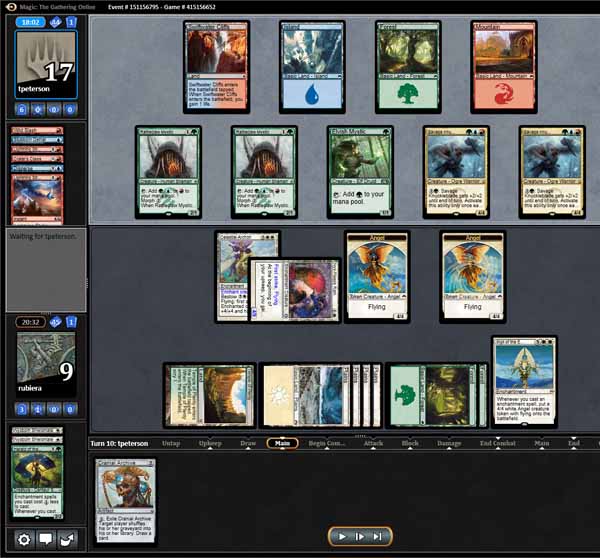 Now I have chump blockers and my opponent gives up. 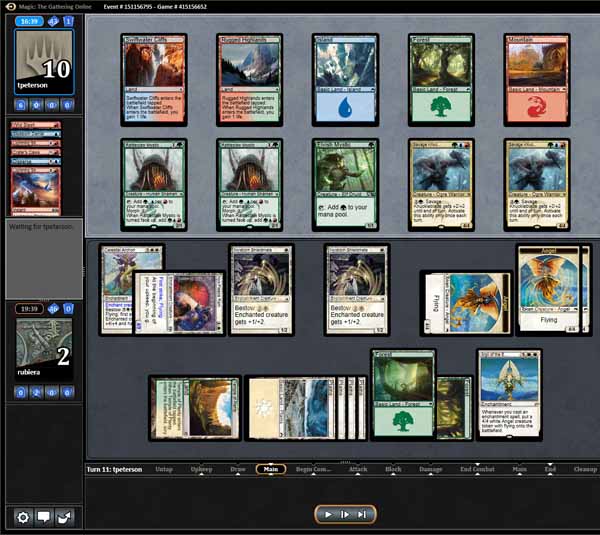