I am not playing the net deck. This brew is "mine, all mine." I don't even know what the net deck looks like in full, but I know it uses the Starfield of Nyx enchantment because I have lost many games to it. This deck tries to be a little faster than the net deck. Drop Sigil of the Empty Throne as soon as possible for winning fun. 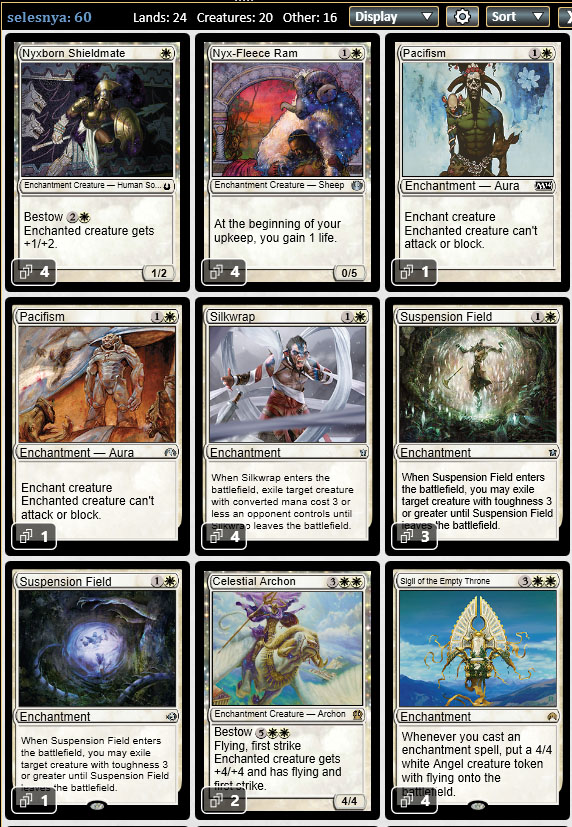 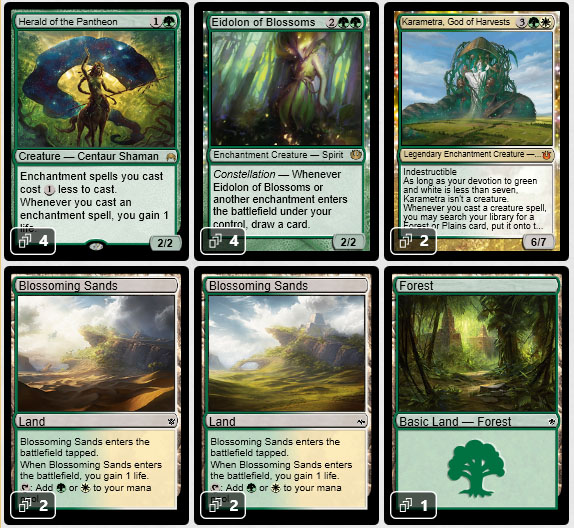 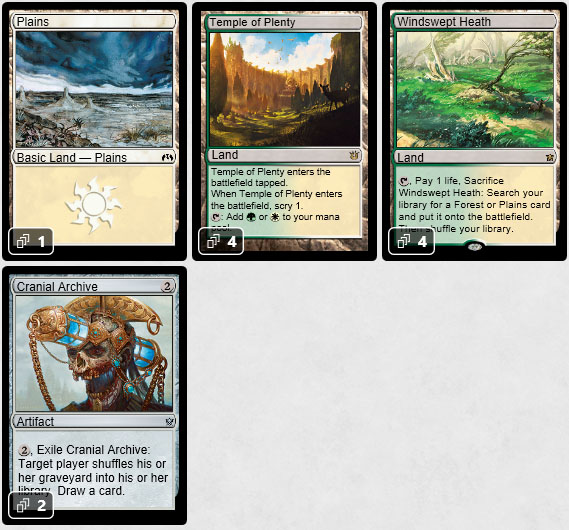 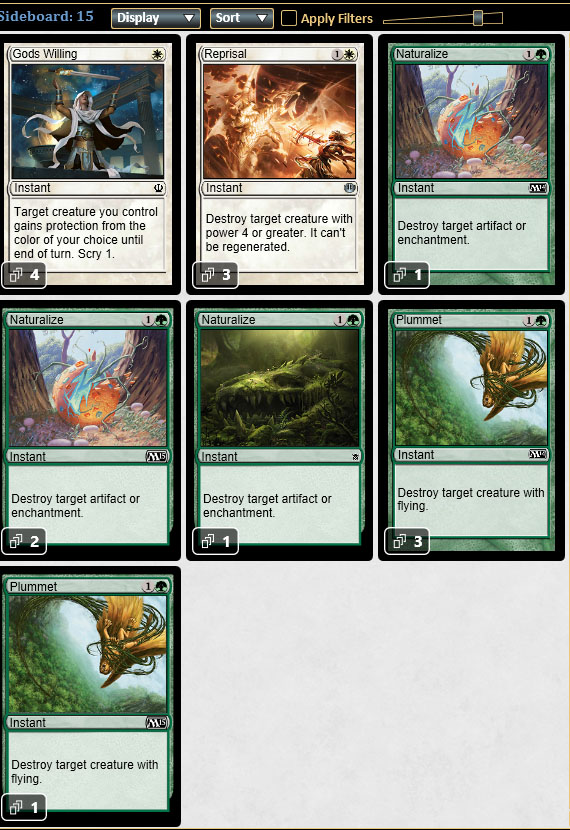 Here is a win against white weenies. In the early stages it looked like I was going to lose. 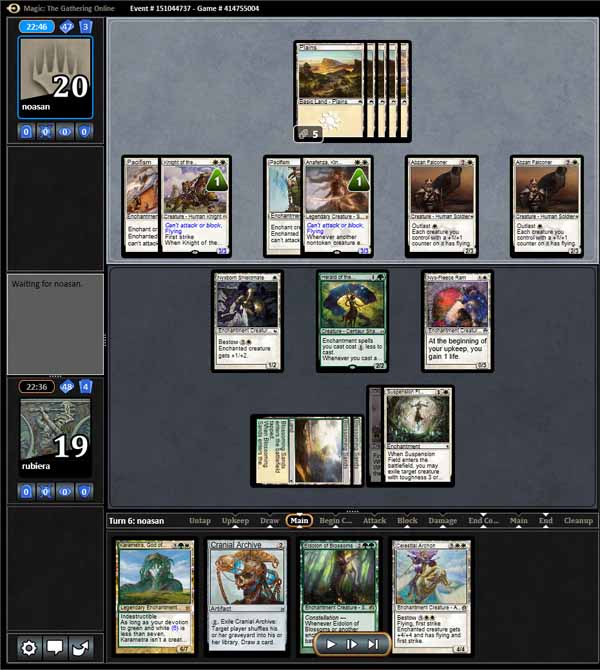 But once the combo gets going, the 4/4 flyers come out as a bunch. Even though I was down by life count, my opponent conceded ahead of what clearly was going to be a lot of 4/4 flyers. 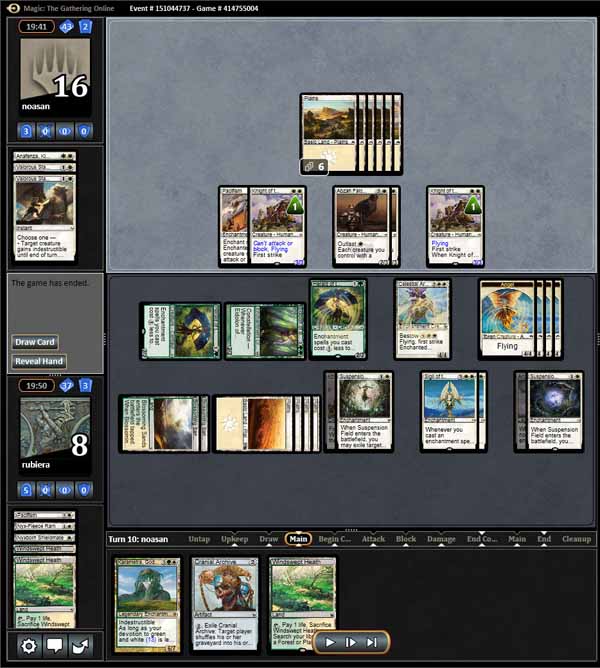 Here is a win against the blue red artifacts deck now doing well. 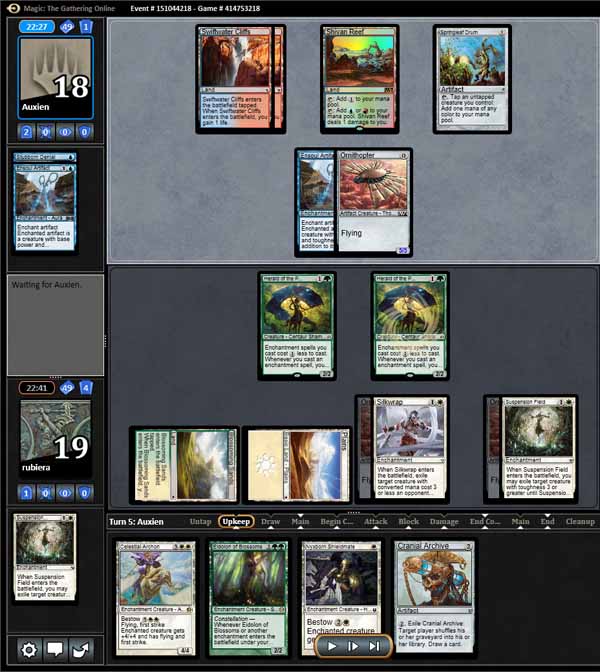 I hit with my flyer and took hits from Ornithopter. 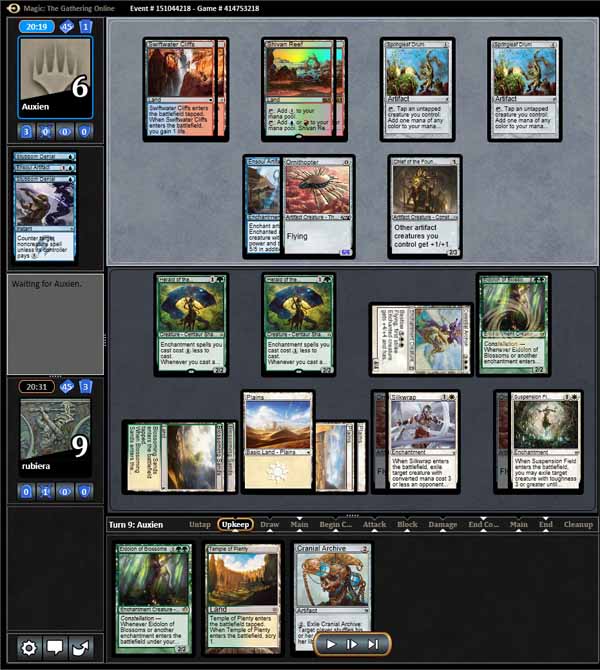 But my opponent realized that I could keep removing creatures and gave up. 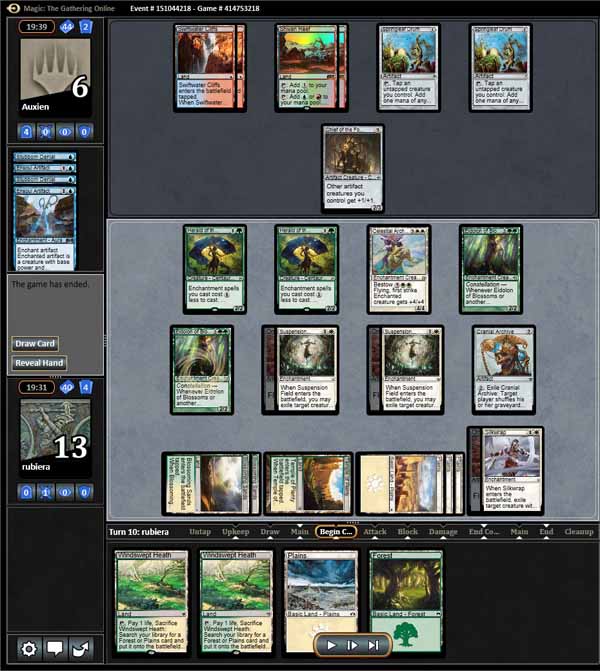 Here is a win against Elves. 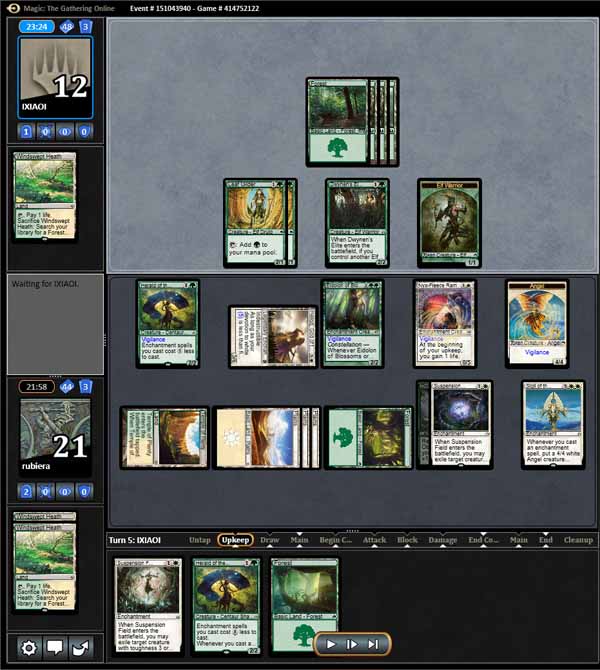 As long as I can temporarily exile big critters I am in business. 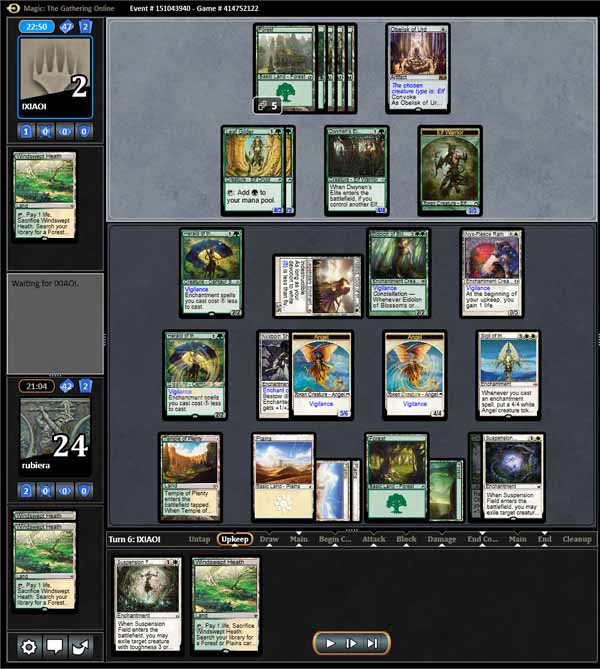 Here is a win against a Jund deck. 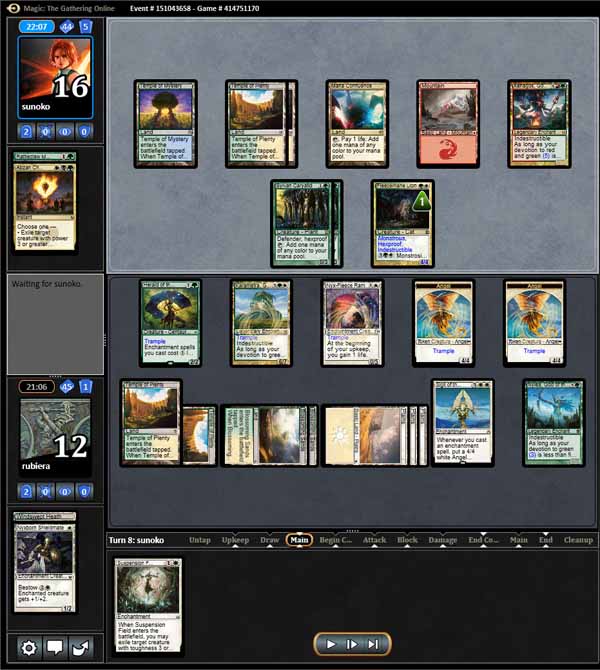 Flyers poised for the win: gg. 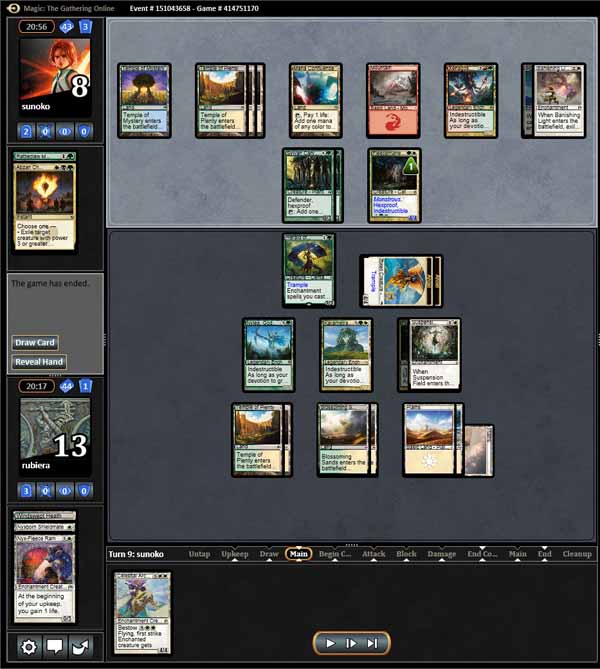 This win was very difficult because I could only use two creatures. 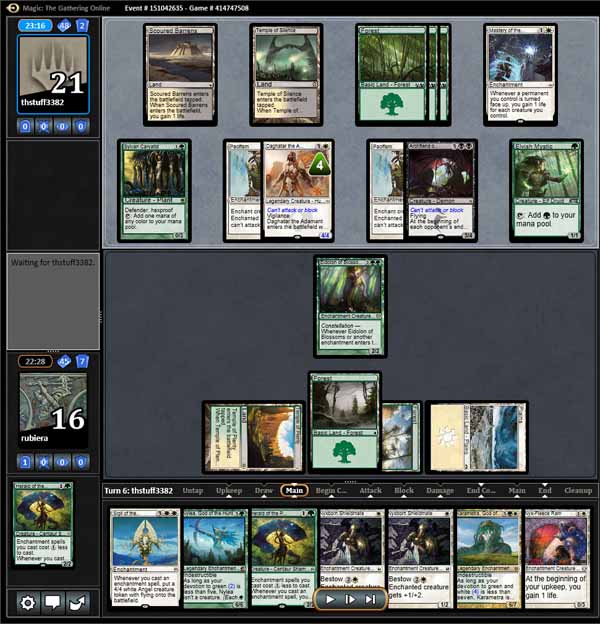 I economized by using Bestow on my 4/4 flyers. 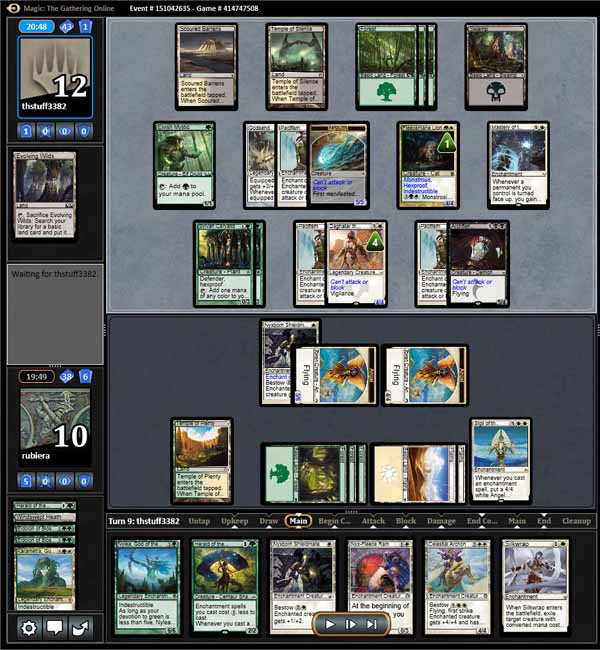 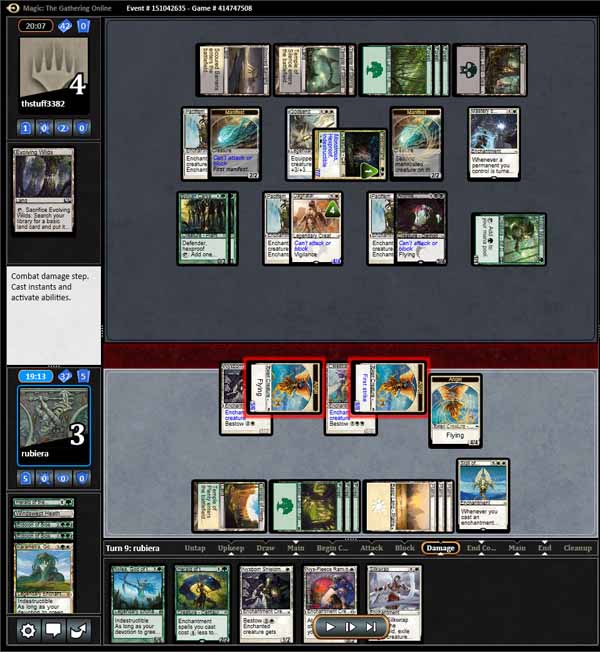 Here is a link to me playing even more of this super fun deck: