Here is a White/Blue with Avacyn Restored cards except for a play set of Mana Leak. The power level online in Modern Just for Fun is pretty high, definitely much higher than kitchen table Magic, and Mana Leak is here to let me play my deck through and occasionally even win with it. 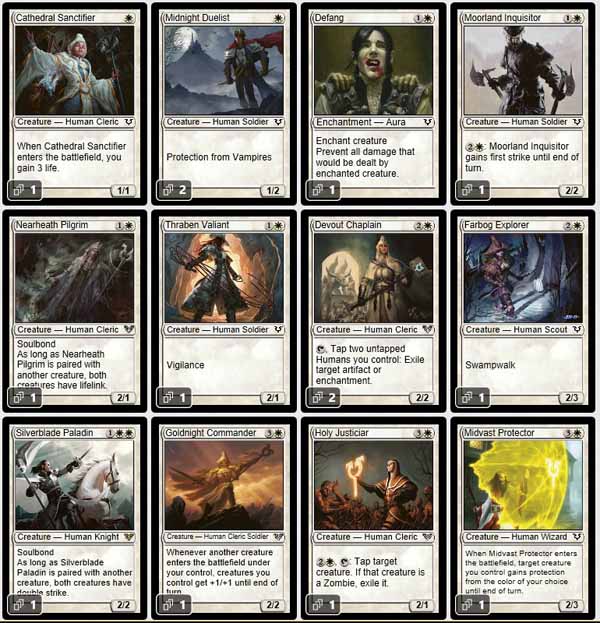 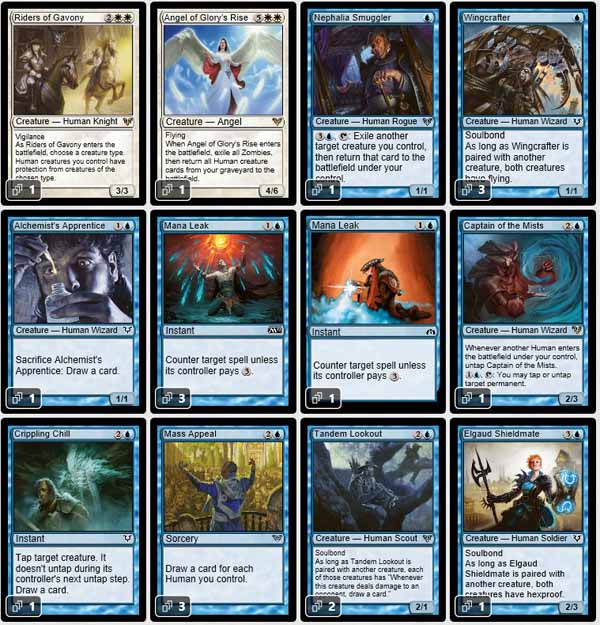 My favorite combos in this deck involved drawing cards off Tandem Lookout or Mass Appeal. A crazy draw is when Tandem Lookout is soul bonded with Silverblade Paladin and they both deal direct damage to your opponent, drawing four cards out a single attack.

Here is the mana curve.

And a few wins.

1. I couldn't do anything about a hexproof creature loaded with Enchantment Auras, yet I could drop Human after Human and attack with my army at will. 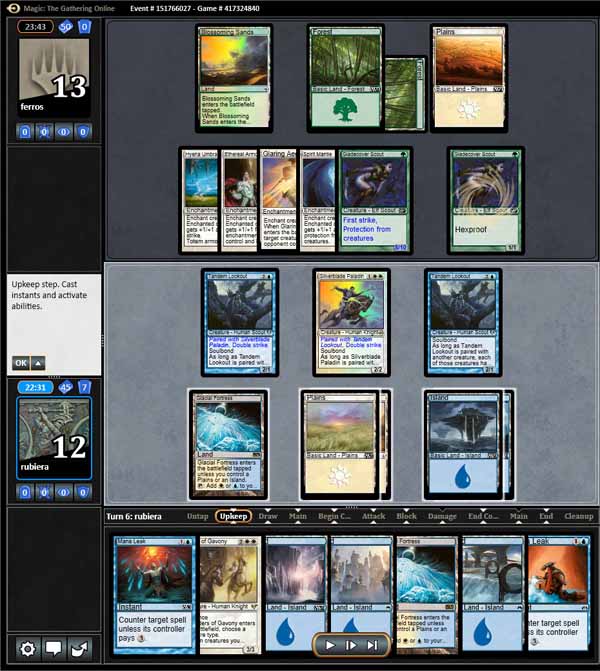 Here is one of the last barrages. 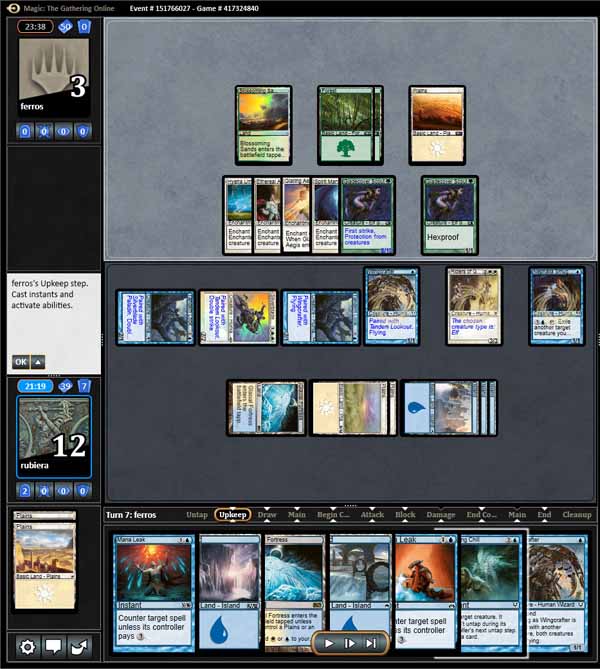 2. This mono black deck forced to discard a ton, but I could draw a ton to replace my lost Humans. 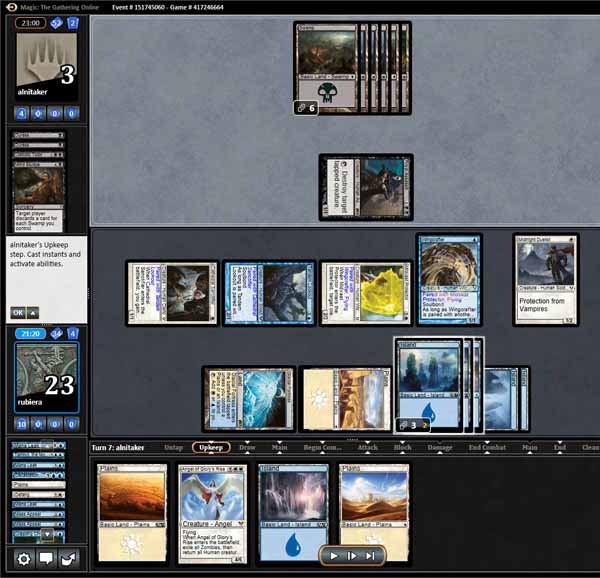 3. Here I outrace a tron deck. By the time my opponent played Wurmcoil Engine, I already had my army ready. 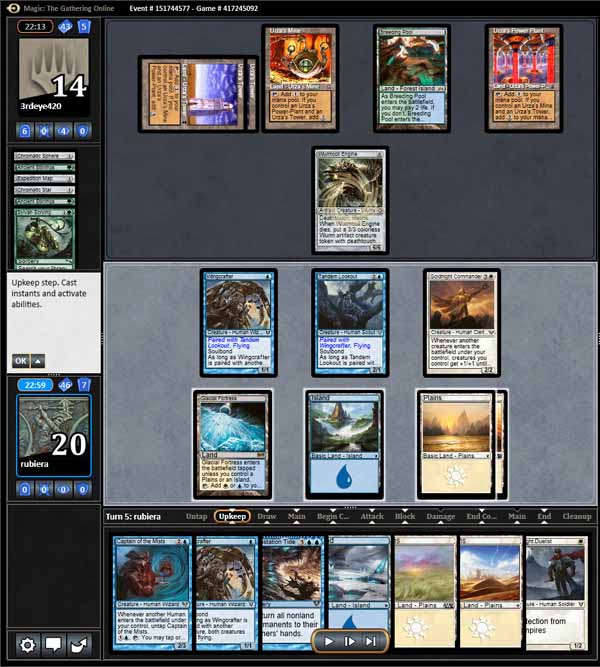 4. Here I lost, yet I did get to play Angel of Glory's Rise. 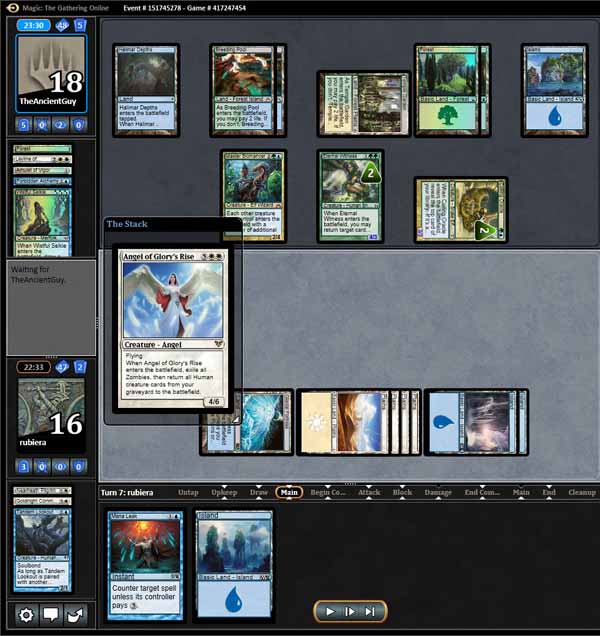 That's a lot of soul bonding, too bad my opponent's deck was full of powerful Modern staples. 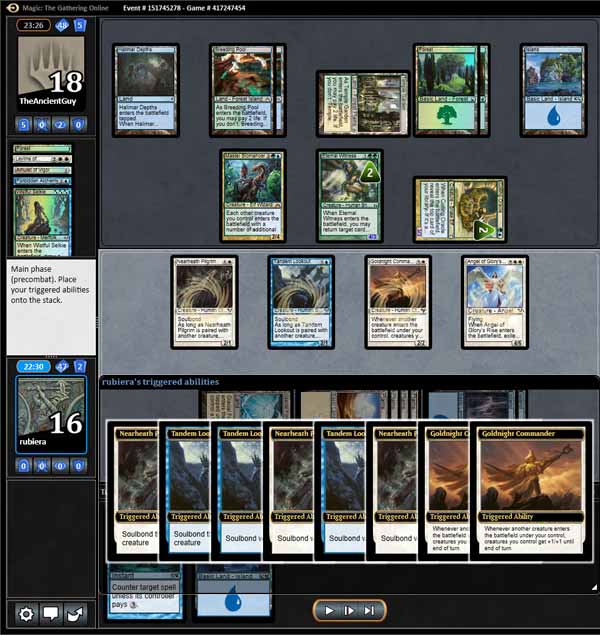