Rise of the Eldrazi has great casual Eldrazi. Ulamog's Crusher is the best one of the bunch. First, it is a common! Second, it is a common! You want it to attack each turn, and therefore this drawback is often not one. Not of this World test: PASS. 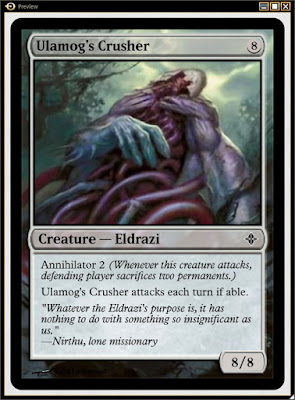 Artisan of Kozilek is a reanimator. Not of this World test: PASS. 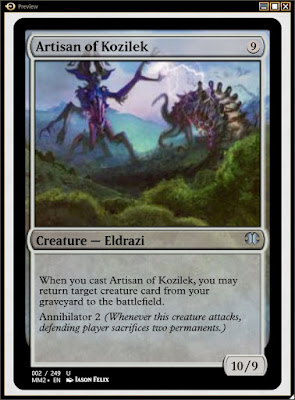 Hand of Emrakul is a free cast with four Eldrazi Spawn. Scions are of no use here. Not of this World test: PASS. 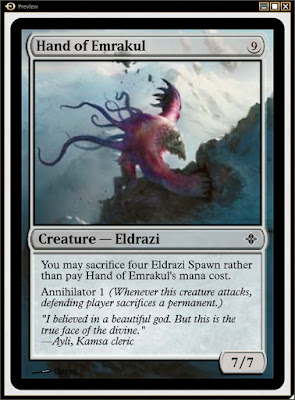 Now in with the new. Bane of Bala Gad has something better than Annihilator 2, because instead of forcing your opponent to discard to their graveyard, they exile the two permanents, which is great with these new Eldrazi, especially for an uncommon. Not of this World test: PASS. Blight Herder is surprisingly weak for a rare. If you have not been good about exiling permanents when you cast it, its just a 4/5 critter for 5, which would pass for a common. Efficient exiling though, makes it come out with three 1/1 tokens, and that is definitely a rare board presence. Not of this World test: FAIL (need 7). 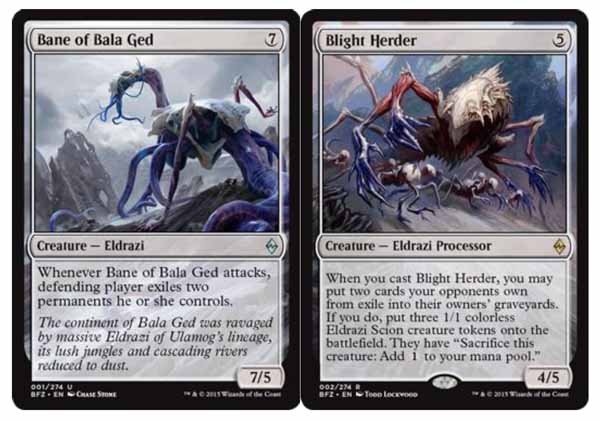 For the next four cards, only Breaker of Armies passes the Not of this World test unaided. Kozilek's Channeler is great for generating enough mana to drop something at 7 next turn. I only see this effect being useful in limited, though. I think efficient exiling in Constructed will have you dropping two Scion tokens instead of using this card. Ulamog's Despoiler has a great 'efficient exiling' bonus that turns this creature into a Not of this World test: PASS. A 9/5 for 6 is very good. 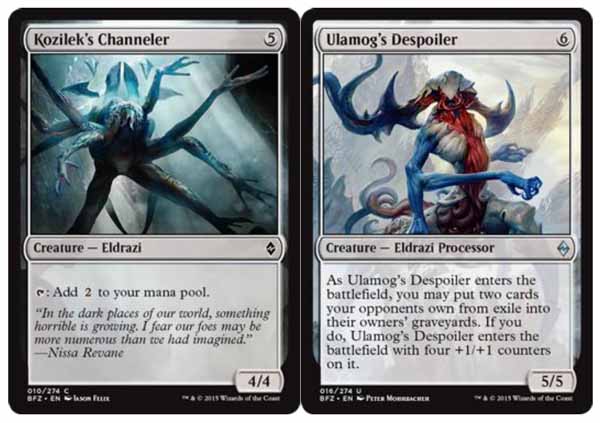 Breaker of Armies begs to be enchanted with Deathtouch and can then be used as a forced board wipe regardless of what creatures it is facing. Of course, if you are so inclined, you can in addition figure a wait to make it indestructible... that would suck for your opponent. Conduit of Ruin definitely feels rare: it tutors your next big threat, and it reduces that cast by 2. If you have 7 mana next turn, you can go up to 9. 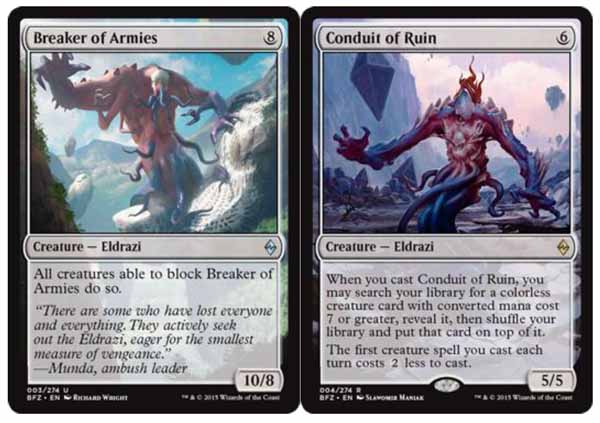 Link to Part 3
Posted by Rubiera