There is support in BFZ for a mono-white Allies deck, and it looks like a White/Red Allies deck will be really strong in Standard. 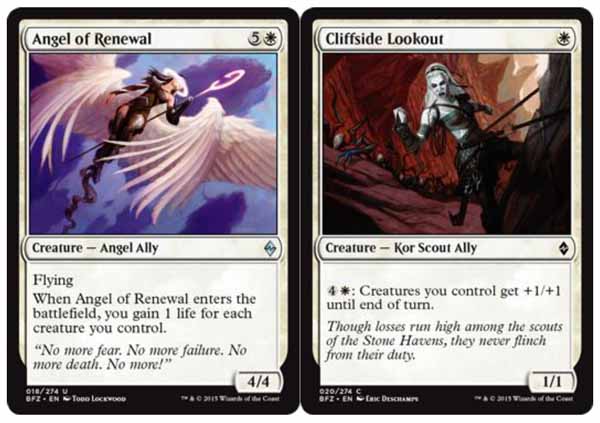 Angel of Renewal: late effect, yet if there are many creatures on the board this is a lot of lifegain. Feels Standard-only. Cliffside Lookout: if it does not get removed by the time you have the extra mana to trigger it, it can be a good effect in Limited. 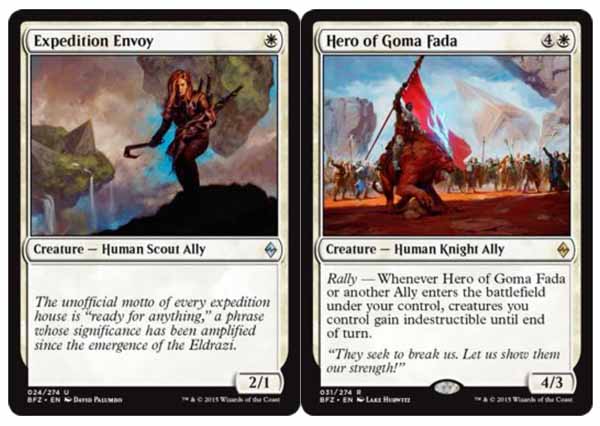 Expedition Envoy: nice attacker for white weenies. A well-played vanilla creature can be an effective beater. Hero of Goma Fada: a late cast that is Standard-only. Its what you cast to launch your army. Should be a bomb in Limited. 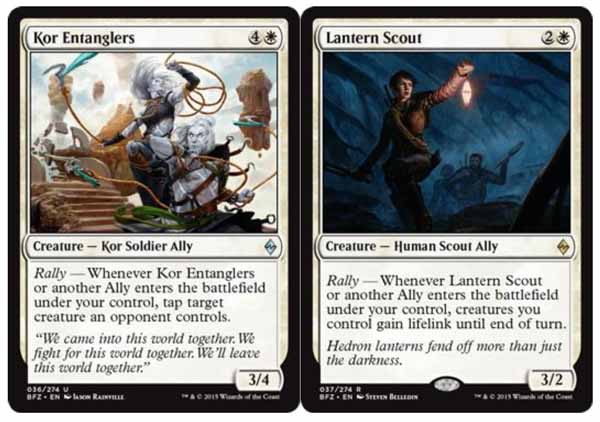 Kor Entanglers: late effect that is good in Limited.
Lantern Scout: part of the mega lifelink deck that can be built in Standard. 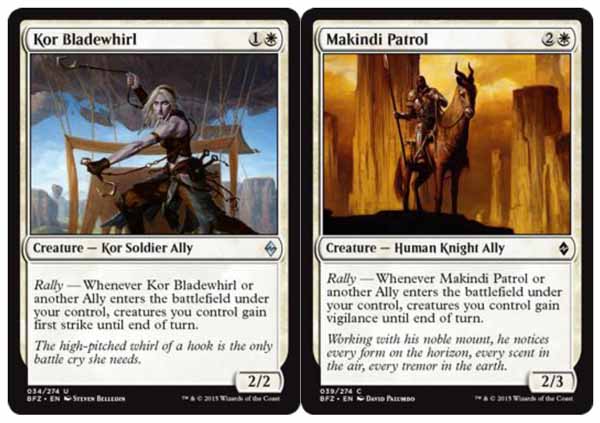 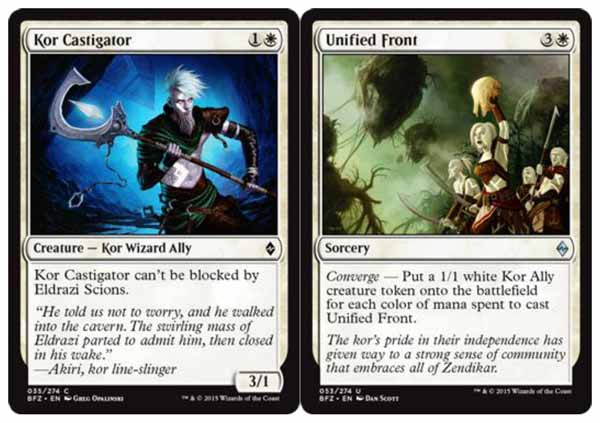 Kor Castigator: definitely only useful while BFZ is in Standard, definitely in limited and maybe in Constructed.
Unified Front: can only be useful in a multicolored ally deck. Maybe Bant (white, blue, green)? or Naya (white, red, green)? A four color deck is a stretch. Maybe with the next set there will be support for four and five color decks. Converge would have been great in RTR block by the time Gatecrash came out and we had access to all ten shocklands. 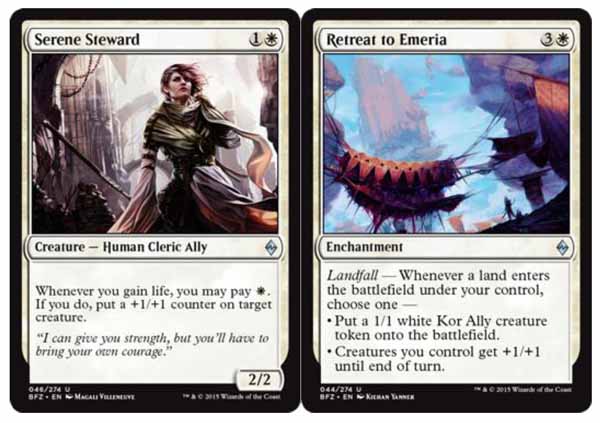 Serene Steward: this is a great bear. If you are gaining life multiple times in a turn and you have the mana, you could be dropping multiple +1/+1 counters that turn. If I pull this in limited I know it would make an Ally deck a lot better. Retreat of Emeria: it can drop a token with Landfall. Seems like a strong card in Limited, not sure if in Standard Constructed because it is a 4 drop. 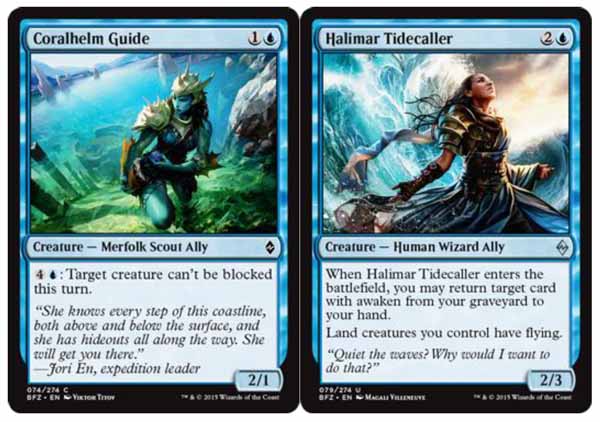 Coralhelm Guide: good in Limited.
Halimar Tidecaller: one of the best cards in the set and worth a build around, maybe even a Modern build with a flicker effect to get more Awaken cards out of the graveyard. This card will only get stronger in Standard with the manlands that are supposed to come out with the next set. Like many other uncommons in this set, it is better than most of the rares.

Link to Part 11
Posted by Rubiera