BFZ Review Part 19: Other Spells (Red and some Green)

I got my jewel in Vampiric Rites, I am getting greedy now by asking for more jewels. 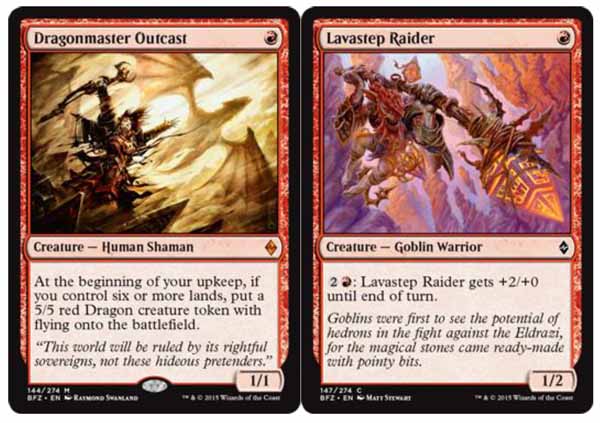 Dragonmaster Outcast: a Zendikar reprint. It must be answered or you are facing a bunch of dragons and a game loss.
Lavastep Raider: solid limited card. 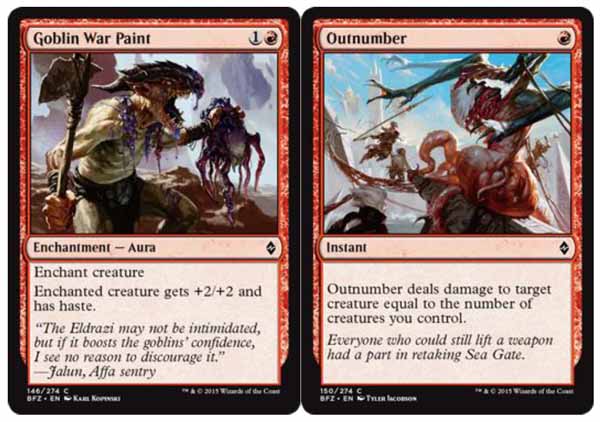 Goblin War Paint: nice reprint, good in Limited.
Outnumber: could be used to give Hornet Nest a really high damage if you have a ton of small critters on the battlefield. Tricky, though, if you are running low on creatures. 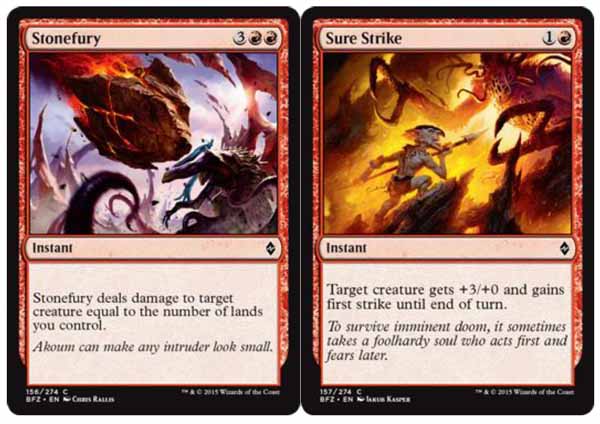 Stonefury: could be used to give Hornet Nest a really high damage late game. I like that it is number of lands, and not number of Mountains. Not sure how it would do in Limited.
Sure Strike: limited battle trick. 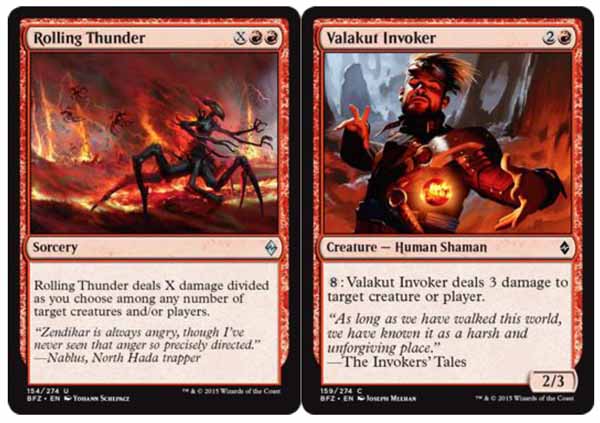 Rolling Thunder: originally from Tempest, a solid card in any format. There are so many cards in Legacy that could in time make their way to Standard (and immediately to Modern, of course).
Valakut Invoker: low priority limited pick. What is the 8 mana activation there for? It will happen very rarely, except maybe in EDH? 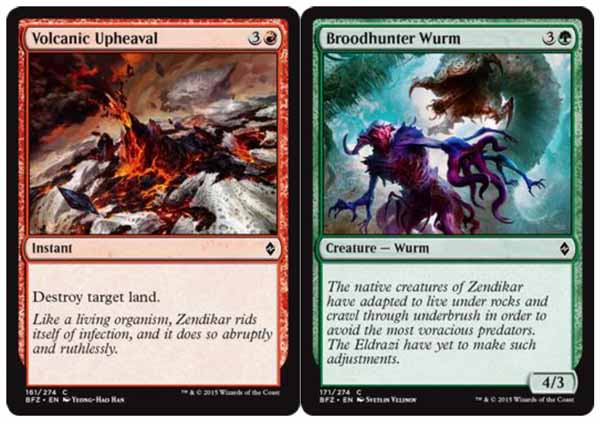 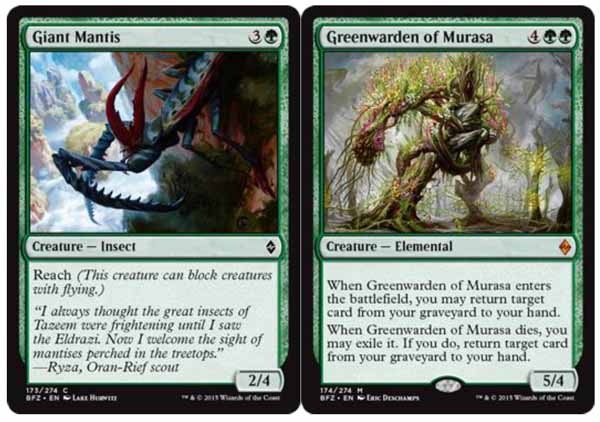 Giant Mantis: limited fodder.
Greenwarden of Murasa: very useful if you have a deck that efficiently fills and keeps filled your graveyard. I am not sure it feels Mythic... It does say "target card" and that can be a planeswalker, for example. 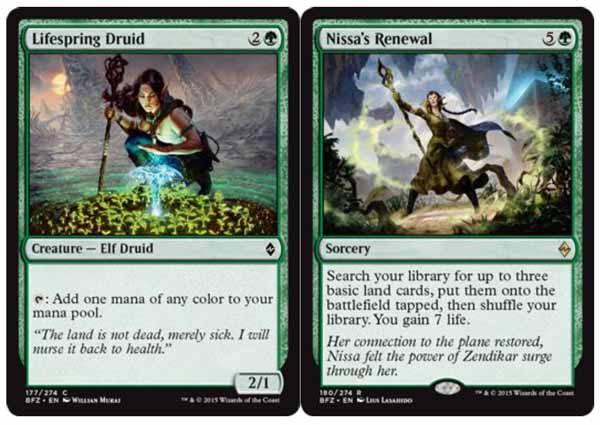 Lifespring Druid: useful for Converge, especially in limited.
Nissa's Renewal: late effect, someone will have to educate me about how useful this card is as a 6 drop in any format.

Link to Part 20
Posted by Rubiera