This deck is very reliable and wins often, more because of the Ensoul Artifact combos than because of Reclusive Artificer. It is a fun deck, but there aren't enough good low cost artifacts to put it over the top as a deck I want to play all the time. Here is the deck. 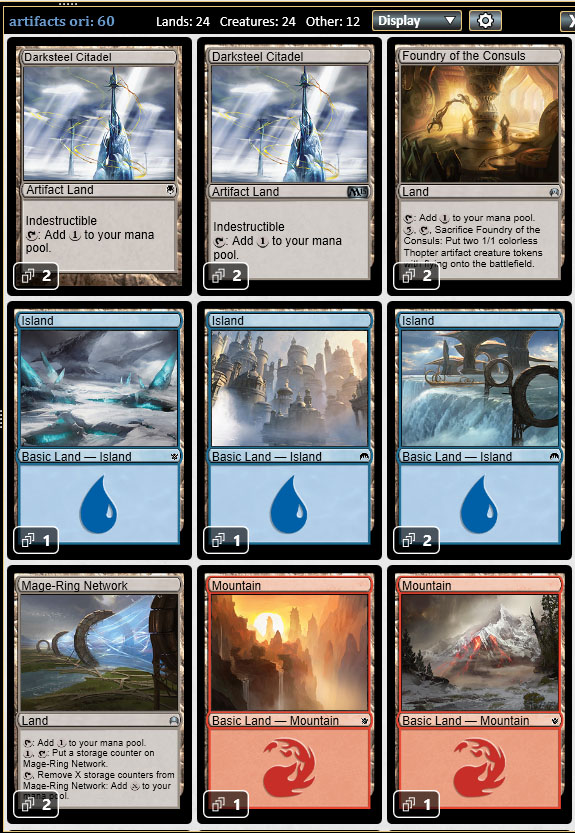 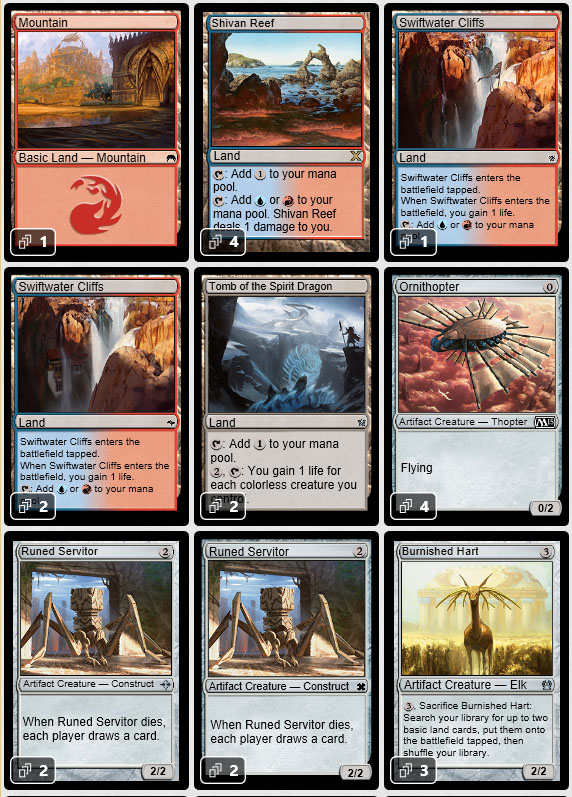 I went through several iterations, including the use of Phyrexian Revoker, but the current doesn't have enough use for it. Here is a win with this earlier version of the deck. 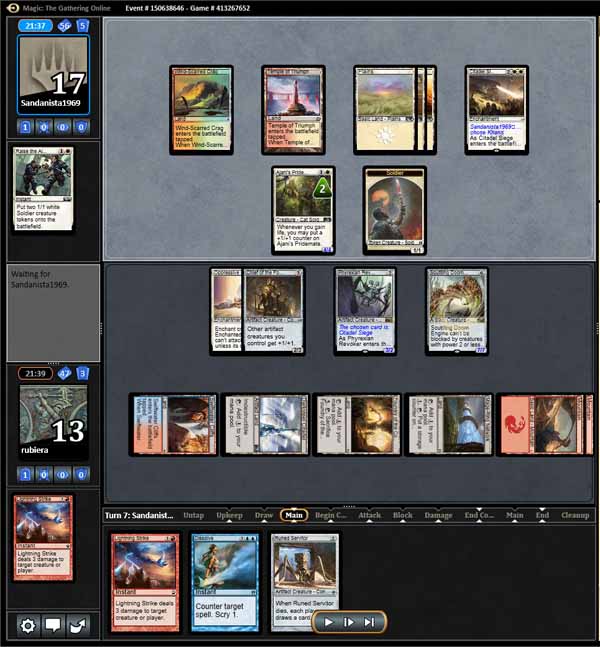 My opponent destroyed my Scuttling Doom Engine, which helped me win. 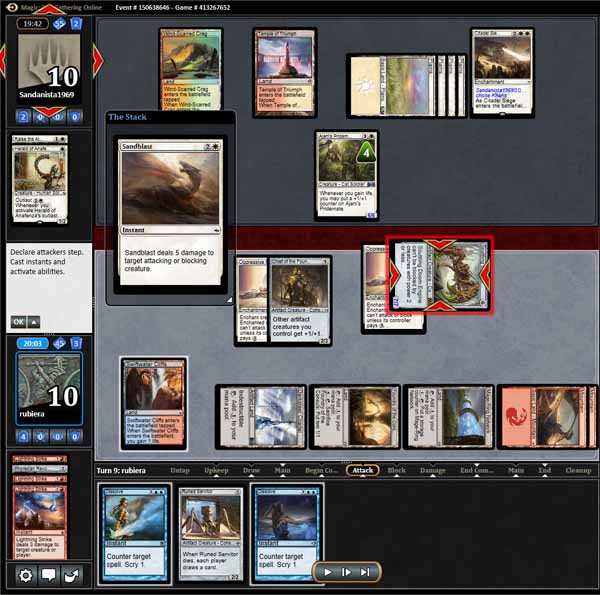 I had flyers and my opponent did not. GG 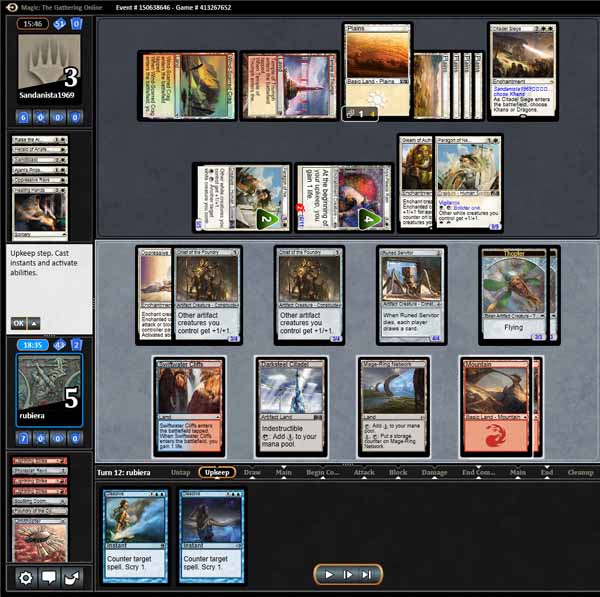 Here I win against a red/green aggro deck. 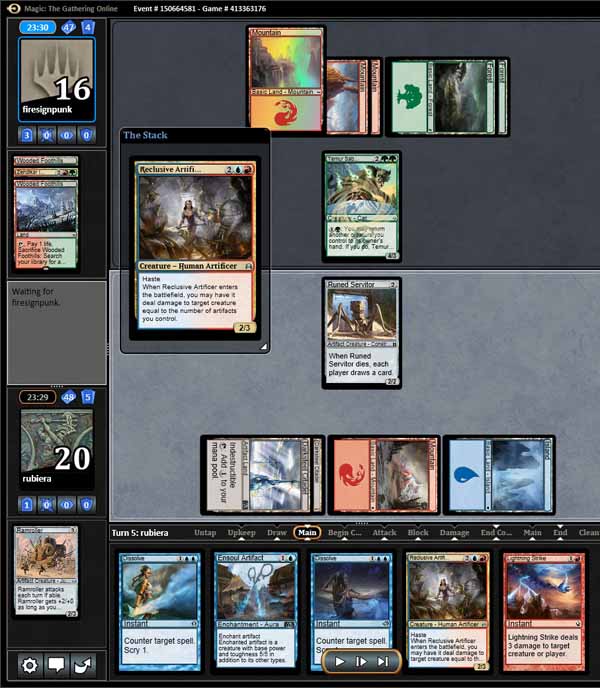 I didn't worry too much about setting up the Ensoul Artifact combo early in the game because this deck can win without it. But when I did get the combo out, it was close to an insta-win, and also earned many rage-quits. Here is a second win. 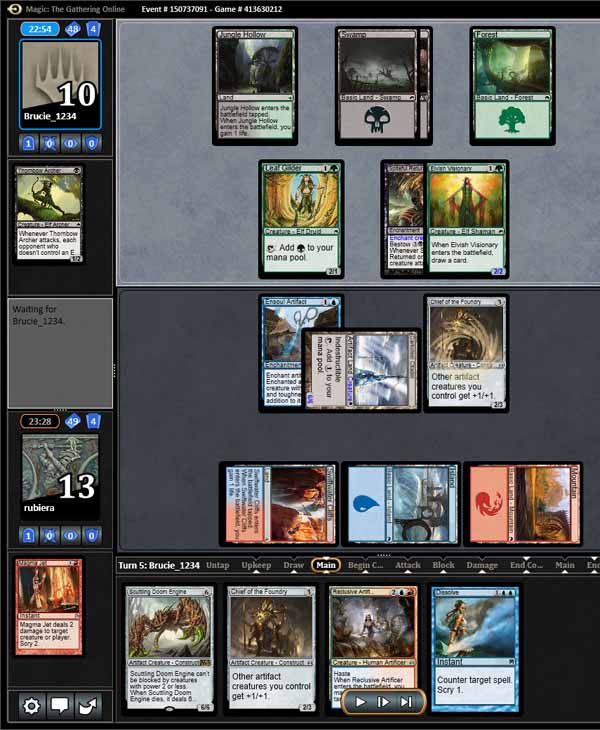 And as in this game, if I go to play Reclusive Artificer AND Ensoul Artifact, winning became much easier against creature-heavy decks. 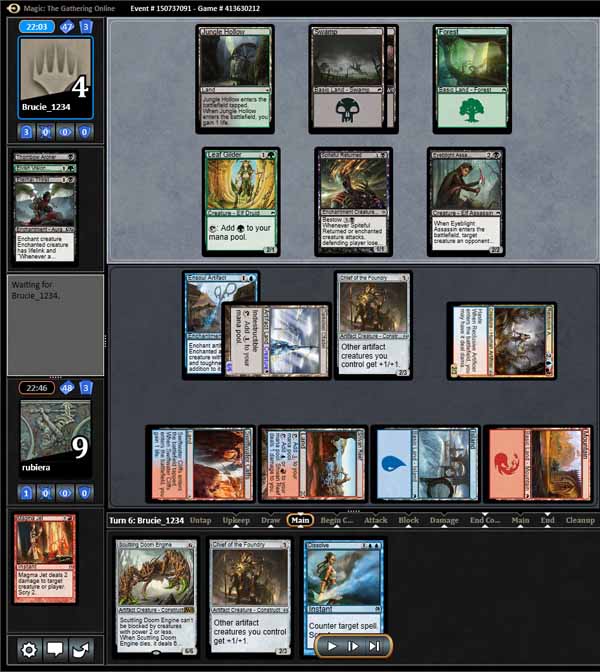 In this third win I set up Ensoul Artifact and even beat a Red Deck Wins deck, which happens often enough with this deck because of how much target removal I have in it. 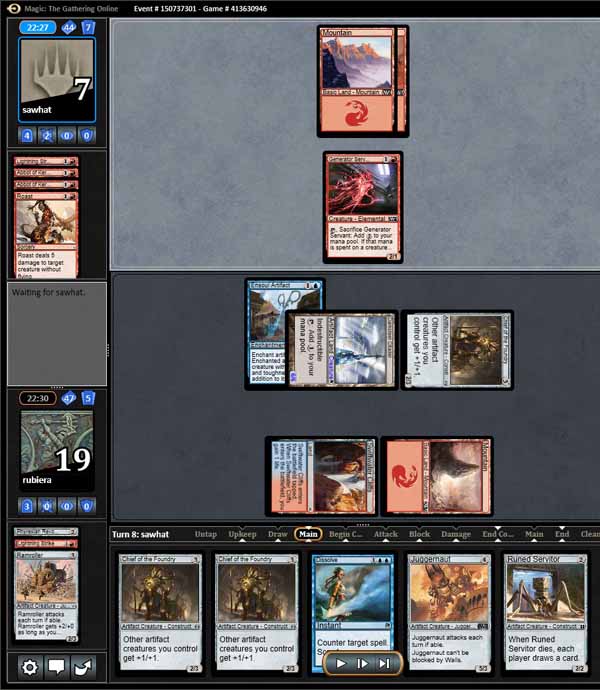